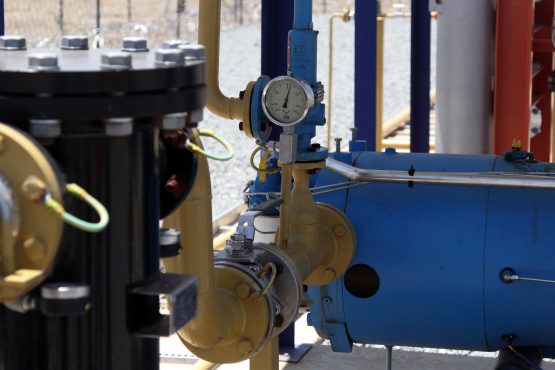 Domestic natural gas and helium producer Renergen will acquire funding to the tune of R200.6 million from mining development company Ivanhoe Mines towards the upscaling of the Virginia Gas Project in the Free State.

In a Sens statement released by Renergen on Monday, the group announced that Ivanhoe will hold a 4.35% initial stake through the placement of over 5.6 million shares at R35.625 per share.

According to the group, which holds South Africa’s only onshore petroleum development right, Ivanhoe has the option to increase its shareholding by up to 55% if it will opt to provide equity funding of $250 million (about R3 billion).

Commenting on the agreement between the two companies, chairman of Renergen Dr David King says Ivanhoe is the ideal partner to accelerate its plans in the development of its world class helium reserves in the Free State.

“This major transaction is a landmark deal for Renergen and one that recognises strong synergies with our new partners, Ivanhoe,” Renergen CEO Stefano Marani said.

Marani adds that the investment is a testament to the company’s growth over the past two years and solidifies the potential of the Virginia Gas Project to become a globally significant liquified natural gas (LNG) and helium operation, especially during a time when the helium market is in a deficit.

The Canada-based mining company is focused on the development and exploration of minerals and precious metals primarily located in Africa. Some of its projects include the Kamoa-Kakula Project, the Western Foreland Project, and the Platreef Project.

“Renergen’s Virginia Gas Project has the potential to provide clean, reliable electricity to augment our own solar-generated power for a 24-hour-a-day alternative to the coal-fired national electrical grid.”

Small Talk Daily Analyst Anthony Clark says he believes there’ll be further investments down the line as per the statement’s suggestion. He however questions what the permutations inside Renergen to Ivanhoe could be, aside from initial capital investment and the stake that Friedland is taking.

“Given the current sanctions going on against Russia amid disruptions to supply, any new global source of these battery-making commodities should draw the attention of buyers who [are] scrambling around in due course to find alternative forms of commodities. What Ivanhoe seemingly […] wants to do is to use the gas of LNG that Renergen plans to produce to potentially power an ESG-friendly (environmental, social and governance) operation to provide electricity for its new mining ventures,” he said.

“This not only bolsters its investment portfolio, but in a world which is rapidly changing […] having a much cleaner [and] greener operation potentially on its doorstep providing globally recognised commodities that could be used in a variety of industrial and EV (electric vehicle) applications, has scored [Friedland] an enormous win.”

nice vote of confidence though not sure what happens when a third party become 55% shareholder. Hopefully their price for taking control has a better formula attached. Good speculative bet company – helium is very interesting besides the LNG angle! speculative, not core

I just hope there is not the intention of taking this company off the the JSE. R200m investment – come on that is for nothing in real currency and $250m for 55% of a world beating asset like this – I think this is underselling the potential of this prime SA asset.