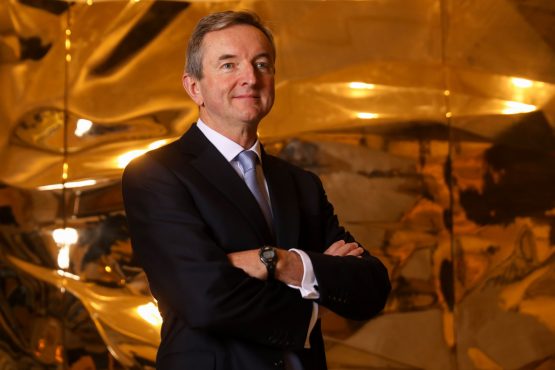 It could be the toughest job in mining. Whoever replaces Simon Thompson as chair of Rio Tinto Group will face a raft of complex and problematic global issues — not least relations with its biggest customer and shareholder, China.

Thompson in March announced plans to step down at next year’s annual meetings, completing a clear-out of top management in the wake of last year’s Juukan Gorge heritage fiasco. Rio is under increased pressure from investors on environmental and social policies, but trade and political tensions between China and Australia may present a major headache for the incoming chair.

“The challenge for the new chairman is the relationship with China — it’s very delicate,” said Philip Kirchlechner, director of consultancy Iron Ore Research Pty and a former head of Rio’s Hamersley iron ore division in Shanghai. The miner “will have to be sensitive not only to local communities, but also to different markets and the complexity of China,” he said. The diplomatic spat that began in 2018 and intensified last year has seen China bar Australian goods ranging from coal to copper, wine and lobsters. While iron ore hasn’t been targeted yet, the world’s second-biggest economy has long held ambitions to reduce its dependence on major overseas producers for the material critical to its giant steel industry — one that’s pivoting toward the lower-emissions future being proscribed by government.

The ongoing fallout from the destruction of ancient caves at Juukan Gorge in the iron ore heartland of Western Australia also poses a potential financial — as well as ESG — risk for Rio and its iron ore business, which accounts for more than three quarters of total earnings.

Rio needs up to 12 replacement mines to maintain output out to 2027, much more than peers BHP Group and Fortescue Metals Group Ltd., analysts at Goldman Sachs Group Inc. said in a March 16 report. Proposed state legislation to tighten heritage protection laws could mean longer lead times for its growth projects. This process will maintain pressure on Rio and its management.

​Investors in Australia are pushing for a local to replace the Oxford-educated, Englishman Thompson — who became chairman in March 2018 — to better reflect the importance of the group’s West Australian iron ore business. Rio’s shares have risen about 45% during his tenure, with the bulk of the gains coming since late 2020 on the back of a China demand-driven surge in ore prices.

“Rebuilding trust with Australians, particularly with the indigenous community and stakeholders, must be a priority,” said Fiona Reynolds, chief executive officer at the London-based investor group Principles for Responsible Investment. “To do this, the chair must ensure that processes are in place so that we never again see the destruction of indigenous cultural heritage.”

The incoming chair will also need to navigate sensitive local relationships in Mongolia, where the government is pushing for a greater share of the spoils from Rio’s giant Oyu Tolgoi copper project, and in Arizona, where local cultural heritage campaigners are seeking to derail the Resolution copper project, which Rio is jointly developing with BHP Group.

When it comes to corporate governance, Rio still has ground to make up on its peers. The resources giant met just five of 14 ESG criteria in a ranking system devised by analysts at Morgan Stanley, putting it among the worst performers among Australia’s top listed miners.Signs of a change in approach are emerging. The company in March announced plans to bolster its reporting on heritage protection and has taken steps to strengthen its climate policies this year. Independent board members Sam Laidlaw and Simon McKeon are jointly leading the search for Thompson’s successor, Rio said in a statement on March 3.

In staying in his post until next year’s AGMs, Thompson would “provide an important period of stability and support” for new Chief Executive Officer Jakob Stausholm and his executive team, Laidlaw said in the statement. “This will allow an orderly process for the appointment of our new Chair and other key Board members.” The group will hold its London annual meeting on April 9.Rio shares rose 1.7% in Sydney on Thursday, out-pacing a 1% gain in the S&P/ASX 200 resources sub index.