Sibanye may wind down gold mines in SA’s fading sector

As it becomes harder to exploit aging assets in an industry that was once the world’s largest.
By Felix Njini, Bloomberg 14 Jul 2021  09:30 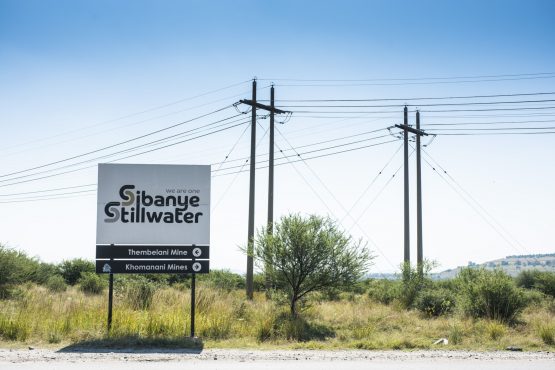 Sibanye Stillwater may wind down its three South African gold mines in the next decade or so as it becomes harder to exploit aging assets in an industry that was once the world’s largest.

The company is among the few remaining South African gold producers squeezing profits from mines that are among the deepest in the world and are becoming more costly to run. Sibanye, which also mines platinum-group metals in southern Africa and North America, may look at gold assets outside South Africa as it winds down the three sites there.

Unless gold prices move much higher and the investment environment improves, Sibanye is unlikely to exploit its Beatrix mine beyond about five years’ time, spokesman James Wellsted said. Driefontein — once Africa’s biggest gold mine and which now goes 4 kilometers (2.5 miles) underground — will run out around 2030, and Kloof about three years after that.

Producers Gold Fields and AngloGold Ashanti have also shifted focus to more lucrative gold mines elsewhere in Africa, Australia and the Americas as they grapple with the costs and safety challenges of operating mines in the country. It’s currently not worthwhile spending money on extending the life of some mines, even after bullion’s rally to a record last year. 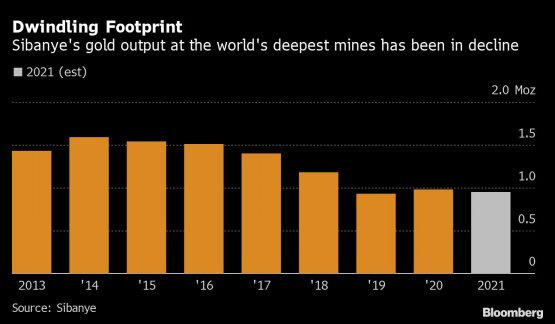 “These mines have got a finite life, some of them are more than 70 years old, so they can’t go on forever,” Wellsted said in an interview. An “investment decision requires a lot of things and at the moment it’s not warranted, the gold price is not high enough.”

The appeal of investing in the sector has waned amid regulatory uncertainty, high power and labor costs as well as community protests and violence, Wellsted said. The three mines that Sibanye plans to run down produced gold at an average all-in sustaining cost of $1,406 an ounce last year, and prices need to be much higher to invest in extending their lives, he said.

Sibanye, which was spun off from Gold Fields’s oldest South African mines in 2013, employs about one-third of the roughly 93,000 workers in the nation’s gold industry.

The value of the gold assets has declined, and income from platinum-group metals has become the biggest contributor to earnings, said Rene Hochreiter, an analyst at Noah Capital Markets in Johannesburg.

“There is nothing much left there,” Hochreiter said by phone. “The assets don’t add much value anymore to the share price.”

Sibanye’s shares climbed as much as 6.2% in Johannesburg on Wednesday, touching the highest in a month, and are up 56% over the past year. Other gold miners also gained for the day, but by a smaller amount, as gold prices ticker higher.

The company will consider acquiring gold operations elsewhere in the world, and dealmaking Chief Executive Officer Neal Froneman in March said he’s prepared to spend as much as $5 billion on assets with an annual output of more than 1 million ounces.

In South Africa, “the industry is a shadow of what it used to be,” Wellsted said. “As we get deeper and as cost pressures increase, you can’t continue to mine unless there is some sort of huge change in the industry, technological or other, that changes the fortunes.”

Yet they apparently have R10 Billion in cash.