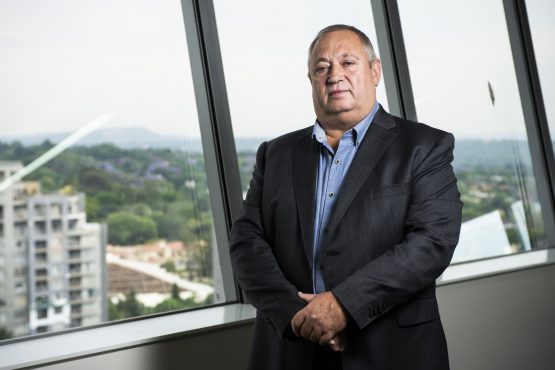 The world’s No. 1 platinum miner said the price of the metal could climb more than 80% over the next four to five years as the global economy recovers and supply dwindles.

That forecast comes as demand for platinum-group metals has already rebounded to pre-pandemic levels, Sibanye Stillwater CEO Neal Froneman said in an interview from his farm in South Africa’s Limpopo province. Platinum has almost doubled from an 18-year low in March amid supply disruptions and a revival in China’s auto industry, which uses the metal in pollution-control devices.

“Platinum has only just started to re-rate and it will continue,” Froneman said.

“There is no reason why platinum will not eventually trade at $2,000 an ounce and probably even higher.”

It’s not Froneman’s first bold call. When the South African dealmaker acquired Stillwater Mining Co. four years ago, critics lined up to say he had overpaid for the U.S. palladium producer. Since then, the price of palladium has almost quadrupled, allowing Sibanye to resume dividends and repay debt. Platinum will be supported by its increasing use in hydrogen fuel cells, while automakers in China and North America are starting to switch the metal in for more expensive palladium in autocatalysts, Froneman said. New technology developed by BASF SE — with backing from Sibanye and Impala Platinum Holdings Ltd. — to partially replace palladium in autocatalysts could boost platinum demand by at least 300,000 ounces a year, he said.

“Substitution has taken off very well in China and the regulatory environment there is a lot more flexible,” Froneman said.

Froneman isn’t alone in his optimism for platinum. The metal could trade at around $1,500 an ounce in 2022, according to Georgette Boele, a senior precious metals strategist at ABN Amro Bank NV. It traded just above $1,100 an ounce on Friday.

“Slowly but surely the stars are aligning for this precious metal,” Boele said in a note Jan. 6.

As for rhodium, the world’s priciest precious metal that extended record gains on Friday, its rally could continue, according to Froneman. There’s still a “substantial” shortfall, said the CEO of Sibanye, which is the biggest rhodium supplier. Rhodium has advanced to $21,000 an ounce, taking this year’s gains to 23%, according to Johnson Matthey Plc data.

“There is no reason for rhodium and palladium prices to come back and there is every reason for the platinum price to increase,” he said. 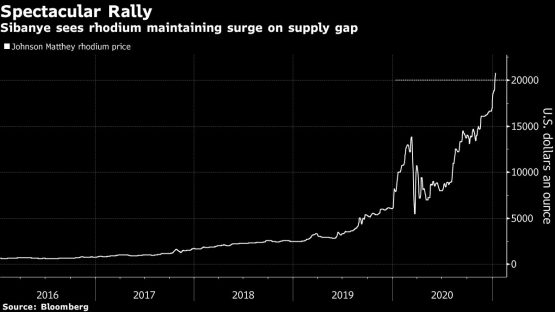 He has made some really tight calls, putting his money where his mouth is and ballsing it to the top every time.

Sticking by the JSE through thick and thin even when others have exited the Azania dream machine- like a member of Shaka’s elite Izicwe regiment. Bayete!

Wish others in this sector- like Gilbertson and Platmin, could emulate this guy. Been waiting nearly 6 years for them to relist on the JSE after they said they were taking a +- 2-year break.

When will they consider the Platinum price to have properly “recovered”? They made a deal with SARS- what’s the feedback or is this more a case of the Joker in Batman? Should we be dialling O-U-T-A?