Ghosts of the Guptas still haunt Optimum coal mine 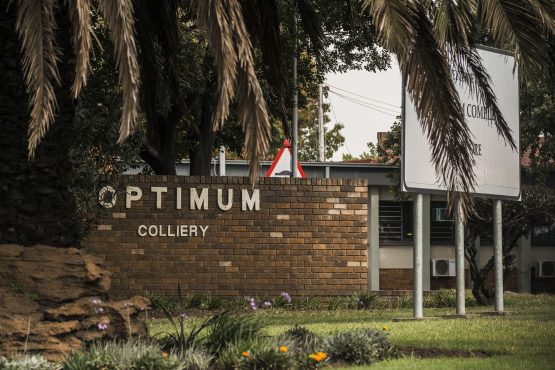 The Optimum Colliery entrance pictured in April 2016, shortly before it was announced that the mine would be sold to the Gupta family. Picture: Waldo Swiegers/Bloomberg

Last week the Pretoria High Court dismissed an attempt by a Swiss-based company, Charles King SA, to stop the sale of the Tegeta-owned assets now under business rescue.

This was the 44th case against the business rescue practitioners involved in salvaging the wreckage of the Gupta’s Tegeta business empire. Tegeta owns Optimum Coal Mine, a share in the Richards Bay Coal Terminal and Koornfontein Mines.

There are suspicions that in 2017, the Guptas, recognising that they had reached the end of their state capture rope, put in place agreements that would allow them to buy the companies back for a song, or at least direct their disposal.

Charles King SA had a written agreement signed in 2017 to purchase Tegeta for R2.9 billion, with a down-payment of R66.7 million. Tegeta’s assets are probably worth 50%-100% more than this. That in itself has raised questions over the authenticity of the share sale agreement, and who was behind it. Why would the Guptas sell their prize assets at below market price?

The down-payment was made on October 22, 2017, but was R2.3 million short. When business rescue practitioners started looking into this payment, they discovered several anomalies. The very next day after receiving payment from Charles King, the money was withdrawn from the Tegeta bank account and used to pay salaries at Tegeta, Optimum and other Gupta companies. This is highly suspicious, as normal procedure in such a transaction would involve paying the deposit into a trust account pending settlement of the full purchase price and transfer of the shares. The Guptas used this money to fund operating expenses.

The question is: who or what is Charles King? In papers before the high court, the company gives a Swiss address, and the deponent to the founding affidavit, Amin Al-Zarooni, describes himself as a businessman and chairman of Charles King, which is a subsidiary of Milu Limited, a private company registered in Abu Dhabi. Al-Zarooni is also a shareholder of and director in Milu.

Al-Zarooni’s founding affidavit sets out his case against Tegeta. There was a share sale agreement concluded on August 22, 2017, whereby Charles King SA was to purchase Tegeta’s total shareholding in the three subsidiaries mentioned above. The agreement required Charles King to pay a deposit of R66.7 million (US$5 million) into Tegeta’s Bank of India account before October 22, 2017. An amount of R64.4 million was paid, leaving a shortfall of R2.3 million, which Al-Zarooni says was the result of currency fluctuations. He authorised payment of the shortfall amount, but it was rejected by the bank “for reasons unknown”.

The then directors of Tegeta waived the shortfall amount, agreeing to add it to the final balance outstanding upon transfer of the shares. On this basis, Charles King was not in breach of the share sale agreement, claimed Al-Zarooni.

The agreement was promptly cancelled by business rescue practitioners who took over Tegeta and seven other Gupta companies in February this year after their banking facilities were closed down (which made it impossible for the companies to continue trading). The rescue practitioners wanted to see evidence that Charles King had obtained Reserve Bank approval for the share purchase.

Among the reasons given for the cancellation of the share sale agreement was the fact that several suspensive conditions in the agreement had not been fulfilled – such as failure to secure permission for the transaction from the minister of mineral resources, the so-called Section 11 consent required in terms of the Mineral and Petroleum Resources Development Act.

Nor had Richards Bay Coal Terminal Company given authority for the sale of shares to Charles King. Eskom was also required to sign off on the transaction, and no indication was given that Charles King would comply with the 30% BEE shareholding requirements. The Competition Commission’s signature was also required before the deal could proceed.

In any event, Judge J Mphahlele dismissed Charles King’s urgent application to stop the sale of the company to anyone but itself. Charles King is now seeking to take the matter to arbitration, and reportedly wants to put in an unsecured claim for the R64.4 million deposit it paid in 2017. “We are happy to take this matter on arbitration, as we would like to get this matter out of the way so that it does not interfere with the sale of the assets,” says business rescue practitioner, Louis Klopper.

All this comes just as Optimum and other former Gupta assets are being put up for sale. Attorney for the business rescue practitioners Bouwer van Niekerk says at least two organisations have complied with the vetting and financial commitment requirements to commence with the due diligence process required by bidders: Vitol and Phakamisa (mining stalwarts Bernard Swanepoel and Patrice Motsepe are involved in the latter). Interested parties are required to show proof of funds or present bank guarantees for R250 million in order to conduct due diligence, which will run through the month of October. Two other potential buyers are also lurking in the wings.

“In the end it will come down to a vote by the creditors, as to which purchase offer to accept,” says van Niekerk. It is unlikely that Charles King will be part of that beauty parade.

The Ghosts of the Guptas and the ANX will still haunt SA for a very long time to come.

I would put Gary Porritt, Marcus Jooste or Dave King in charge of this investigation – it takes one to catch one…in my opinion!

Good thinking – time off for each successful conviction or R100m recovered!

Wow ! Mzwanele Manyi did not have enough Capital as he spent it on ANN7 and as a result will not be joining Patrice Motsepe – When something strange in the neighbourhood who do call !!! Gupta Busters

The Zupta gang will be here for many generations.

As Winston Churchill said (with a little modification”, “Never before have so many been affected by so few”