The gold bulls are back 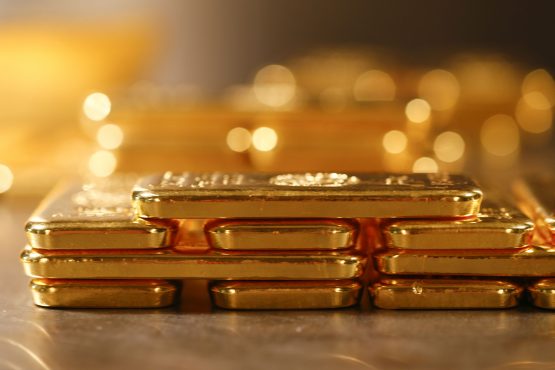 This month gold rallied to its highest level in six years, ranging between $1 480/oz and $1 510/oz. Standard Chartered Bank expects gold to remain at these prices for the rest of this year and then move to around $1 570/oz by this time next year.

What’s driving this latest move is a cocktail of factors: the US trade war with China, negative bond yields and rising retail investment in gold-backed assets.

The recent rise in the metal price has softened jewellery demand from India and China, but other factors are creating powerful tailwinds that will sustain price momentum into 2020 and beyond. Retail investment in gold-backed exchange-traded funds (ETFs) is picking up, while hedge funds are buying on the dips to $1 480/oz and selling on the mini-rallies to $1 510/oz.

World Gold Council figures show that 374 tons of gold was bought by central banks in the first half of this year, most of it by emerging market countries. Second quarter gold buying by central banks in 2019 was the highest in 19 quarters. It was also the highest quarter in six years for buying by ETFs. SA gold stocks have benefitted from the higher price despite weak production figures in the third quarter of this year, largely due to labour-related disruptions at Sibanye-Stillwater.

The predictions for gold range from the modest to the wild.

Gold doesn’t get much love from the mainstream investment crowd because of the peculiar universe it occupies.

It is a physical asset with limited supply and pays no dividend. What is does offer, however, is protection against economic uncertainty.

Frank Giustra, chairman of Leagold, says the global debt bubble has caused massive mispricing in asset values and the world economy is long overdue for a reckoning.

Global debt is now hovering close to $244 trillion, according to Bloomberg – more than three times the size of the global economy. The problem with much of this debt is that returns are now negative or close to zero, which poses massive risk to retirement savings.

This has to end badly for the world economy, Giustra told Kitco News, but will be good for gold. Central banks attack every economic problem with another bout of quantitative easing and appear to have run out of ideas about what to do to keep the world economy afloat.

This failed monetary experiment is going to drive the metal price higher in 2020, says Giustra.

He adds that the best way to participate in this bull run is by owning bullion directly and by making select investments in gold mining stocks managed by teams with a proven track record.

Higher cost mining groups are more leveraged to a rising gold price and therefore offer the potential of spectacular returns – assuming the gold price continues its upward run into 2020 and beyond.

Independent gold analyst Peter Grandich has been pretty spot-on with his predictions in the last six years, calling the break above $1 500 an ounce over a year ago. Gold is now forming a base around $1 500/oz and is preparing for the third leg of a major bull run that will take it past $2 000/oz in the coming few years.

In 2018 he announced he was selling virtually all his equity holdings, arguing that gold was a better vehicle for capital gains going forward. Now that gold appears to be forming a new bottom at just below $1 500/oz, the weak-kneed gold bulls have already cashed out. But new retail investment appears to be picking up the slack.

We’re in the third and final phase of the gold market that started in 2001 and this will be the most explosive phase for gold, according to Giustra, who sees bullion punching through the $2 000/oz mark in the next few years.

This will be accompanied by recession, and countries competing with each other to devalue their currencies.

Giustra has a decent track record when it comes to predicting gold. In 2008 he predicted the world would avert a depression, but that the effects of the easy money project would be felt later and that gold would surge. The metal went above $1 900/oz in 2012 and then spent the next six years in hibernation.

As the chart below shows, coal was (and still is) the driving force of the mining sector for much of the last three years but has since fallen behind the spectacular surge in platinum and gold stocks. Gold stocks have lagged platinum over the last year, breaking a correlation that remained intact between 2016 and 2018.

Coal vs platinum vs gold index

Peter Major of Mergence Corporate Solutions says the commodity market bottomed in 2015, and coal became a victim of the state capture project at Eskom, where contracts were gifted to cronies rather than the large low-cost producers that two decades ago made Eskom one of the lowest cost producers of electricity in the world. That, and the rising costs of mine rehabilitation, pushed most of the large-scale players out of coal.

Instead of coal being shipped by conveyor belt, it was trucked in from afar, causing a spike in the cost of delivered coal for which the entire country is still paying today. Speaking at the recent Joburg Mining Indaba, Eskom CEO Jabu Mabuza said he wants a return to the proven formula of long-term contracts, with coal delivered by conveyor belt.

International coal prices have dropped from about $100 per ton to $60/t in the last few months, forcing investor interest to shift back to other commodities such as gold. The one and only SA unit trust that specializes in gold is the Old Mutual Gold Fund.
Old Mutual were the proud producers of the top performing unit trust in 2019 by a mile. UNTIL THEY CLOSED IT.
Why would anyone do that?
But wait, they also closed their next best fund – the Old Mutual Resources Fund.
Why would anyone do these things.
I am just one of their victims that unfortunately gets tossed overboard just because the Sangoma got a stomach upset.
The entire board of boneheads should please be locked up and prevented from doing further damage to this country and themselves.

OM and their ilk are the world’s biggest scammers, stealing billions from the middle class for over a century now.

This is exactly why we encourage people to acquire their own gold in small bars and create their own pensions. In the market, there are small gold bars suited to any budget, from 0.1g to 5g. Buy daily, monthly, annually, whatever, just get started and make it a habit. In 10 years, you will not regret this decision!

Why buy bars and pay VAT when you can buy KR’s with no VAT?
Apart from that everything you said is correct.

Just imagine how stuffed someone would be now if they had taken yr advice 40 years back and done what u recommend instead of leaving there capital in the markets? Crazy how people can even think that yr suggestion is good…. When looking at gold long term returns vs the average market returns…. Gold has proven time and again to be a disastrous investment. Let’s give u a quick everyday example…. My old man bought a house for R14 000 back in 1981. Today its worth around 4.5 mill. So he’s gonna loose some to capital gains and maintance, rates ect..but he’s also been able to collect rental from it over that period… Which has pretty much canceled out those costs. property price is currently alittle down so let’s knock sell price to 3.8 mill…
Now go work out how much he would have had if he had bought kruggers with that capital in 1981 instead….

This has been on the cards for decades; the smart money always knows first.

Today, with a bit of coaching, anyone can be part of the “Smart Money” and anyone can acquire & hold gold direct with the smallest of budgets!

Just make a habit of acquiring small gold bars (anywhere from 0.1g up to 5g depending on budget). Buy daily, monthly, annually, whatever; just get started and in 10 years it will have been one of the best financial decisions you ever made!

The question is where?

Strange how everyone claims they are the ‘smart money’.