The human cost of SA gold 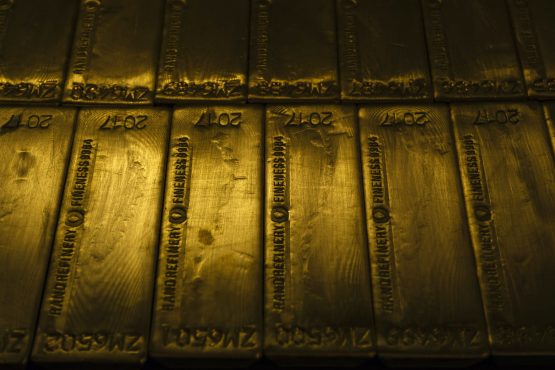 After more than two decades of improving mine safety since the end of apartheid, South Africa’s progress has stalled with an increase in gold-mining deaths.

More than 50 people have died in the country’s mines in 2018, roughly the same number at this time last year. While annual death tolls are far lower than the 615 in recorded in 1993 — the last full year of apartheid — 2017 witnessed the first rise in 10 years.

Most of the gold mining fatalities are due to workers being crushed under falling rocks, caused by more frequent tremors as companies dig deeper for the precious metal, in some cases reaching depths of more than 4 kilometres. The government is investigating Sibanye Gold’s operations, where over half the gold mining deaths occurred this year.

“When you wake up in the morning you think, will I come back dead or alive?” said Sivelly Mangola, a 40-year-old rock drill operator at Sibanye’s Driefontein mine who was once trapped for 30 minutes by a rockfall. “It’s traumatising.’’

The death toll is the bleakest possible illustration of the human cost to mining in South Africa, where nine-hour shifts drilling narrow seams miles underground are a daily ordeal for many thousands. It also raises questions about the long-term viability of an industry that underpinned the economy for decades, but faces competition from cheaper, shallower mines from Ghana to Canada.

The main problem is geology. Pressure from billions of tons of overlying rock results in tremors as gold is extracted from narrow seams, putting the country’s labour-intensive industry close to the limits of human endeavour, according to Nick Holland, chief executive officer of Gold Fields, which mines South Africa’s biggest deposit of the metal.

“This is not some earthquake that just happens, mining causes seismicity, so it’s us,’’ Holland said in an interview at Bloomberg’s Johannesburg office. “Every time we go underground, we are going into a hazardous environment.”

South Africa’s apartheid economy was powered by the gold mining industry, which used drill-and-blast methods, an army of cheap black labour and minimal safety standards to become the world’s No. 1 producer. More than 24 years after the end of white-minority rule, a contraction in the size of the gold industry has helped curb fatalities, but the geology of South African deposits limits technological advances and keeps costs high.

Gold is found mostly in narrow reefs that dip at 30-degree angles, getting progressively deeper after 130 years of mining. Workers can travel up to four hours a day through tunnels to work sites, where they drill holes in seams often just 30 centimetres wide and use explosives to break the rock.

South Africa’s Department of Mineral Resources is investigating complaints that some workers are being victimised for refusing to enter what they feel are unsafe areas, chief mines inspector David Msiza said on August 17. Some deaths could have been prevented, he said.

Some analysts are also concerned. More than 20 deaths at Sibanye this year undermines its investment case, Citigroup analysts Johann Steyn and Shashi Shekhar said in July. Citi said it’s concerned that Sibanye has reduced management oversight and mined high-grade pillars that were previously considered “too dangerous” to exploit. Sibanye has undertaken a rapid-fire series of acquisitions that transformed the company into a diversified precious-metals miner with both southern African and US assets. Now, it’s seeking to acquire platinum producer Lonmin.

Steyn declined to comment further when called by Bloomberg News.

Gold Fields has reported no fatalities this year, but its struggles to turn around its unprofitable South Deep deposit mirror some of the challenges facing South Africa. The company’s plan to end monthly losses of R100 million involves more than 1 500 jobs cuts. That has drawn a hostile reaction from a government facing a 27% unemployment rate.

While South Africa has the world’s largest gold reserves after Australia, declining profitability may deter the investment required for more mechanised operations.

“There is still a large resource there, but for our industry to survive there ought to be a steep change in technology we use, to bring costs down,” said Raymond Durrheim, a professor of geo-sciences at the University of Witwatersrand. “Mining could still go on for the next decades, but as margins get squeezed, there is less appetite for that kind of investment.” Gold output slumped for a ninth consecutive month in June as producers struggle with a volatile currency and government rules that seek to redistribute the nation’s mineral wealth. Even if miners can restore profitability, the technology to mechanise South Africa’s gold mines doesn’t currently exist, according to Durrheim.

“With current mining methods, seismicity will continue to be with us,” said Durrheim.

or bring in the Chinese who, I guess, don’t even count the deaths.

We all know why. It is this kind of mindless PC sensationalist but empty and seemingly important articles that is slowly killing MW.

While this is an unacceptably high death toll what nobody is talking about is that over 50 people died in taxi related accidents within the first 3 weeks of the year. The death toll from taxis is way, way in excess of anything coming from any industry, never mind the mining industry. More miners will die in taxi accidents than in mining accidents yet somehow this is not worth mentioning. It seems the taxi industry – the country’s version of royalty – can kill (mainly low-income Black) people at their heart’s content with outrageous, lawless, reckless driving which promotes a culture of lawlessness that we all see every single day. It is a vicious mafia yet only more thuggish. Yet somehow this disgrace to the country receives no attention whatsoever.

Quote,
an army of cheap black labour and minimal safety standards to become the world’s No. 1 producer.

The mines had never minimal safety standards. For a simple reason.
Called brains at work. All, black and white skinned, where working in mines for a living. Facing the same hazards as today.