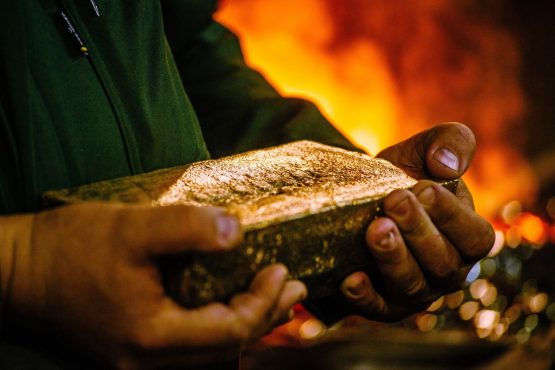 Despite the Covid disruption to operations in April and May, the runaway gold price put smiles on the faces of gold producers everywhere. Image: Waldo Swiegers, Bloomberg

In the week that was, Gold Fields announced it had doubled its interim profits for the period to end June 2020 and paid shareholders a special dividend equivalent to the entire previous year’s dividend. And this despite the Covid-19 shutdown of operations.

Impressive as this is, Impala Platinum (Implats) went one better, stating that it expects a nearly five-fold increase in headline earnings for the full year to June 2020.

In more good news for the platinum group metals (PGM) producer, criminal charges against Mark Munroe, CEO of Impala’s Rustenburg mining operations, were withdrawn. He was charged under the Disaster Management Act for recalling workers in early April during the Covid-19 lockdown; Implats maintained it believed it had exemptions for the return-to-work order.

The company says it is following global best practices in slowing the spread of the virus, though the charges against its senior executive in charge at Rustenburg shocked the business community at the time.

A weak rand and particularly strong palladium and rhodium prices are largely responsible for the improved performance.

“The benefit of a significant increase in the dollar basket price for PGMs, together with rand depreciation, has resulted in a meaningful increase in gross profit, which is expected to increase to R23 billion in the period from R7 billion in the comparative period, despite an expected 5% decline in refined and saleable PGMs to 2.8 million 6E ounces relative to the comparative period,” reads the Implats Sens statement.

This is substantially better than the 6% contraction in interim Heps (to June 2020) at fellow PGM producer Anglo American Platinum (Amplats), despite a 28% increase in revenue. Amplats suffered a critical failure at a processing plant in March this year, causing it to declare force majeure and announce a drop in palladium and platinum production for the year. 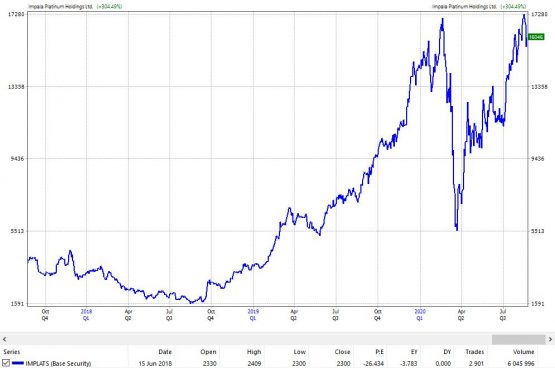 The Covid-19 lockdown in SA had little impact on Gold Fields, whose sole SA-based operation is South Deep, now in the throes of a turnaround operation. Despite the Covid disruption to operations in April and May, the runaway gold price put smiles on the faces of gold producers everywhere.

Gold Fields has been investing in its Australian and West African mines to improve costs and extend mine life, and CEO Nick Holland says reserves outside of SA now total about 20 million ounces, equivalent to about 10 years of mining. There’s potential for more upside at its Damang mine in Ghana and new investments over the next three years will focus on increasing production and exploration in Australia, West Africa and the Americas.

The gold producer continues to work on keeping costs under control and is basing its future forecasts on a gold price of $1 300/oz, well short of the current $1 940/oz. Any upside will be for the benefit of shareholders in the next reporting period.

Net debt stood at $1.24 billion at the end of June 2020, from $1.66 billion just six months ago. “Our approach will continue to be reasonably cautious, as we do not know what challenges await us in the post-Covid world,” said Holland. Diversified miner South32 swung into loss for the full year to June 2020 as Covid-19 hit commodity demand. The company is bracing for further fallout from lockdown-related demand disruptions.

South32’s portfolio of commodities were slammed by the global disruption caused by the pandemic, though the company expects increased production at the majority of its operations in the coming year.

“South32’s portfolio of commodities have been under pressure in terms of price. It hasn’t had exposure to iron ore or precious metals, which have been the stronger performers in the commodity space,” says Seleho Tsatsi, resources analyst at Anchor Capital. 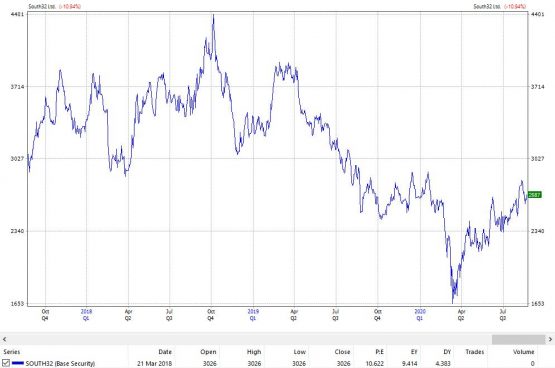 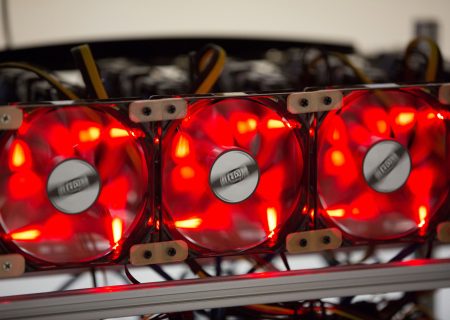