There’s no guarantee the Cajees will avoid jail. Creditors must submit claims by Friday.
By Ciaran Ryan 16 Nov 2021  00:01 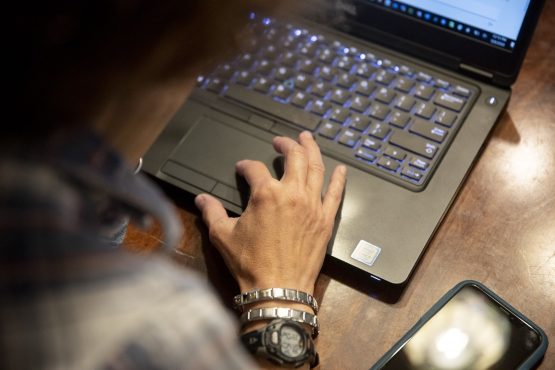 The decision whether to prosecute or not rests with the NPA in SA. Image: Daniel Acker/Bloomberg

There might be some Christmas cheer after all for Africrypt investors, who voted last Friday to accept an offer of R77 million ($4 million) from a mystery investor who proposed taking 51% of the company and, apparently, keeping it alive. The remaining 49% of the shares will be distributed pro rata to the creditors.

The same investor proposes putting another roughly R15.2 million into the company to keep it going and to take ownership of the intellectual property reportedly created by the two Cajee brothers who founded Africrypt: Raees and Ameer.

“There seems to be a belief among some that there is some useful intellectual property in the company, and the idea is that the company will acquire this as part of the compromise,” says Ruann Kruger, legal representative for the Africrypt liquidators.

One condition of the compromise that did not fly with some of the creditors is that criminal prosecution be withdrawn against the Cajees and ‘affiliated entities’. This is likely unlawful, and is referred to as ‘compounding’ in law, which is agreeing not to prosecute a crime in return for a reward. This doesn’t completely remove the threat of criminal charges against the Cajees, though this is unlikely to come from creditors.

The final decision to prosecute or not rests with the National Prosecuting Authority in SA.

The compromise includes an agreement to hire the two Cajee brothers.

“It’s not the worst deal one could hope for,” said an investor, who asked not to be named. “We get maybe 40c or 50c back in the rand, and the company may be revived in such a way that the other funds are recouped over time.”

Africrypt went down in a ball of flames earlier this year after suffering an alleged hack, when an amount of about R200 million was reported to have been stolen. This was not the first time the Cajees’ clients had been the victims of hacks. It happened earlier in May 2019, when an unknown amount of crypto was allegedly hacked.

Creditors are still not convinced this was a genuine hack, and some want to question the Cajees about it to ascertain whether or not it was genuine.

Ironically, had they held onto the cryptos rather than invested in Africrypt, their investments would be worth hundreds of millions of rands today.

Kruger says it remains uncertain as to the exact quantum of funds lost in the Africrypt hack.

“We’re asking creditors to submit their claims before 16:00 on Friday November 19. Any claims received after this stand a risk of being rejected. The claims must be for the amount deposited only, not the current value of any crypto deposited at the time.”

This benevolent investor can only be the Cajee brothers themselves. They stole R200 million of which they use R77 million to buy indemnity. They are bribing their investors with their own money. This sounds familiar. This is basically what the government, municipality, and SARS do every day. They steal a lot and give a little back to pacify us. We don’t even get 10 cents to the rand from Luthuli House.

Hahaha, this is funny and I agree with Sensei above – a rescue plan with one’s own funds. How can this mystery investor acquire the business? My understanding is that there never was a legitimate business in the first place. Let SARS investigate intentions.

The red flag for me is when the ”mystery investor” suddenly knows so much about their Intellectual Property and ‘code’ that they want to invest millions or are the missing / hacked tokens not so missing ?