Bitcoin dips from record after scaling $61 000 aided by stimulus 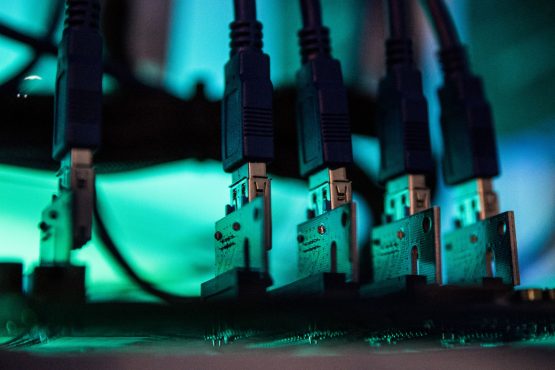 Bitcoin eased back after scaling $61 000 for the first time on bets that some of the pandemic relief payments in the US will end up chasing the digital token’s towering rally.

The largest cryptocurrency was trading at about $60 000 early in Asia on Monday, after topping out at $61 742 over the weekend. Bitcoin has climbed more than 1 000% in the past year, pushed higher by signs of increased institutional and corporate interest alongside the usual speculative demand.

Crypto has seen “some good flow, with traders front running US stimulus checks,” Chris Weston, head of research at Pepperstone Group, wrote in a note, adding Bitcoin needs to stay above the previous high of just over $58 000 to bolster confidence in a “new bull leg.” The lively debate about whether it’s even possible to work out an intrinsic value for Bitcoin as well as the scope for more stimulus-fueled gains continues apace. The token’s volatile climb from the depths of the pandemic-induced rout in markets last year far outstrips more traditional assets like stocks and gold.

Bitcoin could rally toward $75 000 “very quickly” based on some chart patterns, said Matt Maley of Miller Tabak + Co.

The fortunes of a range of companies are increasingly tied to the cryptocurrency, from listed Bitcoin miners and brokers to firms that have invested in the token. For instance, the correlation coefficient between Bitcoin and an equal-weighted basket of five stocks which have announced investments in the digital currency — Tesla, MicroStrategy, Square, Meitu and Aker ASA — has surged to an average of 0.72 this year from 0.26 in 2020.

Crypto watchers are hard at work trying to gauge the outlook. Greg Waisman, the co-founder of the global payment network Mercuryo, said in emailed comments Sunday there is some recent “whale activity,” where coins from 2013 were being moved for the first time. Such events, he said, usually lead to selloffs.