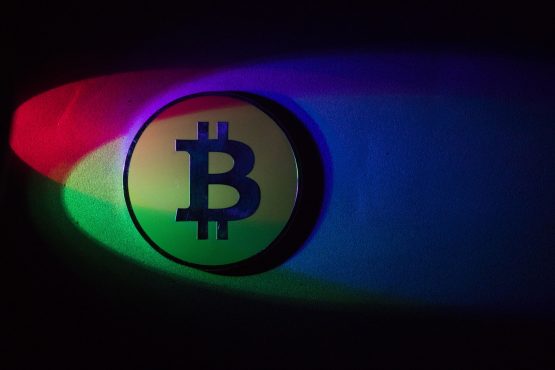 Bitcoin dropped below $38 000 on Monday as global markets tumbled on concerns that Russia’s invasion of Ukraine, and the spiraling commodities prices it unleashed, could have a wider and longer-lasting impact than previously thought.

The largest cryptocurrency fell as much as 3.7% to $37 596 early Monday in Asia, its lowest level in a week, before recovering slightly. Ether declined as much as 4.6% to $2 508.80, the lowest since February 24. Other top tokens like Solano, Cardano and Avalanche also fell, according to pricing from CoinGecko.

Bitcoin has now given up all of the gains it notched up early last week, and is again trading broadly in line with other risk assets. Monday’s losses came as oil soared on concerns the US and its allies might prohibit Russian oil imports, putting more upward pressure on already elevated inflation.

For most of this year, Bitcoin has been trading sideways, failing to sustain any advances about $45 000. Edward Moya, senior market analyst at Oanda, wrote in a note on Friday that “Bitcoin’s broadening formation could see selling pressure look to test the $37 000 area.” 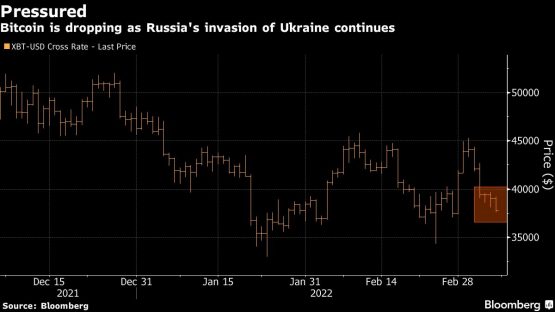 With Russia’s invasion nearing the two-week mark, a debate has been raging about whether cryptocurrencies are a hedge against increasing willingness among governments to seize financial assets — or a convenient sanctions-evasion tool that needs stricter policing.

Keeping an open mind about crypto, but given the inflating US dollar and the stark reminder that governments can and will under certain circumstances freeze accounts and block payments, wouldn’t you think crypto would be having a moment now? Not seeing it in the price, so far….