Bitcoin extends drop after weekend rally to record above $61 000 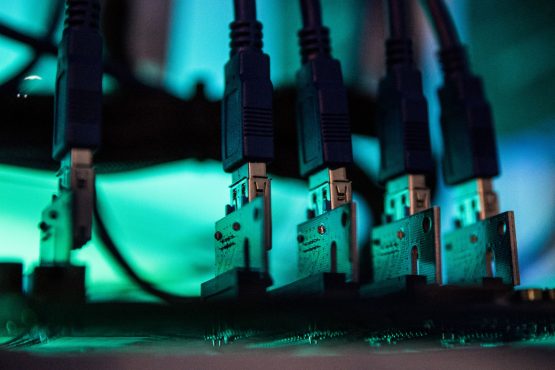 Bitcoin dropped by as much as 9.2% on Monday after scaling a fresh record on bets that some of the pandemic relief payments in the US will end up chasing the digital token’s towering rally.

The largest cryptocurrency was trading at $55,326 as of 9:51 a.m. in London, after topping out at $61,742 on Saturday. Bitcoin has climbed more than 1 000% in the past year, pushed higher by signs of increased institutional and corporate interest alongside the usual speculative demand.

Crypto has seen “some good flow, with traders front running US stimulus checks,” Chris Weston, head of research at Pepperstone Group Ltd., wrote in a note, adding Bitcoin needs to stay above the previous high of just over $58 000 to bolster confidence in a “new bull leg.”

The lively debate over the scope for more stimulus-fueled gains, and whether it’s even possible to work out a long-term value for Bitcoin, continues apace. The token’s volatile climb from the depths of the pandemic-induced rout in markets last year far outstrips more traditional assets like stocks and gold.

Jeffrey Halley, senior market analyst at Oanda Asia Pacific Pte, and Matt Maley of Miller Tabak + Co both see the potential for further gains based on some recent chart patterns. Bitcoin could rally toward $75 000 “very quickly,” Maley said. Bloomberg Intelligence strategist Mike McGlone has said $100 000 could be the next threshold.

The fortunes of a range of companies are increasingly tied to the cryptocurrency, from listed Bitcoin miners and brokers to firms that have invested in the token. For instance, the correlation coefficient between Bitcoin and an equal-weighted basket of five stocks which have announced investments in the digital currency — Tesla Inc., MicroStrategy Inc., Square Inc., Meitu Inc. and Aker ASA — has surged to an average of 0.72 this year from 0.26 in 2020.

Crypto watchers are trying to gauge the outlook. Greg Waisman, the co-founder of the global payment network Mercuryo, said in emailed comments Sunday there is some recent “whale activity,” where coins from 2013 were being moved for the first time. Such events, he said, usually lead to selloffs.

I do not agree.

Even if it correct to $20/btc it is still not a bubble and i will certainly buy more.

Check history. For the past +10 years people said bitcoin is a bubble. If the same people invested a tiny fraction of their money (including you), many would have been millionaires by now.

I will never forget the “Suit” of Big Accounting firm telling me in a serious manner when I suggested that we computerize my accounting system(and he was fairly young then) “stick to the best practice” which was smaal cards in a filing cabinet , indexed. I promptly changed firms and never looked back. Google essentially is a gigantic software machine and perhaps the most powerful /influential entity in the world. When a founder was asked circa 2000 : you have this very good idea , a hugely successful search engine ….He interrupted : “not a search engine , we are creating Artificial Intelligence. (Paraphrased) Google was the successful one, the also rans are gone( same as will be in crypto) Anonimity/pseudonomity will be the buzzword in crypto space next few years….where battles will be lost and one. Fiat as we know it essentially developed after Breton Woods(1971?) USD developed out of a zoo of local currencies in USA end of 18th century(?) , barely a cenury ago. Since 1980 , esp since 2000 when the internet really took off, the world has entered a new epoch. Nation-states( the ones we pay protection money to–aka mafia states) are losing control. How it will play out remains to be seen.fact is if they lose control of ” money” , they lose control of everything. On their own they dont have the means to control crypto. However I can foresee closer and close collaberation between Nation-States and Mega internet companies eg google, amazon , tencent etc—-with the latter effectively taking over control of nation-states with token “presidents” which remain the talking heads. Haeb you seen the Deep Fake video of a young Johnny Depp playing golf? Soon , very soon , a president may die…and his Deep Fake continue to rule. BBC? How do you know it is real and not fake? Soon everything will need to be cryptographically authenticated. A voice ,a signature on a paper all can be true or false. Machine money for a machine age, the age of robotics. AI machines will communicate anonymously and cryptographically with each other without direct human intervention. There are some visionaries , but they will be overtaken rapidly by 18 year old prodigy that never went to university and have no regards for Suits. Musk….why is Tesla valuable? It is not the car, it is the vehicle for robotics on the next scale eg Dojo—a “video GPT-3” What is GPT-3? Wise up, this text could have been created by GPT-3 and certainly by GPT-5 most films and books may be authored that way. And I have not even started on small machines, biological robotics. Worthwhile reading Dreyfuss famous lecture of the fifties. Find it , read it and be enlightened. The age of CrispR and gene editing is here. Fiat and Nation States are archaic