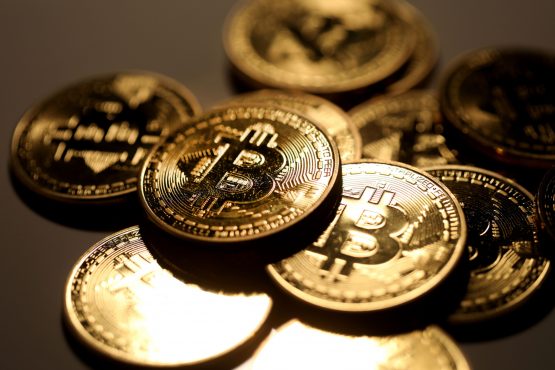 While Bitcoin lingers near recent lows after tumbling from its November all-time high, many crypto investors see an overarching theme that could be behind some of the recent volatility: prospects of reduced central-bank stimulus.

Government and central-bank stimulus efforts that have been underway for more than a year are starting to get wound down as economies globally attempt to emerge from the pandemic. Digital assets have come under pressure in that environment, with Bitcoin losing roughly a third of its value over the past month, a period that coincides with the Federal Reserve’s announcement that it might speed up its stimulus-withdrawal efforts.

Bitcoin is down almost 30% from its record high of near $69 000 reached about a month ago, while Ether, the second-largest digital asset, has shed about 20%. Smaller coins have been hard-hit too, with Litecoin losing more than 40% in that stretch, according to Bloomberg data. Meanwhile, an index of the 100 largest digital coins has lost a quarter of its value since mid-November.

“Investors will be more discriminating if they think that they’re on their own and don’t have the backing of the central bank,” Brian Nick, chief investment strategist at Nuveen, said by phone. “You have seen a rotation into higher-quality assets but also assets that are more tied into the parts of the economy we have a sense are working pretty well or where there is a lot of demand, and away from pure speculation.”

The Fed will on Wednesday wrap up its final meeting of 2021, where it’s expected to accelerate its tapering of asset purchases — an action that would allow officials to begin lifting rates next year.

Though Bitcoin got off to a rough start on Monday, losing as much as 8.4% at one point, prices stabilised Tuesday, with the coin little changed at around $46 885 as of 12:08 p.m. in New York. The Bloomberg Galaxy Crypto Index, which tracks a handful of the largest digital currencies, rose 2.4% at the same time. Dogecoin, popularised this year by Tesla Inc.’s Elon Musk, rose roughly 20%, according to data from Messari, after the car-maker said it will accept payment in the meme-currency for some merchandise.

To be sure, narratives for investing in Bitcoin and other cryptocurrencies tend to shift around because the coin is hard to value fundamentally. Some investors see a tight correlation with riskier assets. Others argue the coin makes for a good inflation hedge, while a whole different cohort says history proves that point moot. For many, the changing narratives are part of its draw — it’s an investment for any type of environment and is decentralised, meaning it shouldn’t be affected by governmental actions.

Noelle Acheson, head of market insights at Genesis Global Trading, says Bitcoin is an asset that isn’t linked to the economy in any way. “Because of that, it’s going to start to find its place in portfolios going forward,” she said by phone.

The narratives will flip-flop less, she added, thought it might not be less volatile. “Short-term, we’re going to see a lot of volatility,” she said. “But going forward, it will find its established narrative.”