Bitcoin plunges the most since January; altcoins extend losses

As the rout in financial markets deepened in the wake of increasing concern of recession.
By David Pan, Bloomberg 6 May 2022  06:50 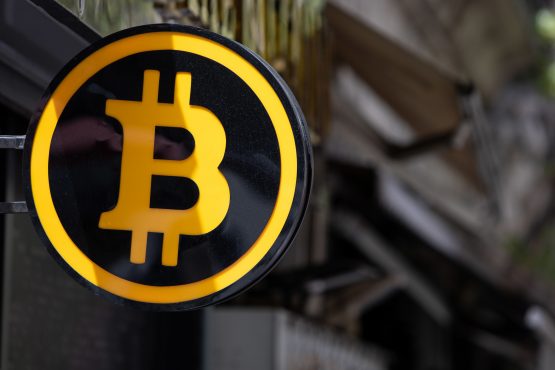 Bitcoin tumbled the most since January as the rout in financial markets deepened in the wake of increasing concern of recession.

The largest digital currency fell as much as 11% to $35,611, the biggest intraday drop since January 21. It had gained 5.3% on Wednesday. Ether slumped as much as 8.7%. Avalanche and Solana, among some of the largest gainers after the US central bank raised rates Wednesday, were down as much as 15% and 11%, respectively.

“Investors are jittery about the Fed continuing to raise interest rates after yesterday’s 50 bps hike,” said Jason Lau, the San Francisco-based chief operating officer of the Okcoin exchange. “The potential of additional rate hikes makes the trajectory of the global economy uncertain.” The US central bank’s policy-making Federal Open Market Committee on Wednesday voted unanimously to increase the benchmark rate by a half percentage point and said it will begin allowing its holdings of Treasuries and mortgage-backed securities to roll off in June. Risky assets surged after Fed Chair Jerome Powell said a 75-basis point increase is “not something that the committee is actively considering.”

Still, in this higher-rate environment, Bitcoin hasn’t been able to break out in any meaningful way beyond its highs at the start of the year. The coin has largely traded within a tight range over the past few months.

“Bitcoin has become increasingly correlated with US trading hours and US traditional market indices, likely due to a combination of increasing US institutional presence as well as the absence of China after the sweeping bans last year,” said Josh Olszewicz, head of research at digital asset fund manager Valkyrie Investments.

Money has been flowing out of the sector amid the malaise. Investors yanked roughly $120 million from crypto products last week, bringing total outflows over the past four weeks to $339 million, according to data tracked by fund provider CoinShares. Bitcoin last week accounted for the majority of the flows in what was its largest single week of outflows since June 2021.

“Since March this year, most of the large selloffs in Bitcoin have kicked off during US market open, potentially suggesting a market participant continues to sell every bullish rally,” Olszewicz said.