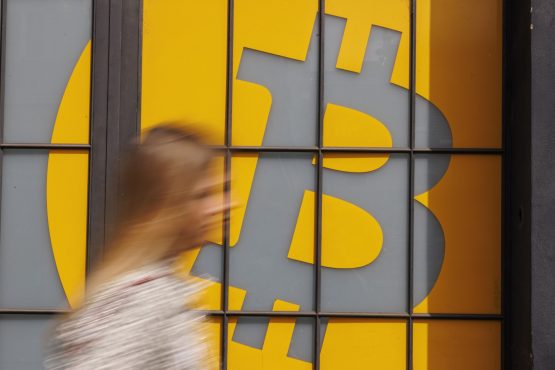 Bitcoin rose the most in two weeks, trading above $30 000 as investors and strategists said the digital currency is showing signs of bottoming out.

The largest cryptocurrency was up 5.2% to $30 687 at 2:21 p.m. in New York, its biggest increase since May 15. Ether and smaller tokens like Avalanche, which got pummeled last week even as Bitcoin held relatively steady, were also up. Stocks rose in Asia and Europe after China said it will ease Covid curbs, while US markets were closed for the Memorial Day holiday.

“Markets are long overdue for a relief rally,” said Hayden Hughes, chief executive of social media trading platform Alpha Impact. “Bitcoin just went through eight consecutive weeks in red territory and got technically oversold to levels we traditionally only see at the bottom of bear markets.” 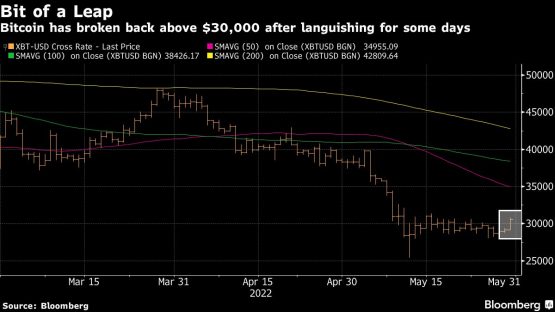 The correlation between Bitcoin and stocks started to break down last week as the S&P 500 Index posted its biggest weekly gain since November 2020, while Bitcoin fell for the eighth week in a row.

“I expect this gap to close a bit in the short term with crypto catching up,” Shiliang Tang, chief investment officer at crypto fund LedgerPrime, said in an email.

Ether jumped as much as 7.7% on Monday while Avalanche and Solana rose as much as 12% and 7%, respectively, before giving up some of those gains.

“On Alpha Impact, we’re seeing heavy buying of Ether and several altcoins, and these patterns mirror what we saw in the July 2021 bear market bottom and the January 2022 local bottom,” Hughes said.

Trading volume was muted due to the US holiday.

The price rally is “happening in very thin trading conditions over a weekend and into a US holiday,” said Joel Kruger, a strategist at crypto exchange LMAX Digital. “So price action needs to be taken with a grain of salt.”

Inflation reports from Spain and Germany on Monday underscored that the macroeconomic forces that have weighed on crypto in recent weeks aren’t about to ease. Consumer prices in both countries jumped faster than expected in May, adding pressure on the European Central Bank to remove crisis-era stimulus. Rising interest rates around the world have triggered a selloff in risk assets this year, sending Bitcoin down 34% since December 31.