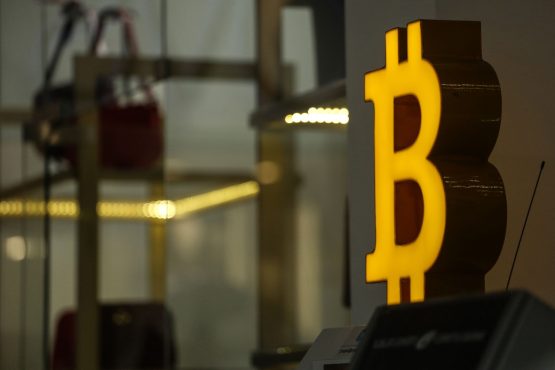 Bitcoin sank to a one-week low on Tuesday, buffeted by nervousness ahead of a looming Federal Reserve interest-rate hike and amid harsher regulatory scrutiny of the cryptocurrency sector.

The retreat has put a dent in hopes for a sustained Bitcoin rebound and returned the token to a trading range between roughly $19 000 and $22 000. Risk appetite is generally on the back foot before an expected 75 basis-point Fed rate rise Wednesday, part of a tightening cycle that’s sapping liquidity.

“We’ve had some stabilisation over the past few weeks and that gave some folks confidence that perhaps a bottom was being put in place,” Katie Stockton, co-founder of Fairlead Strategies, said on Bloomberg Television. “We’re not so convinced.” Rising interest rates and high-profile meltdowns like that of crypto hedge fund Three Arrows Capital have pummeled digital tokens this year. Bitcoin is down 55% over the period.

The turmoil is leading to ever greater regulatory oversight of the industry.

Coinbase Global Inc., for instance, is facing a US probe into whether it improperly let Americans trade digital assets that should have been registered as securities, according to three people familiar with the matter.