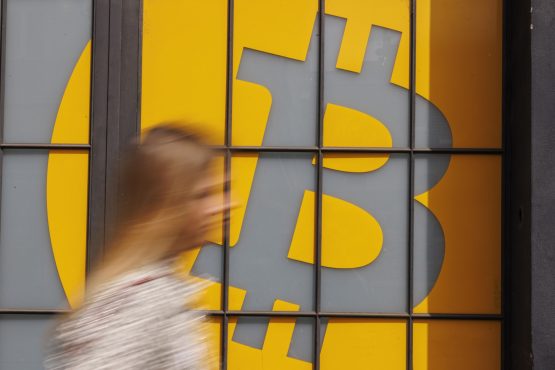 Bitcoin declined after reaching the highest levels since mid-June on Saturday amid optimism that the market may have recovered from its worst levels.

“August promises to be every bit as stomach-churning for Bitcoin with further bouts of volatility guaranteed,” said Antoni Trenchev, co-founder and managing partner at crypto lender Nexo.

Yet he’s “leaning towards a re-run of July’s resilience over June’s capitulation” after “Bitcoin absorbed last week’s one-two macro punch” of the Federal Reserve rate hike and data showing the US economy contracted for a second consecutive quarter. 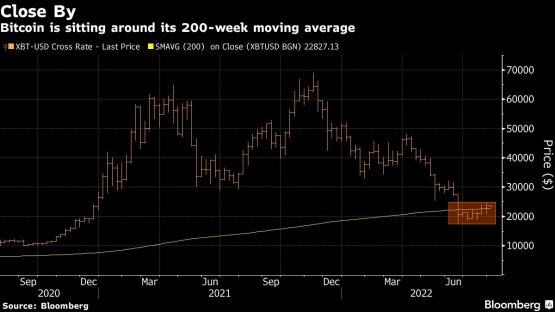 Bitcoin had fallen below $20,000 during late June and July amid concern about rate hikes and inflation, as well as troubles internal to cryptocurrencies, like the implosion of the Terra/Luna ecosystem and hedge fund Three Arrows Capital.

It’s still well off the record high around $69,000 from November, but has begun showing some strength in the face of challenging economic indicators and tighter monetary policy.

Ed Hindi, chief investment officer at crypto hedge fund Tyr Capital, said $24,400 and $1,750 were the next strong technical points for Bitcoin and Ether to break through respectively.

“It was a quiet weekend with extremely illiquid market conditions,” Hindi said in an interview. “What happened is that the market tried to go through these and couldn’t because liquidity wasn’t there. But weekend activity is not really relevant because it tends to be reversed on Monday when the bulk of volumes come back into the market.”