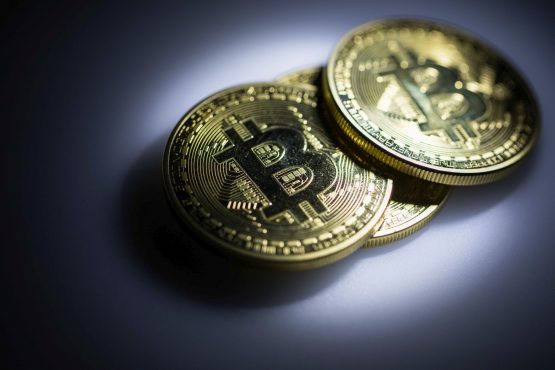 Elon Musk’s embrace of Bitcoin last week rocketed the cryptocurrency 20% higher to more than $58 000. His cold shoulder this weekend has it in freefall.

Bitcoin plunged more than 16% and back below $50 000 in New York, giving up more than $8 000 in a matter of hours after the world’s richest man tweeted his concern that the price had risen too far too quickly.

The world’s largest cryptocurrency has been on a tear this month, propelled by purchases from Tesla Inc. and institutional investors who say Bitcoin is an attractive alternative to gold and the dollar.

In February alone, Bitcoin is up more than 60%, prompting commentary that the run-up is excessive. The digital token hit a new all-time high on Sunday and came close to surpassing $59 000.

“Mostly it is down to a massively long speculative market, combined with Elon Musk saying it looks a bit overdone,” said Jeffrey Halley, senior analyst at Oanda Corp. 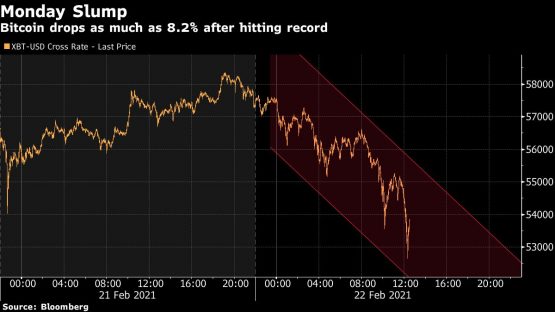 Meanwhile, JPMorgan Chase & Co. strategists have warned about Bitcoin’s declining liquidity. Strategist Nikolaos Panigirtzoglou wrote in a note on Friday that liquidity for the digital coin was lower than that for the S&P 500 Index and gold, meaning “even small flows can have a large price impact,” he wrote.

“It should go without saying that new investors to Bitcoin should be prepared for major volatility and for prices to drop suddenly and as sharply as they have risen,” according to Neil Wilson, chief analyst at Markets.com.

Lack of liquidity? Not true. Satoshis are available everywhere …at the right price.A whole bitcoin? Maybe rare.7% correction. Well I have been waiting for the 40 percenter. May come , maybe not

Restricted supply is not a lack of demand. Liquidity of what? BTC or $?

Is there a fire sale on for BTC?

Musk want’s the price to go down as he’s going to buy more.

What goes up too fast will come down fast also.