Stirring the debate about what role the token can play in investment portfolios.
By Eric Lam, Bloomberg 18 Nov 2021  12:52 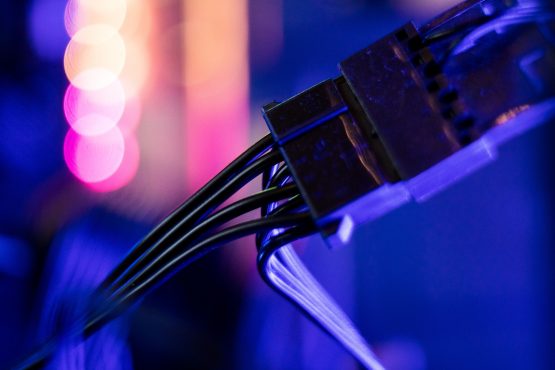 A pandemic-era correlation between Bitcoin and Nasdaq 100 futures is evaporating, stirring the debate about what role the token can play in investment portfolios.

The 30-day correlation between the virtual currency and the futures has fallen to almost zero in recent days, from a 2021 peak toward the end of September of 0.56 — a reading that suggested tech stocks and Bitcoin were often moving in tandem. The correlation had generally been positive since February 2020. 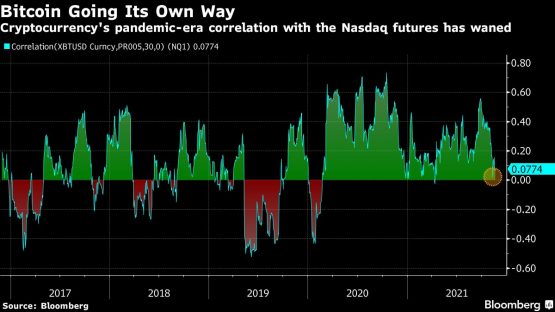 Bitcoin is up some 40% since the end of September, topping the Nasdaq 100’s 11% rise. The token’s claimed role as an inflation hedge, with price pressures running hot in the global economy, is among the factors cited for the digital asset’s rally to a peak of almost $69 000 on November 10.

For Carsten Menke, head of next generation research with Bank Julius Baer in Zurich, the evolution of the relationship between stocks and Bitcoin hurts arguments that it is a reliable, modern-day store of value for portfolios.

“The lack of a consistent and negative correlation between Bitcoin and equities clearly suggests that Bitcoin is not yet a safe haven,” he said, stressing that in times of financial-market stress it tends to suffer like other riskier assets.

The token slid this week — down 7% and nearing $58 000 at one point — while the Nasdaq 100 is showing a small gain. For some, the fact the swoon didn’t have wider ramifications shows Bitcoin remains far from the mainstream.

Esme Pau, an analyst with China Tonghai Securities in Hong Kong, defended Bitcoin, arguing it’s a “sensible” way of buffering against inflation. “I would urge investors to focus on the longer-term trend, and do not think short-term changes in correlation should be considered representative,” she said.