A group of investors are seeking the arrest of Raees and Ameer Cajee, who ran the Africrypt platform, after a number of them were offered some of the lost investment by a Dubai-based mystery investor known as Pennython Project Management LLC. They haven’t been found guilty of any wrongdoing and the probes may come to nothing.

Work is underway in four South African provinces and cities including Johannesburg and Durban, Lieutenant Colonel Philani Nkwalase, from the Hawks police unit, said in a response to questions from Bloomberg.

“There are multiple victims in these cases,” said Nkwalase. “Investigations are ongoing.”

The brothers disappeared in April last year just after $3.6 billion of Bitcoin vanished from the Africrypt platform, although the lawyer who represented them at the time later disputed the amount. The Cajees had earlier told clients that the company was the victim of a hack, while urging them not to report the incident to authorities.

Financial statements of the victims relating to the different cases are being analyzed, Nkwalase said. The alleged fraud doesn’t yet have an official value, he said.

The fallout has shone a light on the lack of scrutiny over the country’s burgeoning crypto industry, which has boomed in popularity since the surge in Bitcoin just over a year ago. Another South African firm, Mirror Trading International, collapsed in 2020, with losses totaling about $1.2 billion.

The Hawks said they are aware of the arrest of Mirror Trading Chief Executive Officer Johann Steynberg by Brazilian authorities over documentation issues, and they are separately looking into cases against the firm in South Africa. A lawyer representing Mirror Trading didn’t respond to a request for comment.

The country’s financial regulator is planning to unveil a framework covering cryptocurrencies early this year to help protect vulnerable members of the society, it said last month.

Bitcoin has started the month in a nosedive, registering the largest decline for a start of the year since at least 2012.

oh yes, no better organisation than the SAPS to investigate a complex financial crime. I am 100% sure they have all the skills and expierence to solve something like this……

They can’t even find the criminals who steal the real and tangible railway lines and power cables. How will they solve a crime where someone stole a virtual asset?

They get the evidence on a silver platter from the Zondo Commission, and they fail to prosecute anyone. They see the evidence on the TV screen but they arrest nobody for the Zuma riots and looting. Those who are too stupid to steal and too lazy to work join the NPA where they receive a salary that is a glorified social grant.

This could be the plot for an SABC Series in the theme of the Three Stooges, or Abbot & Costello or Monty Python’s Flying Circus … I claim any royalties.

The political elites with their illusions of grandeur represent gross incompetence and mental inferiority when they parade like rockstars at parliament. This despicable bunch only impresses those members of society who stood at the back of the line when cognitive ability was issued. Sadly, in South Africa, there are enough of them to empower the scum of society to rise to the top.

Fortunately crypto is a decentralized highly secure technology not exposed to the risks of ordinary currencies and equities or bonds.

I have not kept track but strongly suspect that the total amount of crypto fraud to date handsomely exceeds the total value of real goods and services procured with crypto. 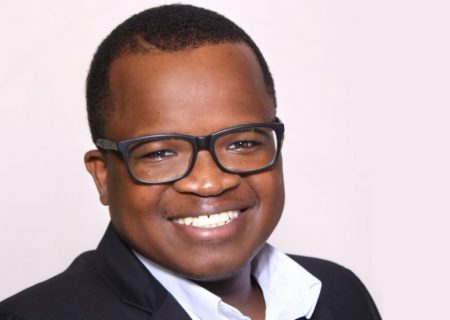