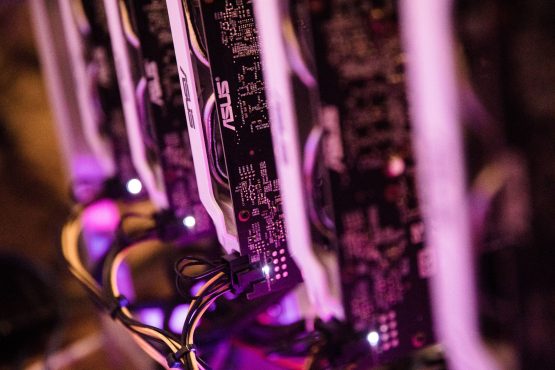 The wild swings in the price of Bitcoin prove it’s not a real unit of value, though blockchain technology “is here to stay,” according to Goldman Sachs Group’s Sharmin Mossavar-Rahmani.

“Something with a long-term volatility of 80% can’t be considered a medium of exchange,” said Rahmani, head of the investment-strategy group for the bank’s consumer and investment-management division.

“Just because everybody piles into into an idea and talks it up doesn’t mean it’s a store of value,” she said during a briefing Wednesday on the group’s 2021 outlook, comparing the cryptocurrency’s spikes to the recent run-up in GameStop shares.

Rahmani’s skepticism about Bitcoin’s intrinsic value echoes that of European Central Bank governing council member Gabriel Makhlouf, who said last month Bitcoin investors should be prepared to “lose all their money.” Still, the cryptocurrency has plenty of high-profile proponents.

Paul Tudor Jones bought some as a hedge against central bank and government action, while Mike Novogratz and Alan Howard have both invested hundreds of millions of dollars in Bitcoin and other digital currencies. Bridgewater Associates founder Ray Dalio has called it “one hell of an invention” and an alternative, gold-like asset.

Rahmani drew a distinction between Bitcoin and blockchain technology, the public, mostly anonymous ledger that records all the currency’s transactions. That technology could facilitate the smoother flow of global assets and will become part of the financial infrastructure, she said.

Despite doubters on Wall Street, the unceasing buzz over Bitcoin is leading more banks to develop cryptocurrency products for clients. JPMorgan Chase & Co. launched its own digital currency last year and Fidelity Investments started a Bitcoin-only fund. Even Goldman Sachs may be joining the party. The bank issued a request for information to at least one crypto custody player at the end of 2020, website CoinDesk reported in January.

Any other blatant attempts at the character assassination of decentralised assets by big banks that you’d like to publish?

Saying that bankers hate bitcoin is like saying that the sea is wet. Is this worthy of making the news?