Hackers in $620m crypto heist desperate to cash out

North Korean bandits could end up with nothing as law enforcement officials work with players across the crypto space to intercept the loot.
By R Paulo Delgado 8 Jun 2022  00:07 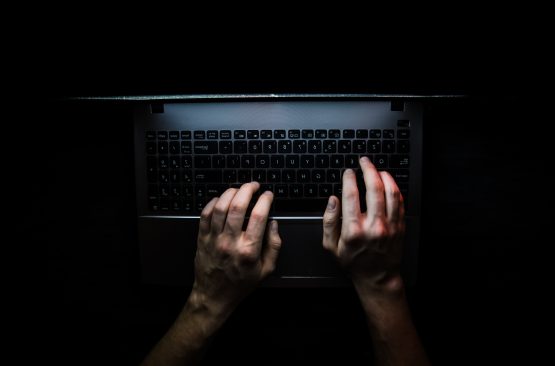 On March 23, hackers siphoned $540 million worth of Ether (ETH) and USD Coin (USDC) from the popular non-fungible token (NFT) based game Axie Infinity to a digital wallet. By the time the exploit was publicly announced, the value of the crypto assets had risen to $620 million.

Not only had the North Korean hackers pulled off a brazen heist, but the value of the loot had increased 15% while they twiddled their thumbs.

Things have moved at a rapid pace since then, and these bandits may end up with nothing as law enforcement officials start to work with players at every level in the crypto space to intercept this loot.

The hack was termed the Ronin Bridge Exploit because it targeted the bridge that connected the Axie Infinity blockchain to the Ethereum blockchain.

Bridge hacks have plagued the cryptosphere lately, claiming over $1 billion in stolen funds in the last year alone.

Read:
Hackers steal about $600m in one of the biggest crypto heists
Crypto gaming is sold with promise of convenience and riches …

Stealing crypto is not the same as stealing cash

Stealing crypto is not like stealing fiat money. Whereas the proverbial bank robber can launder the loot to buy a yacht, crypto thieves hit a dead-end when it’s time to cash out.

Every blockchain transaction is traceable to a wallet address and is publicly searchable on platforms such as Etherscan.

On April 14, the FBI named North Korea’s Lazarus Group as the hackers behind the Ronin Bridge Exploit. On the same day, the US Treasury’s Office of Foreign Assets Control (OFAC) put Lazarus Group, including its wallet address, on its Specially Designated Nationals sanctions list.

According to a blog post by cryptocurrency compliance firm Elliptic, such sanctions “prohibit US persons and entities from transacting with this address to ensure the state-sponsored group can’t cash out any further funds they continue to hold onto through US-based crypto exchanges”.

To embezzle crypto funds, scammers typically use something called a mixer which is a decentralised protocol (collection of smart contracts) that lets users send crypto – both dirty and clean – to the mixer. The dirty crypto gets mixed with the clean crypto, thereby obfuscating where the outgoing crypto originally came from.

Think of it like scrambling eggs. You throw six large eggs in and get a mix of egg coming out. There’s no way to tell which egg you’re eating in the end.

One of the most popular mixers is Tornado Cash, which has no owners and no administrators. It also lets people withdraw crypto from a completely different address than the one they used when they deposited it.

On March 28, five days after the hack but one day before it was announced, money started to move out of the Ronin Bridge Exploiter’s wallet. There were three outbound transactions of 500 ETH ($167 145), the first at 14:30 UTC (Coordinated Universal Time) and the last at 14:36 UTC. This was followed by a 750 ETH transaction six hours later, and another two 750 ETH transactions in the following three hours. Slow and steady.

From those addresses, the funds were initially transferred to centralised cryptocurrency exchanges (CEXes) such as Huobi and FTX.

On the same day, the Ronin Network announced that it had been compromised.

Where the money went

When the CEXes announced that they would work with law enforcement to establish the hackers’ identity, the hackers’ strategy shifted, Elliptic reported.

On April 4, money started to move again, first to an intermediate address, but then to the Tornado Cash anonymiser (which allows you to hide your identity) instead of the CEXes.

The first transaction was 1 000 ETH. Several days later, outbound transactions of slightly over 3 000 ETH, but no higher, started occurring.

Every Tornado deposit from the intermediate addresses was no higher than 100 ETH — small eggs for the scrambled egg mix.

A convergence of catastrophes for the hackers

Several factors converge here to paint a picture of what can only be described as desperation, or a sense of urgency, on the part of the hackers:

The hackers gave up their drip strategy and opted for a Niagara Falls approach to emptying the wallet. On April 19, one transaction removed over 18 000 ETH, worth $56 million at the time. Today, that amount of ETH barely scrapes past $31 million.

A month earlier, it had been worth $118 million. Today, it’s worth less than half of that at $58 million.

Although ETH’s freefall wouldn’t begin until May 7, the wallet’s value on April 16 was already $57 million weaker than at the start of April.

Today, the entire heist would be worth only $319 million, compared to the $620 million reported on March 29.

The crypto is gone from the original wallet but the basic problem remains – how to turn that into hard cash. Even though the initial stash has been distributed across dozens of new addresses, the chances of remaining entirely hidden on a completely transparent protocol that is actively monitored are unlikely, especially if the hackers want to do it in a hurry.