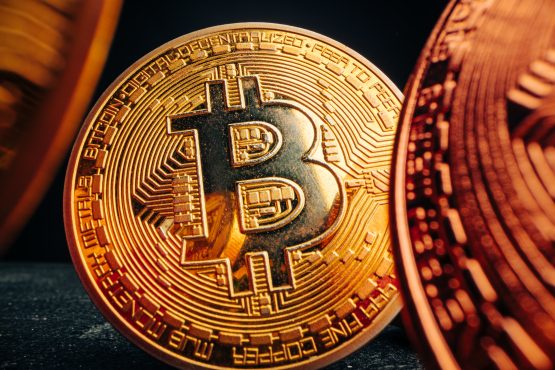 Companies that manufacture or support equipment used in bitcoin mining are one way to gain indirect exposure. Image: AdobeStock

The recent crash notwithstanding, bitcoin has been an outstanding investment over the last year, recording a more than 300% price gain over 12 months.

But there were several more profitable ways to ride the bitcoin train, and one of these was to buy listed bitcoin miners. Research from blockchain research group Glassnode shows miners have been hoarding bitcoin at increasing rates as prices surged in the first few months of 2021.

Here is a list of some of the alternative ways to profit from bitcoin and cryptos.

Bitfarms’s stock price is up 1 076% over the last year, and down 26% since the market peak in May 2021. The company is listed on the Toronto Stock Exchange is involved in bitcoin mining. Results for the first quarter of 2021 shows the company mined 548 bitcoin in the first quarter worth about $32.4 million as of March 31, and added 4 500 mining rigs to its fleet.

This stock is up 2 912% over 12 months and down 40% since the peak in May. The company’s platform allows users, either retail or institutional, to place and route trade orders to one or several trading exchanges to buy or sell cryptocurrency assets. Financial results for the December 2020 quarter show assets under management of $1.7 billion and trades per month of more than 70 000.

This Nasdaq-listed company’s stock price is up 1 225% over 12 months and down 60% since its March peak of $78. The company is involved in bitcoin mining in the US through its wholly-owned Whinstone facility in Texas, and through its hosted mining facilities in New York. It currently has a deployed hash rate (the rate at which bitcoin is successfully mined) capacity of 1.6 EH/s (exahashes, or computations per second, where one exahash is one quintillion hashes per second). This will expand to 2.51 EH/s by the end of June, using about 79.5 megawatts of energy. Riot Blockchain recently announced that it is selling 2.2 million shares of Canadian crypto exchange leader Coinsquare to Mogo in exchange for 2.3 million shares of Mogo.

This stock is up 300% over 12 months and down 60% since its March peak. It is a bitcoin miner and, like its peers, is steadily accumulating bitcoin as reserves rather than selling into the market to cover operational expenses.

Silvergate Capital is up 559% over 12 months and down 40% since its peak in April. A digital asset bank with nearly $5 billion in crypto-backed deposits, it only went public in 2019. It allows customers to switch between fiat and crypto through its Silvergate Exchange Network. Results for the first quarter show strong growth in transaction volumes through the exchange, though the recent crash in crypto prices will likely impact revenues in the second quarter.

Recently listed Coinbase, the US’s largest crypto broker, earned $771 million in the first quarter of 2021, massively up from the $32 million recorded for the same quarter a year earlier. The stock debuted on the Nasdaq in April at $328 but has been on a slide since then to $223. Investment bank Raymond James recently issued a report valuing the company at $95 a share, well below its current price, based primarily on Coinbase’s vulnerability to competition from companies like Kraken, which is also contemplating a stock exchange listing.

MicroStrategy’s stock price is up 316% over 12 months and down 59% since its February peak. The firm and its CEO Michael Saylor have become the corporate face of bitcoin, with Saylor announcing several larger loans to increase the company’s reserve holdings of bitcoin. Saylor has argued persuasively that bitcoin – with its hard cap of 21 million coins in issue – is the perfect antidote to the guaranteed depreciation of the US dollar and other fiat currencies.

Canaan is up 350% over 12 months and down 75% since its March peak. It trades on the Nasdaq and is a Chinese-based company that manufactures equipment for bitcoin mining rigs. Though profitability deteriorated in 2020 as a result of Covid-induced supply chain disruptions, the order book for 2021 looks robust.

AMD Micro Devices is up 50% over 12 months and down 18% since February. It produces computer processes for the gaming community, though many of its products are used to improve the efficiency of bitcoin mining rigs.

Square is the electronic payments company founded by Twitter CEO Jack Dorsey and is reckoned to have about 3% of the $150 billion digital advertising market. Dorsey, like Saylor, is an advocate of bitcoin, and Square has more than 8 000 bitcoin on its balance sheet. Square stocks have since become something of an imperfect proxy for bitcoin (MicroStrategy is more closely correlated).

This Canadian fintech company is involved in developing digital financial solutions. Its share price is up 600% over the last 12 months and down 37% since its March peak. In December 2020, it announced that it would invest $1.5 billion in bitcoin, equivalent to about 1.5% of its total assets as of the third quarter of 2020. The company says it will make additional bitcoin investments in 2021. Its MogoCrypto app was launched in 2018 to allow Canadians to buy and sell bitcoin in real-time. Results for the first quarter of 2021 show new member growth of 35% on the previous quarter, which was up 50% on the quarter before that. It announced that it would increase its ownership in Canada’s leading crypto trading platform, Coinsquare, to 37% while retaining a warrant to increase ownership up to 48%.

And let’s not ignore Elon Musk and Tesla’s sometimes testy relationship with bitcoin.

Tesla bought $1.5 billion bitcoin in February then sold 10% a short while later at a decent profit, ostensibly to test whether it could be liquidated easily without moving the market.

Cointelegraph noted that Musk was again picking up flack, this time from Sygnia CEO Magda Wierzycka, who is quoted as saying: “What we have seen with bitcoin is price manipulation by one very powerful and influential individual.”

To which Musk replied:

“This is inaccurate. Tesla only sold ~10% of holdings to confirm BTC could be liquidated easily without moving market.

Which means bitcoin still accounts for a sizeable (though declining) proportion of Tesla’s reserves. The company just announced the launch of the Tesla Model S Plaid which does an astonishing 0-96.5 km/h in just under two seconds with a range of 400 miles before recharging.

A punt on Tesla is a punt on the remarkable technology behind this new generation of electric vehicles and, to a lesser extent, bitcoin.