Is bitcoin headed for a GameStop-type short squeeze?

Demand from retail and institutional investors has created a supply shortage, which could mean trouble for those shorting bitcoin.
By Ciaran Ryan 5 Feb 2021 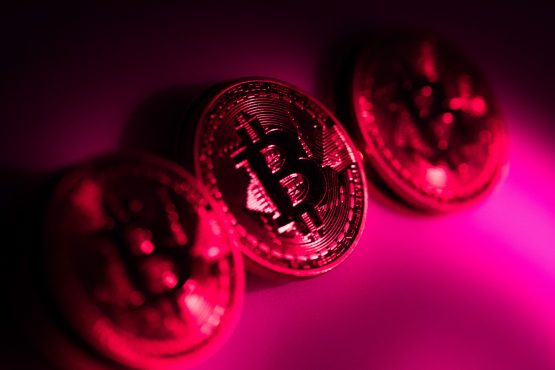 The Reddit traders saw their GameStop victory as a blow against the evil Wall Street empire, but bitcoin is already seen as a cradle of rebellion. Image: Bloomberg

The war between Wall Street and retail investors may have started with GameStop, but it won’t end there. The field of battle has moved on to silver and, perhaps, bitcoin.

Hedge funds shorting GameStop – effectively betting the share price would drop as this dinosaur gaming business slowly shut its doors – got beaten to a pulp when day traders on a Reddit forum coordinated buying to drive the price up from around $17 to $347 before it dropped again to around $90. The Reddit crowd did it for fun and for profit.

Based on the commentary around this, most people enjoyed seeing short sellers get the eyeballs squeezed out of their skulls. This may not be a passing fad. The Reddit crowd has gained millions of enthusiastic followers, and is now on the hunt for other hedge funds to beat up. Their attention moved to silver, which rallied 13% to over $30/oz earlier this week before running out of steam as the #silversqueeze hashtag trended on Twitter.

And then there’s bitcoin. Take a look at the following graph showing the number of open short positions by hedge funds on bitcoin from the Chicago Mercantile Exchange (CME). Funds have increased their short positions to about $1.4 billion just as the bitcoin went on its parabolic run above $40 000 earlier this year. What’s clear from the above chart is that hedge funds are on their own on this shorting expedition. Asset managers and other investors have not significantly increased their short positions, possibly because some heavyweight institutions like MicroStrategy and Square have boarded the bitcoin train, while reputable banks like JP Morgan think it could ride as high as $146 000 in the long term. The global head of CitiFXTechnicals says a move to $318 000 by December 2021 is possible based on a study of the charts.

Betting against that kind of institutional heft could land you in trouble.

The following chart shows the volume of CME futures long bitcoin (in other words, expecting a price rise). Hedge funds are again the biggest players, but only to the tune of about $600 million, versus the $1.4 billion betting on a drop in price. But what’s more interesting about the chart below are the number of asset managers and other investors going long bitcoin. In this case, the hedge funds are not drastically out of line with sentiment among other groups of investors. While the Reddit traders taking hedge funds to the shredder over GameStop saw this as a blow against the evil Wall Street empire, bitcoin is already seen as a cradle of rebellion.

The early adopters backed bitcoin because they saw that governments and their boomer parents had trashed the financial system and bitcoin was a way of fixing the problem. There will only ever be 21 million bitcoin issued, unlike fiat currencies such as the US dollar which are being fire-hosed into circulation – apparently without limit.

Technically, bitcoin is at a crossroads and needs to break above $38 000 to continue its bullish trend, according to this analysis. A failure to maintain price levels above $34 000 could push it into a bear trend, with support at $19 000. Over the medium and longer term, however, the outlook for bitcoin remains positive, so betting on a long and sustained drop in price could be disastrous.

And, as the GameStop saga has demonstrated, there is a motivated army of amateur investors willing to take on hedge funds and beat them at their own game.

Bitcoin to the dollar and rand over three years

It sounds as though the Reddit crowd were all winners???

I doubt it. When it dropped from $347 back to $90 a lot of the late entrants got burned Bigtime. Remember for the price to have gone to $347 someone had to buy at that price. That guys might still be sitting with it but he did not sell at a profit.

Much like a Ponzi the late entrants will pay for the early birds.

Bitcoin will disappear in time

Not sure of this. It not only survived, but thrived for more than 10 years now. This was against all types of onslaughts penetrating traditional financial markets, etc. Therefore demonstrated resilience.

I agree that as long as it can’t be compromised Bitcoin seems like the “perfect” store of value going into the future. I back it for that, but I believe it will have to ‘mature’ until it is only a store of value and nothing more.
However, in the short term I am becoming more and more worried that there is a group of whales/drug cartel/country with a massive holding that is building up an equally massive short position by sitting on the other side of the supposed lending products that are growing by billions of USD every day. At some point if such a group exists it is going to sell a massive amount from it’s holdings, and then also benefit from a massive short position built up from the billions they have borrowed.
I believe this could cause a crash that may be big enough to spread to other markets, but over time it will recover again and become a store of value rather than a trading instrument or for use in fancy etherium-based contracts.
I expect that there will be enough volume on the sort side by end April if not earlier – so I think it’s time to get out and back into cash (not equities).

Everything will disappear in time.

The ability of the futures market to wag the underlying instruments tail requires sufficient arbitrage. A point that none of these drum banging essays makes. Major Investment house collusion usually does the trick. The Reddit crowd needs such participants that 1. have the clout and 2. know what they are doing. Commercial mugs will always play their given role, nothing more, nothing less.
The final chart is titled 3 years but is a 5 month window from 2018. Mistakes like this suggest that the rest of the incomplete story should also be checked.

COMMENT HELD FOR MODERATION
6 FEBRUARY 2021 @ 7:14 PM
Everything will disappear in time.

The ability of the futures market to wag the underlying instruments tail requires sufficient arbitrage. A point that none of these drum banging essays makes. Major Investment house collusion usually does the trick. The Reddit crowd needs such participants that 1. have the clout and 2. know what they are doing. Commercial mugs will always play their given role, nothing more, nothing less.
The final chart is titled 3 years but is a 5 month window from 2018. Mistakes like this suggest that the rest of the incomplete story should also be checked.

Comment on story: Is bitcoin headed for a GameStop-type short squeeze?

Couldn’t help but notice here we still have ‘The Spark’, ‘Mmm’ and a few other fiat fan boys hoping BTC will fail.

Obviously, common sense nor research a strong trait amongst these BTC detractors :

* BTC, tested,proven and been around since 2009

Wow, must be the longest running pyramid scheme in history hey ?

* So dangerous to the old school corrupted and bloated central banking system they are bashing it with all their might through their mass media controlled outlets.

Yet, BTC around half a million rand each and counting.

Gets stronger and stronger every day by default too [ research that ]

* BTC, riding on the back of probably the most secure and technological backbone since the dawn of time – blockchain !

* And the classic comment here, ‘BTC will disappear in time’

Eish boys, you all salty because you missed the BTC train possibly ????

very well summarised. Factual. Not like our old school naysayers just repeating what their friends are saying. Like the blind leading the blind…

I think you should extend this summary by showing the value of investing $1000 in bitcoin vs stocks since 2009.

When it comes to crypto – buy (use what you can afford to lose). Do not listen to ppl saying ‘you will lose money in crypto.” Ppl lose money in casinos all day, every day and there’s no CNBC journo whining about some retail cat that will be left holding bags. They say this to stop you from getting in and making money. Also, crypto is a zero sum game – like the casino. Buy. set your stop loss and take it from there. If anything, enjoy this as an adventure.

@AP Tks for taking the time to reply.

However, tbh most financially literate ppl are aware of BTCs rise in value.

That’s not the only reason why there are so many BTC disciples.

What’s more important is to research WHY is this ??

So put aside the bankers/governments and usual criminal CNN type detractors negativity, and drill deep.

Then you’ll find your digital gold.