Christmas payout of 65c in the rand for Africrypt investors 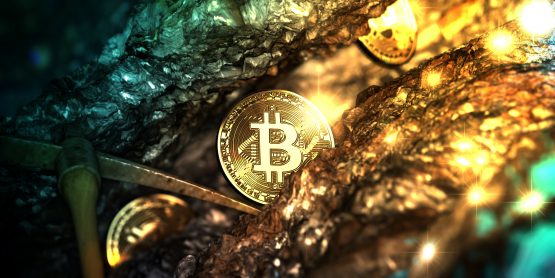 Africrypt went down in flames earlier this year when Raees and Ameer Cajee claimed all the crypto under their control had been hacked. Image: AdobeStock

Ninety-five percent of investors in failed crypto investment scheme Africrypt have been paid 65 cents in the rand, according to Ruann Kruger, legal representative for the company’s liquidators.

“We think this is a good deal under the circumstances,” says Kruger.

“The investor wanted to conclude the payouts before Christmas, and I’m happy to report that we have managed to do this for 95% of investors.

“They get 65 cents in the rand, which we think is more than they would receive had we held out for a better deal and tried to track down assets that may or may not be recoverable.”

The other 5% of investors are likely to sign within the next few weeks, says Kruger.

The investor is a foreign-based company, Pennython Project Management LLC, which is reportedly interested in the proprietary software belonging to Africrypt.

It is unknown at this stage who is behind Pennython.

Africrypt attracted some high-profile investors with promises of returns as high as 10% a day using a computer algorithm, according to some former clients, though this was never verified. Investors were able to invest using either rands or cryptos.

Africrypt went down in flames earlier this year when Raees and Ameer Cajee, the two brothers who ran to the operation, claimed all the crypto under their control had been hacked. It was the second time in two years they were hacked, leading to suspicions it was a scam all along.

The Cajee brothers fled the country for the Middle East soon after.

Total claims received so far amount to R129 million, says Kruger, which is the value of the original deposit amount, not the current value of the cryptos.

Two offers were made to investors, both from mystery investors, prompting some to suspect the Cajee brothers, who potentially face criminal charges in SA, were behind the offers.

The first offer was for $5 million (R78 million) of which $4 million (R62.5 million) would go to settle claims of R129 million, with the remaining $1 million injected as equity into the company. Creditors who accepted this offer would have had to withdraw criminal charges against the Cajee brothers and their affiliated entities. This condition was likely unlawful, and is referred to as ‘compounding’ in law, which is agreeing not to prosecute a crime in return for a reward.

Read: Another mystery investor emerges to rescue Africrypt investors at 65c in the rand

The second offer was for $5 million (R78 million), all of which would go to creditors, provided they accepted the offer within seven days.

Moneyweb understands virtually all creditors have accepted the offer.

Says one investor: “I’m not happy because I invested with Bitcoin, and what I have been paid out is less than 20% of what that Bitcoin is currently worth. Others who invested in rands are getting back roughly two-thirds of what they put in. But this is better than nothing.”

Other creditors are believed to be interested in pursuing the Cajees for the balance of their investment, and see this payout as the first step in that process.

Those who invested bitcoin (BTC) in the scheme in September 2019 would have paid about R120 000 per BTC, which today trades at more than R800 000. The offer of 65 cents in the rand would apply to the September 2019 price, which means they would be paid out around R80 000 per BTC – one-tenth of what it is currently worth.

This has left some creditors bitter. They believe the Cajees are orchestrating the offer from behind the scenes to avoid jail time, and believe the hack was an inside job. If that’s the case, they argue, they are being paid back with their own funds. No evidence has come to light to confirm that a hack took place.

But for most creditors, Christmas will be just a little sweeter this year.

Wow, a nice christmas box for those swindled out of their funds. I guess what the article is saying is that there was a legitimate business as there is a willing buyer. Id recommend that the remaining 5% have a demonstration done where they only have to look at the interface of this software. Excellent business model, look for greedy crypto investors, rinse and repeat, pay out 65c in the Rand n pocket the difference