Citing extreme market conditions, Celsius froze withdrawals in June in a move that reverberated through the crypto world and beyond.
By Tom Wilson, Elizabeth Howcroft and Hannah Lang 18 Jul 2022  10:56 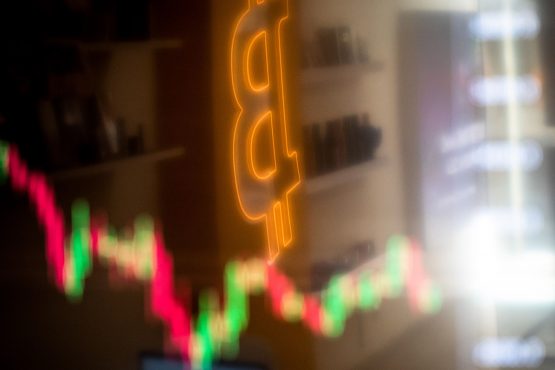 Customers of crypto lender Celsius face a long and anxious wait to know how, when and even if they will get their money back after the company filed for bankruptcy, becoming one of the biggest victims of the collapse in crypto markets this year.

Citing extreme market conditions, Celsius froze withdrawals in June in a move that reverberated through the crypto world and beyond, spurring a $300 billion selloff in digital assets and leaving legions of retail investors cut off from their savings.

Celsius Network, which is based in the US state of New Jersey, revealed a gaping $1.2 billion hole in its balance sheet when it filed for Chapter 11 bankruptcy in New York this week.

Customers should now buckle up for a bumpy ride as they await some clarity over the fate of their money, six lawyers specialising in bankruptcies, restructuring or crypto told Reuters.

With scant precedent for bankruptcies at large crypto companies, the prospect of multiple lawsuits against Celsius, as well as the high complexity of any restructuring, the Chapter 11 process is likely to be slow, the lawyers said.

“This could last for years,” said Daniel Gwen at Ropes & Grey law firm in New York. “It’s highly likely there’s going to be a lot of litigation.”

On the flip side, institutional investors such as hedge funds paid lenders higher rates to borrow the coins, leaving firms such as Celsius to profit from the difference. Lenders also invested in riskier, so-called decentralised finance markets.

US crypto lender Voyager Digital filed for bankruptcy this month too after suspending withdrawals and deposits, while smaller Singapore lender Vauld and Hong Kong-based Babel Finance have also frozen withdrawals.

While major crypto firms have failed before, most notably the Japanese exchange Mt. Gox in 2014, there is little precedent for the treatment of customers at stricken crypto lenders, the lawyers said.

“It is, at best, unknown how the bankruptcy code and bankruptcy courts will be treating cryptocurrency companies,” said James Van Horn, partner at Barnes & Thornburg in Washington.

Creditor committees formed as part of bankruptcy proceedings will likely seek to shape any reorganisation plan decided by Celsius, three lawyers said. Creditors can also make claims against the company even as it goes through the process.

“It’s probably going to take, given the complexity, six months, at a minimum just to develop a plan to come out of bankruptcy,” said Stephen Gannon, partner at Davis Wright Tremaine. “This is going to be three-dimensional chess.”

Celsius said in court filings this week that it had more than 100 000 creditors.

As of July 13, it had some 23 000 outstanding loans to retail borrowers worth $411 million, backed by crypto collateral worth $766 million, it said in a filing on Thursday.

While Celsius listed its largest 50 creditors, it made no mention of the order in which they would be repaid and many of its 1.7 million clients are individual investors.

One of them is Martin Jabou, 27, who lives in Hamilton, Canada. He put crypto assets worth about $45 000 into Celsius, though they are now worth less than half of that.

“I think we’re going to be last on the list,” he said of any repayments from the bankruptcy. “I don’t know how to afford rent or car payments, especially with the other debts that I have.”

Crypto lenders such as Celsius acted in a similar way to banks. But unlike for mainstream lenders, there is no safety net for people such as Jabou when crypto platforms fail.

While it is not clear how Celsius will classify its clients, it did warn customers it may treat them as unsecured creditors – and customers are likely to litigate over such a status, said Max Dilendorf, a lawyer in New York specialising in crypto.

“It will be a one-of-a-kind case to see why customers should be classified as unsecured creditors,” he said.