Cryptocurrency supporters can’t decide whether they are part of a revolutionary act or a get-rich-quick scheme.
By Robyn Wilkinson 20 Jan 2022  13:04 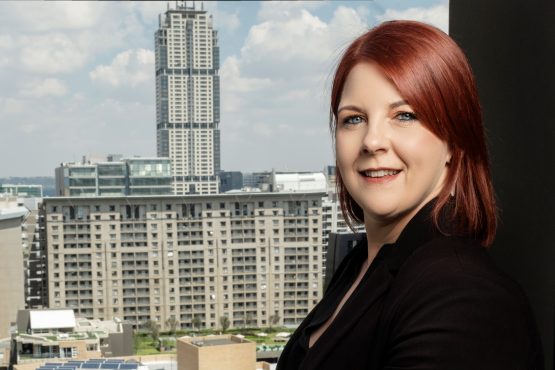 It could be argued that the original intent of cryptos – to exist and operate outside of the existing monetary system – has been lost, says the author. Image: Supplied

Cryptos have generally been seen as uncorrelated to equity markets, but the recent drop in their prices bears at least some resemblance to the S&P 500 Index, leading to more conventional economic arguments being applied to crypto markets.

This is to be expected to some degree as the investment big-hitters start paying attention to the outsize returns potentially available by adding a small crypto exposure to their portfolios. But as cryptos become increasingly mainstream investments, it could be argued that the original intent with which they were created – that is, to exist and operate outside of the existing monetary system – has been lost.

When the price of Bitcoin surged past $68 000 in November 2021, hitting a record new high, there was much conjecture that it would continue along this growth trajectory and soon break the anticipated $100 000 mark – perhaps even before the new year was rung in.

While the cryptocurrency’s price had been extremely volatile throughout 2021, it nonetheless achieved an overall increase of 60% over the year and a staggering 500% increase over the two-year pandemic period from the start of 2020 to the end of 2021.

By the first week of January 2022, however, the price of Bitcoin was hovering just over $40 000, down roughly 40% from its peak in the November prior.

Ironically, the rationale for the fall being propagated by analysts is the same one you would expect to hear when equities, or any other asset class for that matter, perform poorly – that is, to blame it on externalities, specifically on central bankers and the vagaries of monetary economics.

With the onset of the Covid-19 pandemic in 2020, the US Federal Reserve initiated a multi-billion-dollar asset-purchase programme to support US liquidity as businesses and households began to struggle under the severe economic conditions emanating from the health crisis and subsequent lockdowns. Theoretically, by removing securities from banks’ balance sheets liquidity would be created, enabling them to extend more loans to those who needed them most. But in a time of crisis, banks took a more conservative route; with the prospect of entire industries defaulting on their loans, the new money that was created by the Fed flowed disproportionately to known customers and was channelled into equities and speculative asset classes such as Bitcoin.

In December 2021, however, the Fed announced that it would finally begin the process of tapering its asset-purchase programme, subsequently slowing the rate of increase in money supply in the forthcoming months. In the first week of 2022, minutes from a meeting of the Fed’s monetary policy committee were publicly released that also indicated support within the central bank to accelerate interest rate hikes during the year.

Shortly after the release of the meeting minutes, there was a notable sell-off in the crypto market, with the price of Bitcoin dipping below $40 000 for the first time in five months.

Analysts are now warning that with less money flowing into the system overall in 2022, Bitcoin and other cryptocurrencies may not be able to maintain the highs of the past two years.

After all, as with a piece of rare artwork, a collectable vintage car, a luxury watch or any other speculative asset, demand for Bitcoin and other cryptocurrencies is driven not only by the subjective value placed on it by society, but also the overall amount of money that is available to invest in it, which is determined by the system of money supply.

This acknowledgement of the impact of the Fed’s monetary policy on the price of Bitcoin underscores an important, but often overlooked, factor in debates about the future of cryptocurrency. While as a genuine speculative asset Bitcoin has undoubtedly generated fantastic returns for investors in recent years, this should not be conflated with a mass belief in the viability of cryptocurrency as an alternative to our existing fiat currencies.

This is an essential point.

In their initial conception, cryptocurrencies were created as a replacement for the existing monetary system, designed to facilitate payments without the need for financial institutions.

They were meant to exist outside of and independent from the traditional monetary system.

It is no coincidence that the white paper that first detailed the technical functioning of Bitcoin, as the prime example, was published in 2008, while the world was in the throes of the Global Financial Crisis. Disillusioned with the failings of the incumbent economic system, the mysterious author of the paper “Satoshi Nakamoto” – whether an individual or an ideologically aligned group of cryptographers – sought to bring into the world a transparent and decentralised form of monetary exchange. While central banks and governments were papering over the cracks of the Global Financial Crisis by printing excessive amounts of money, radically increasing money supply as a result, these cryptographers had created a new network of exchange. It was a network that relied not on centralised entities to authorise and authenticate transactions, but on a peer-to-peer system, underpinned by the security of cryptography and the proof-of-work concept.

For the purists, the obsession with Bitcoin is driven primarily by its countercultural ethos – the so-called triumph of being able to bypass official institutions such as banks in transactions. Over a decade later, Bitcoin’s base of evangelical supporters has swelled, ready to counter every logical case made against its viability as a currency with slippery arguments about the merits of blockchain technology and evolving proof-of-stake models. Its rising price and tradability are generally accepted as implicit evidence of the growing belief in its potential future value for eliminating other currencies.

Consider, then, the irony that current projections of Bitcoin’s future value are being impacted by the actions taken by the Fed and other central banks, the flagship institutions of the very financial system that the creators and proponents of the cryptocurrency have sought to supersede.

Consider too that Bitcoin as a concept is emblematic of the collective loss of trust in governments, in financial institutions, and in money itself, that has persisted since the Global Financial Crisis.

Philosophically, it is closely aligned with the Occupy Wall Street movement, which gained an enormous following at the height of the Crisis, as people all over the world took to the streets to protest the Fed’s decision to stabilise the financial system by printing more money, beginning an era of excessive quantitative easing that was radically intensified during the pandemic.

It is the ongoing addiction to exactly this monetary stimulus that has contributed to the price of Bitcoin soaring over the last two years.

And now, as its price slumps, its acolytes are openly and disingenuously turning to traditional economic arguments to justify its decline and potential collapse.

Robyn Wilkinson is a writer, researcher and analyst at management consultancy Monocle Solutions and is one of the co-authors of the recently published non-fiction book ‘The End of Money: The Great Erosion of Trust in Banking, China’s Minsky Moment and The Fallacy of Cryptocurrency (2021).’