Cryptocurrencies and exchange control: where to from here?

It may be arguable that crypto assets do not constitute ‘capital’ that can be ‘exported’ …
By Robyn Berger and Rob Hare 7 Sep 2021  12:41 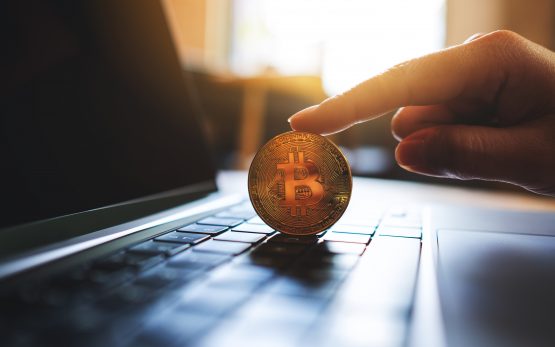 In June, the Intergovernmental Fintech Working Group (IFWG) published its latest position paper on crypto assets. It attempts to address the gnarly question: does buying cryptos represent an export of capital from SA?

Read:
SA plans to regulate crypto trading in phased manner
Here’s what the coming crypto regulation will look like

All cross-border flows of capital must be processed through an authorised dealer (AD) – someone who has been authorised to deal in foreign exchange by the Reserve Bank.

In the February 2020 Budget Speech, the Minister of Finance announced that the current exchange control regime would be modernised such that all foreign currency transactions would be allowed, unless expressly prohibited. It was however not clear how this would apply to crypto transactions.

This issue falls to be determined under Regulation 10(1)(c) of the Exchange Control Regulations, which stipulates that the permission of the Sarb must be obtained prior to the export of any capital from SA.

Which brings us to the question of what constitutes ‘capital’? The courts were tasked with answering this question in the case of Couve and another v Reddot International, where capital was deemed to be anything with monetary value.

But would this include the export of intellectual capital? The answer to this question was addressed by the Supreme Court of Appeal (SCA) in another case, Oilwell (Pty) Limited v Protec International Ltd & others 2001 (4) SA 394 (SCA), where capital was more narrowly defined as ‘cash for investment’ and ‘money that can be used to produce further wealth’. The court found that the term must not be interpreted to include goods on which capital has been spent, and intellectual property rights in particular.

After this case, the definition of the term ‘capital’ for the purpose of Exchange Control Regulations was amended to include any intellectual property right, whether registered or unregistered.

Where do crypto assets fit into the definition of ‘capital’?

With the above as background, the IFWG and the Sarb in particular are tasked with answering the following questions:

Some of these recommendations are needed urgently. By way of example, if an item is exported from South Africa and payment is received in the form of crypto assets, there is no way to record, for exchange control purposes, that the payment of crypto assets has been received.

Some of the proposed changes are puzzling, for example, the recommendation to expand the definition of ‘capital’ to expressly include crypto assets.  If such an expansion is needed, does this mean that, until the proposed change is implemented, it is not possible to contravene exchange controls through the transfer of crypto assets offshore?

The doctrinal, legal classification of crypto assets under South African law is complicated. However, in the absence of further clarification, the IFWG’s adopted definition of a crypto asset as ‘a digital representation of value’ does not appear to include an intellectual property right (i.e. a trademark, patent, design or copyright) under the abovementioned expanded definition of ‘capital’ in Regulation 10(1)(c).

Furthermore, although one can ‘invest’ with crypto assets, and although they ‘can be used to produce further wealth’, they are not regarded as ‘cash’ or ‘money’ in a legal sense, as required in the Oilwell case. This is the case not only in South Africa, but in almost every other country, with the recent exception of El Salvador

If crypto assets constitute ‘capital’, when are they ‘exported’?

However, the casual language we use when talking about crypto assets and cryptocurrencies should not distract from their fundamental differences with money.

If you ‘buy’ a crypto asset, such as Bitcoin, you do not actually ‘receive’ a coin or any other kind of asset. Your purchase is recorded on a ‘public ledger’, or ‘blockchain’, which is technically ‘visible’ to everyone. This ledger is not stored on any one computer or network.

In the case of Bitcoin and many other crypto assets, the ledger is stored on thousands of computers, called ‘nodes’ or ‘miners’. Because the ledger is public, all of these computers are able to track the transactions that are added to the ledger, and it is therefore almost impossible for someone to cheat the system and claim that they have more Bitcoin than they actually do.

Balances of Bitcoin are kept using public and private ‘keys’. A public key can be compared to a bank account number – it is a number that you can share publicly, and it is the ‘address’ to which third parties may send Bitcoin. A private key can be compared to an ATM PIN – it allows people to access their own balances of Bitcoin, and it must therefore be kept secret in order to protect that balance of Bitcoin.

It is not really accurate to say that Bitcoin is stored ‘in’ such a wallet: the Bitcoin in question will always be ‘stored’ at the abovementioned public key, on the public ledger or blockchain, as we have described above.

In light of these fundamental features, the difficulties in talking about ‘exporting’ a crypto asset or cryptocurrency become apparent – despite the Sarb’s intention that this word be interpreted generally.

Sending Bitcoin from SA to a friend in Belgium does not mean an actual ‘transfer’ of Bitcoin from SA to Belgium has taken place. Rather, the transaction is added to the public ledger or blockchain, again stored on thousands of computers globally.

But what if, rather than ‘sending’ Bitcoin to a friend in Belgium, you hand over your private key to the friend? Does this amount to an ‘export’ of Bitcoin?

Or what if you store your Bitcoin on a ‘cold’ wallet, such as a USB drive, and then carry the USB drive with you to Belgium? The Bitcoin still sits on the public ledger or blockchain. Again, is this an ‘export’ of Bitcoin?

You can see how regulators, and the Sarb in particular, are having to grapple with questions to which there are no easy answers.

Robyn Berger is an executive and Rob Hare a consultant at Bowmans South Africa.

Here we have the traditional/financial world, including central banks (and their tax collection cronies), and their appointed attorneys “grappling” how to classify the crypto-currency phenomenon (in their world).

Let’s also allow the creators of crypto, globally, to have their say/views.
I bet you no single crypto was created for it to be classified by the traditional/formal financial world. Was not meant for that. Crypto lives outside this space.

It’s not crypto miners’ fault that central authorities (like our SARB) rewrite the laws trying to describe and encompass this new virtual phenomenon….so that it could fall in some sort of category.

Ask the crypto world. It was NOT designed to be part of such (unilateral) classification.

(I don’t own crypto myself. Just an observer.)

Exchange controls are such a third world thing. With globalization today it is like talking about a dinosaur.

Best to just declare and take what you are allowed yearly out of SA and run your crypto investments from another country. Nothing to do with trying to doge the taxman you still declare profits as you do with other foreign assets.

It is all about being able to participate and transact on par with peers in the rest of the world.

Some countries already have crypto ETF’s like Canada. Access to DeFi would be easier from an offshore destination as well.

SA, SARS, SARB and all the “regulators” then don’t have to worry too much about trying to figure out what Crypto is. Just EXPORT the problem. The SARB knows then what to put in it’s journal. The money has left the country. Just one entry!!!

Until it “dawn’s” (heard this before???) on this lot that the day’s of exchange controls are long gone it is pointless to try and regulate crypto sensibly.

100%. No-one is going to build DeFi to deal with excon. There are plenty of offshore exchanges to onramp fiat, far bigger and more liquid than anything local.

I love it when Grandpa asks me about the world wide web… Not!