‘Ethereum needs to scale to become a global substrate of the clearing and settlement layer’ – Andrew Keys.
By Matthew Leising and Olga Kharif, Bloomberg 23 Nov 2020  16:10 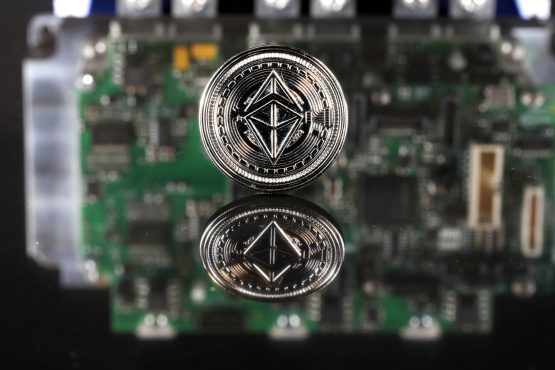 Ethereum, the most-actively used blockchain in the world, is running short on time to convince users to pledge enough digital currency to enable a network upgrade that would allow it to process a similar number of transactions as Mastercard Inc. and Visa Inc.

Since Ethereum went live it 2015 it has relied on an energy-intensive and slow method to ensure the computers on its network agree on the current state of its digital ledger. Ethereum developers have been working for years to transition to a system that instead uses a pooled amount of the digital currency Ether to secure the network and allow it to reach consensus much faster.

Known as proof of stake, at least 524,288 Ether are required to be pledged to a deposit contract by November 24 for Ethereum to begin upgrading. If that happens, the changes will automatically kick in starting December 1. As of November 22, about 48% of that total, or 253,600 Ether, had been deposited. The upgrade also has the potential to reduce the total supply of Ether which could put upward pressure on its price.

“Obviously the staking for the December 1 initial phase-in is in trouble, so I expect further delays, but things are already more than a year behind schedule,” said Aaron Brown, a cryptocurrency investor who also writes for Bloomberg Opinion. “This is a symptom of a more general issue –successful crypto finds it incredibly difficult to make even routine technical fixes, much less major transitions.” Ethereum has gained a wide following for its promise of creating an alternative financial sector and internet where middlemen are eliminated. That’s because transactions are processed by computer programs known as smart contracts rather than by corporations. It also has the potential to streamline back-office transactions for industries such as banking, cross-border payments and supply chain which could save companies millions. The slow nature of the network, however, has held it back and is a driver for the shift to proof of stake.

“Ethereum needs to scale to become a global substrate of the clearing and settlement layer,” said Andrew Keys, a managing member in Darma Capital and one of the first employees of the Ethereum application incubator ConsenSys. The current version of Ethereum proved that gold, currencies, music and other real-world items could successfully be digitized, he said. “Now, it needs to be able to serve global volume.”

The plan to stake Ether comes as cryptocurrency prices are surging again. Bitcoin has more than doubled this year to almost $19,000, a high it last reached in late in late 2017 when it neared $20,000, according to data compiled by Bloomberg. Ether has almost quadrupled to around $500. Bitcoin, like the current version of Ethereum, uses proof of work to reach network consensus.

The Ethereum upgrade to proof of stake will come in at least three phases. The first, which will begin once the 524,288 Ether are deposited, will allow the people who staked Ether to process transactions and earn rewards. The next will split the new Ethereum network into 64 separate blockchains so transactions can be processed more quickly.

Kyle Samani, co-founder of Multicoin Capital, said he’s “skeptical” that the Ethereum process can work. He noted there’s no penalty for users who want to stake their Ether at a later date and that there won’t be anything happening on the new Ethereum chain for a long time.

The November 24 deadline established by Ethereum for the Ether staking is in fact not a hard date, Keys said. The important point is to reach the minimum amount of Ether, then the process of starting the upgrade will happen automatically seven days later, he said.