The new plan includes an agreement with Silvergate Capital Corp.
By Joe Light, Bloomberg 16 May 2021  00:56 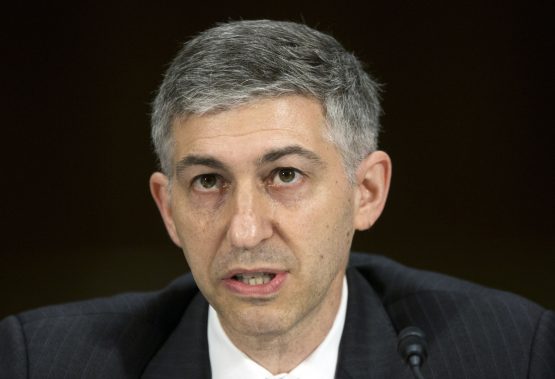 The Diem Association, a group of Facebook Inc. and 25 other companies and nonprofit groups once known as Libra, is moving its main operations to the US and partnering with a bank to issue a cryptocurrency backed by US dollars.

The new plan includes an agreement with Silvergate Capital Corp., a prominent player in the cryptocurrency industry, which will issue the coin and manage Diem’s reserve of US dollars, the association said Wednesday in a statement.

Diem said it’s still building out a global payments network, with the idea that it could serve its own stablecoin or even central bank digital currencies if world governments decide to issue them.

“It’s critical for the US to foster innovation in this space. The US can’t really afford to fall behind here,” said Diem Chief Executive Officer Stuart Levey. Levey said Diem’s payments network will be able to lower the cost of sending money around the world, whether it’s through a Diem-issued coin or the central-bank digital currencies that many countries are considering.

Shares of Silvergate Capital jumped about 20% in extended trading after the deal’s announcement.

While more straightforward to achieve, the new plans are a big comedown from the vision unveiled by the Libra Association in 2019.

That June, Facebook and 27 partners announced the project to great fanfare with large ambitions. The Libra Association, as the Diem Association was then known, said it planned to launch a global stablecoin backed by a basket of currencies, including the US dollar, euro and others.

The blowback from world governments was fierce. Even though Facebook executives said they were just one of equal partners in the association, US lawmakers said its involvement gave them concerns about protecting user data or giving the already powerful company a toehold in financial services. Some lawmakers even posited that libra could be a threat to the US dollar as the world’s reserve currency.

Amid the criticism, the Libra Association lost some of the members most equipped to address financial regulators, including Visa Inc., Mastercard Inc., and PayPal Holdings. Eventually, the Libra Association decided to delay the launch of a multi-currency coin in favour of separate cryptocurrencies linked to individual countries’ money. The association also rebranded as Diem, but never received a necessary license from the financial regulator in its headquarters country of Switzerland.

Now, Diem’s ambitions are tightening once again. The association’s members currently include Facebook, crypto-focused companies like Coinbase Global Inc., and others such as ride-hailing company Uber Technologies Inc. and commerce platform Shopify Diem said while it expected eventual approval in Switzerland, it’s withdrawing the application for its license and moving most operations to the US.

Diem’s US subsidiary plans to register as a money-services business with a division of the US Treasury Department.

Though Diem’s path forward might be easier that Libra’s, the association could struggle to explain how the project differs from myriad dollar-backed stablecoins that already exist, such as USD Coin.

In an interview, Levey said the association believes that the way it’s implementing the coin, with built-in consumer protections and anti-crime provisions, will be appealing to regulators and companies that want to use the network.

Many central banks, including those of the US, Europe and China, are in the process of researching or building their own digital currencies. If those come to pass, Levey said, Diem can adjust its network to accommodate them.

Diem declined to say when the pilot would launch.