MTI liquidators agree to process net losers ahead of winners

Net losers are being ring-fenced from the winners to expedite claims.
By Ciaran Ryan 4 Mar 2022  00:07 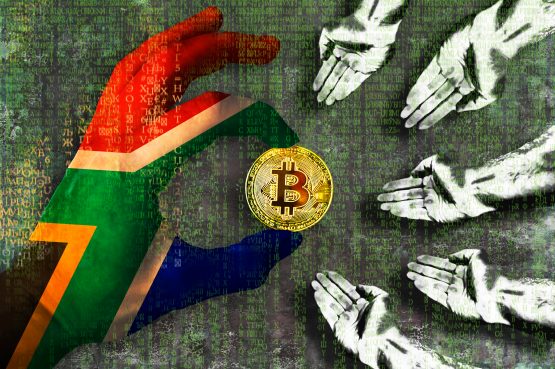 All net losers are covered by the agreement with the liquidators whether they are part of the MTI ‘Get a Quid’ recovery group or not. Image: Supplied

Liquidators for the failed Bitcoin scheme Mirror Trading International (MTI) this week agreed to ring-fence and process the claims of net losers ahead of the net winners, some of whom are waging court battles to hold on to their winnings.

This follows a high court application brought by MTI investor Chris Kriel, representing 15 000 net losers in the scheme under an ‘MTI recovery group’ named Get a Quid, seeking to postpone scheduled inquiries into the scheme and to remove the liquidators on the grounds of irregular conduct.

Of the tens of thousands of claims submitted to the liquidators, only one has been accepted, that of JNX Online which is a company previously controlled by MTI founder Johann Steynberg and subsequently placed in liquidation.

This created outrage among the many thousands of people who have submitted claims to the liquidators. At the second meeting of creditors in February 2022, the Master said the claims were rejected on the grounds that they were “illegible”.

In an affidavit before the Cape High Court, MTI investor Johannes Kriel notes that the liquidator of JNX Online operates from the same office as MTI liquidator, Herman Bester.

“It is thus apparent that, on the face of it, something is amiss,” deposes Kriel.

“In other words, the Applicants (the MTI liquidators) are required to only follow the instructions of the single proved creditor in an estate which is indebted to hundreds of thousands of investors in many millions of rands (if not billions).”

The agreement between net losers and the liquidators outlines the process to be followed for claimants to verify and prove their claims.

Ruann Kruger, the attorney representing Johannes Kriel and the net losers, says the claimants are now clearly split into two groups – the winners and losers – so that the payout of valid losers’ claims is not delayed by court cases being opposed by the big winners.

“We can assist the liquidators. We will now have access to the back office data, just as they do, so we can help in determining who were the losers and whether their claims are valid or not.

“We can also help with the winners, who will probably have to pay back into the scheme if they drew out more than they put in,” says Kruger.

“This of course is dependent on whether MTI is declared an unlawful scheme, and that case will be decided on 29 April.”

MTI drew in hundreds of thousands of investors from around the world on the promise of returns as high as 10% a month, but collapsed in December 2020 when Steynberg fled to Brazil and the company put a stop to all requests for withdrawals. MTI was declared the world’s biggest crypto scam in 2020 by Chainalysis. By some accounts, more than 29 000 bitcoin passed through the system, representing about R20 billion at current bitcoin prices.

The liquidators are attempting to have MTI declared a Ponzi scheme, which would mean any proceeds derived from the scheme are unlawful and must be repaid. That case has now been postponed to April 29.

In a separate case before the Cape High Court, 50% MTI shareholder Clynton Marks argues that MTI cannot be deemed insolvent as it has recovered bitcoin worth roughly R1.3 billion and has claims totalling just R300 million. The old Companies Act and the Insolvency Act only allow for the winding up of a company unable to pay its debts.

Marks is opposing the application to declare MTI an unlawful scheme. In a circular to creditors, liquidator Riaan van Rooyen says Marks is one of the biggest winners in MTI “and his agenda is simply to try and avoid a day of reckoning in terms of paying back and having to testify further”.

“The settlement with the groups of creditors is welcomed by the liquidators and seen as very constructive steps towards finalising one main area of the administration of the estate, namely the processing of claims of true losers, who are entitled to a dividend as soon as possible,” adds van Rooyen.

“With the massive representation of Mr Kriel and the [Get a Quid] group, the liquidators are confident that the investors (creditors) will now realize that the liquidators continue to act in their best interest and the liquidators wish to extend their gratitude to the leaders of the groups, and their legal teams, for engaging the liquidators on this very important settlement affecting such a great part of creditors.”

Once the claims of the net losers have been validated and approved, the liquidators have agreed to convene a special meeting of creditors and prepare a first liquidation and distribution account detailing what dividends will be paid.

This agreement is conditional on the Cape High Court finding that the business of MTI was unlawful. All net losers are covered by the agreement, whether or not they are part of Get a Quid.