On top of the R1bn in bitcoin already recovered from Belize-based broker FXChoice.
By Ciaran Ryan 6 Dec 2021  00:01 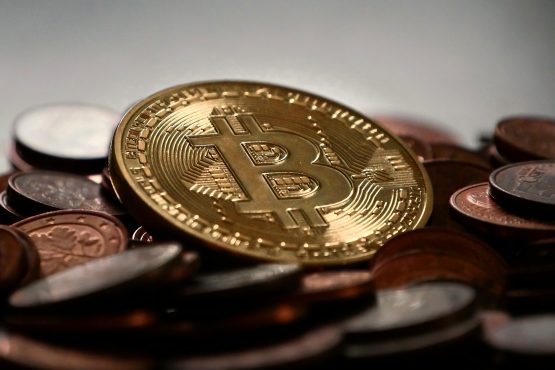 A company controlled by MTI’s Steynberg and his wife paid close to R1m a month to the latter, which she regarded as a contribution to household expenses. Image: Shutterstock

A clearer picture is emerging of the Mirror Trading International (MTI) scam that relieved tens of thousands of people around the world of their bitcoin (BTC) almost a year ago.

MTI was placed in provisional liquidation in December 2020, and final liquidation in July this year, when it was disclosed that liquidators had recovered 1 281 BTC from Belize-based broker FXChoice. A total of R1.05 billion was recovered from the sale of this BTC.

Preliminary investigations show total assets of about R3.1 billion, though further investigation is required to firm up the figures.

In their hunt for assets belonging to the estate of MTI, the liquidators successfully brought an application for the liquidation of JNX Online, a company controlled by former MTI CEO Johann Steynberg and his wife Nerina.

The report says the liquidators are currently investigating the assets and affairs of JNX Online and will report back to creditors in due course.

It seems JNX Online was used by Steynberg to buy and sell BTC and to pay creditors and employees of MTI.

She testified at the Section 417 enquiry that JNX Online did not owe her this money and she considered this to be a contribution by her husband to the household expenses.

Steynberg was sequestrated and a company called Dulospan, which he used to acquire three immovable properties worth R6.5 million, was collapsed into his insolvent estate.

Nerina Steynberg and a friend agreed to transfer cryptocurrency worth R2.1 million into a wallet opened by the trustees of the insolvent estate. The liquidators say legal action is required to interrogate potentially fabricated claims by employees and suppliers of MTI.

Most MTI managers and heads of department received excessive remuneration packages and, from about October 2020, an additional BTC per person per month.

Crypto specialists have been appointed to assist in quantifying and identifying claims from the information obtained from MTI’s back-office platform known as Maxtra Technologies that was run out of India.

This is well short of the hundreds of thousands of investors claimed by MTI before it collapsed.

There are a number of possible explanations for this, including:

MTI was the world’s biggest crypto scam in 2020, according to Chainalysis.

It’s reckoned that more than 29 000 BTC was channelled through MTI, worth more than R23 billion at current prices.

The scheme offered growth of 10% a month using a proprietary algorithm – which the liquidators and Financial Sector Conduct Authority (FSCA) say they found no evidence of.

MTI collapsed a year ago when the company stopped paying out members’ requests for withdrawals, and Steynberg disappeared without trace.

MTI was successful in marketing itself on social media channels and through referral agents, who received generous commissions for introducing new members.

The FSCA blew the whistle on MTI in August last year, and recommended that members demand their money back.

MTI marketing went into overdrive and actually expanded its membership in the following months, despite the FSCA warning.

At the first meeting of creditors earlier this year, a claim of R10 billion was lodged by the liquidators.

The second meeting of creditors is due to take place in Cape Town on Friday (December 10).

In a circular issued in August 2021, creditors were advised that liquidators had teamed up with international law enforcement agencies, including the US Federal Bureau of Investigation, to assist in the recovery of funds.

The circular says there is still uncertainty as to the whereabouts of Johann Steynberg. Even though there is a paper trail in the form of an airplane ticket suggesting he fled to Brazil, there is no video or photographic evidence that he actually left SA.

This has given rise to rumours that he either never left SA, or has since returned and has gone to ground.

The liquidators say they will continue to investigate the circumstances leading to the collapse of MTI by way of Section 417 and 418 enquiries in terms of the Companies Act.

The same circular advises that those members who earned more from the scheme than they put in are classified as debtors of the liquidated company and may have to repay funds.

Those who received less than they put in are classified as creditors.

A further legal case still to be heard by the court is whether MTI was an unlawful scheme.

Should the liquidators succeed in having it declared an unlawful scheme, it will no longer be necessary to argue that liabilities do not exceed assets or that the payment of profits and commissions were not for value.

This case is being opposed by Clynton and Cheri Marks, two of the most prominent leaders of MTI, who argue that should the liquidators succeed in having MTI declared a pyramid or Ponzi scheme, members stand to forfeit everything to the state.

This was refuted by liquidators in a media statement issued in August.

“If an investment scheme is illegal, profits and referral commissions were not legally owed to the recipients thereof,” reads the statement.

“They can be recovered by the liquidators, for the benefit of those investors who actually lost their capital invested in the unlawful scheme.

“It is also not correct that the money that the liquidators may be able to recover could be forfeited to the state,” it adds.

“Funds recovered will be utilised to pay the real victims [those investors who lost their capital] a pro-rata portion of their claims.”

Discussing the current radical volatility in cryptocurrencies, the world’s leading financial newspaper, the Financial Times has this to say in today’s article by Jemima Kelly in FT Alphaville Opinion:

“Well honestly, given that the FT refuses to employ anyone who will pump this stuff — outrageously — we are more than happy, as we have done (a lot) before, to simply direct our readers to the bros themselves to give you the spiel.”