Expects to drastically cut the lead times for bringing water projects on stream by making it far quicker and easier to get funding.
By Ciaran Ryan 11 Jul 2022  00:05 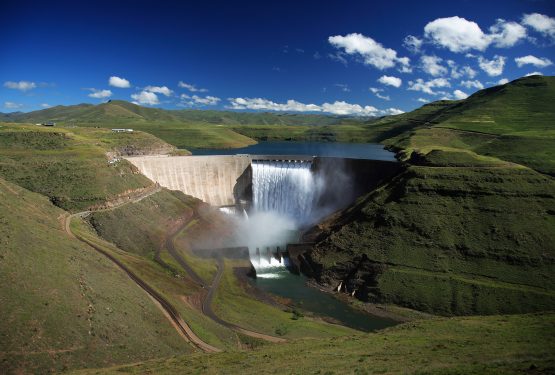 In what is rated as a world first, the SA-based H2O Water Network listed the H2ON token on two exchanges on Thursday, aiming to unlock billions of dollars worth of funding for water projects around the world.

The token traded at between $1.30 and $1.40 on Thursday, before settling at $1.14 by Friday morning. The tokens are listed on the Bitmart and ApeSwap exchanges.

The project is the brainchild of Exchange Trust Settlement Services, led by private equity veteran Julius Steyn, and a team of investment bankers, as well as blockchain and water specialists.

Steyn was previously involved in re-engineering water plants in Saudi Arabia that resulted in cost savings of $140 million in the first year.

He was also part of the team that set up Old Mutual Bank as well as online bank Twenty20, which was eventually sold to Standard Chartered.

“It was clear to me that water supply is one of the biggest global challenges we face going forward, and there are dozens of viable projects that lack the financing [and] commercial and water expertise to get them off the ground. That’s the niche we aim to fill,” says Steyn.

Read:
Why full dams don’t mean water security: a look at South Africa
SA has had lots of rain and most dams are full, but water crisis threat persists

The launch of the H2ON token comes at a time of waning confidence in the more speculative aspects of crypto investing.

What’s different about the H2ON token is that it is backed by verifiable projects that are audited and monitored daily on the blockchain, so that revenues and water volumes can be tracked almost in real time.

This should unlock new sources of funding for water infrastructure projects that typically rely on developmental finance institutions with long approval times and payback periods.

The H2O Network expects to drastically cut the lead times for bringing water projects on stream, while making it far quicker and easier to get funding, even for smaller projects.

The project is backed by Global Emerging Markets (GEM), an alternative investment firm with $3.4 billion in projects in 75 countries.

Steyn said that the focus with the H2ON token is on the financing of water projects internationally, and not so much on the technical engineering and construction of such projects. “Technical involvement with a project is only to the extent to make sure that a water project meets stringent environmental, social, and governance [standards], is functional and meets our rating and underwriting standards.”

The financing of water projects is capital intensive, complex and risky, particularly against the backdrop of the current global warming scenario, adds Steyn, hence the need for a specialised financing mechanism backed by some of the best water and commercial experts in the world.

The World Health Organisation estimates that more than two billion people live in severe water scarce circumstances. Research suggests water scarcity is likely to impact more than half the world’s population by 2030.

A study by the Organisation for Economic Co-operation and Development (OECD) estimates that the global funding gap for water infrastructure could exceed $18 trillion by the end of 2030.

This is expected to pose a major risk to business and society going forward.

The water projects are managed by H2O Securities, a division of Exchange Trust Settlement Services. Projects are evaluated and analysed by international experts and engineers, and Steyn says a pipeline of projects worth more than $200 million is currently under evaluation.

“This is the first time that there is a cryptocurrency designed to finance water,” says Steyn. “We want our token to be underwritten and rated by an internationally reputable ratings agency so that token holders know what they are buying.”

The token is built on the Binance Smart Chain, utilising smart contracts that monitor water volumes, quality and costs of production. The plant owner is remunerated through the USD Tether (USDT) stablecoin, which is backed by the US dollar, and transferred daily into a pre-funded digital wallet.