Stablecoins not ready for consumer payments, US watchdog says

‘A lot of people thought that a stablecoin was just going to be as good as a dollar,’ Chopra said. ‘But they’re learning that it’s not.’
By Allyson Versprille and David Westin, Bloomberg 17 May 2022  07:34 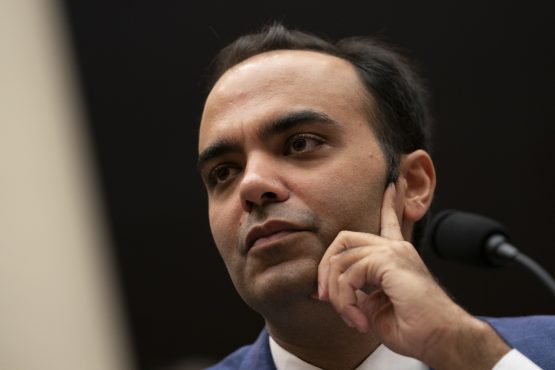 The recent collapse of a popular stablecoin shows that the tokens aren’t ready to be used by consumers to make payments, according to a key US watchdog.

“People wonder: Is it going to be one day used for consumer payments?” Rohit Chopra, director of the Consumer Financial Protection Bureau, said in a Bloomberg TV interview Monday. “Many are thinking it’s not ready yet.”

Chopra’s comments come a week after TerraUSD, or UST, lost its peg to the US dollar. Unlike other stablecoins that are backed by cash or other assets, the Terra coin primarily relied on algorithms. The experiment failed and now a backer of the token has burned through nearly $3 billion of cryptocurrency reserves in an unsuccessful bid at restoring the coin.

Chopra said there may be “movement” on crypto regulation this year. Regulators are studying a range of issues, including rules for stablecoins, following an executive order from President Joe Biden.

“A lot of people thought that a stablecoin was just going to be as good as a dollar,” Chopra said. “But they’re learning that it’s not.”