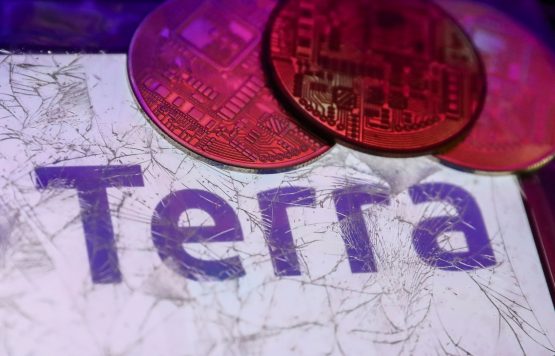 The liquidators are not yet certain that any loan repayments or distributions will be made to creditors. Image: Jakub Porzycki/NurPhoto/Getty Images

What has infuriated some investors was an apparent decision taken by Invictus management giving them the right to plough funds into an experimental stablecoin like TerraUSD (UST) where yields of up to 20% a year were being offered.

Unlike other stablecoins like USD Tether (USDT), USD Coin (USDC) and True USD (TUSD), Terra was not fully backed by liquid assets.

It relied instead on a separate crypto called Luna, which provided collateral so long as market hype kept driving the coin price higher.

That hype disappeared in May when the 20% yields on offer turned out to be unsustainable, dragging Terra and Luna down to virtually zero, and destroying some $40 billion in value. A number of Invictus funds were exposed to Terra/Luna.

The companies were placed in liquidation in June, when the joint liquidators determined that Invictus Alpha was insolvent. The liquidators say they are not yet certain that any loan repayments or distributions will be made to creditors.

In May, Invictus notified investors that the Terra collapse had a material impact on its Bitcoin Alpha and Stable Growth Fund. “The UST stablecoin decoupling [from the US dollar] did not directly impact Crypto20 and Hyperion [two funds within the Invictus stable], but Crypto20 did see a small drawdown due to the adverse price action of Luna.”

According to a notice sent out by the joint liquidators, Invictus Alpha’s investment strategy was to deploy capital from third party lenders into the digital asset market by executing market-neutral trading strategies.

“However, various changes to market conditions made it increasingly difficult for the company to find sustainable delta-neutral trading strategies,” says the liquidators’ statement.

“As a result, on or around 9 May 2022 the company decided that it would be prudent, and in the best interests of its stakeholders, to gradually and responsibly exit certain positions and to exercise its prepayment rights to allow it to return loaned capital to lenders.”

This is at odds with the statement put out by the company in May, when Invictus advised investors that due to the decoupling of the UST stablecoin (TerraUSD) from the US dollar, certain changes would be made “which requires taking immediate steps to ensure that all investors remain confident that their investments remain protected and they are treated fairly across all offerings and outcomes”.

‘Delta-neutral’ is a type of trading strategy intended to smooth out market movements, generally using options, to bring the net change to zero.

The company announced a voluntary winding up of New World Holdings, and the appointment of voluntary liquidators (VLs) in the British Virgin Islands.

“This process is consensual, and the VLs will work hand in hand with the Invictus team [and] staff to realise assets in a controlled, transparent, and value preserving way,” says a statement from the liquidators. Moneyweb is in possession of legal correspondence flowing between investors and the company.

According to one such letter, Invictus is accused of unilaterally changing the terms and conditions of the Hyperion Fund, which was set up to invest in early stage blockchain projects which intended to offer public token sales, also known as initial coin offerings or ICOs. The purpose was to give investors first bite at viable blockchain projects that had been vetted by experts.

When the bottom fell out of the ICO market, the fund strategy changed to equity investments.

This, says a lawyer representing an aggrieved investor, is contrary to the representations made to investors when the fund was first launched.

There are also accusations that cash intended for the IHF (Invictus Hyperion Fund) token issue was transferred into the Invictus Margin Lending Fund, which is believed to have had substantial exposure to UST and Luna – both of which are now effectively worthless.

Hyperion was the flagship fund, which generated funds to pay staff in the group. Investors tell Moneyweb that the fee structure in Hyperion was changed without consulting clients, but the real damage was done when it was discovered that the group had substantial exposure to Terra/Luna, and several investors demanded their money back.

In a letter to investors in April, Invictus justified the change in management fee structure of 1.5% a year and 12.5% based on performance, and disputed that it had not been properly communicated to investors.

The same letter advised that Daniel Schwartzkopff had resigned as group CEO of Invictus Capital after being asked to tender his resignation.

He also resigned from Invictus Hyperion and New World Holdings (trading as Invictus Capital) and was replaced by brother Luke Schwartzkopff and Haydn Hammond as directors.

There was also criticism from investors that the performance fee accrued on unrealised gains, which incentivised overvaluation of the fund’s investments.

“We have done our utmost to resolve these concerns through our policy of conservative and fair valuations,” says Invictus in a letter to investors.

Moneyweb reached out to Invictus for comment but did not receive a response.

“Terra was not fully backed by liquid assets. It relied instead on a separate crypto called Luna, which provided collateral so long as market hype kept driving the coin price higher.”

Whoa! Haven’t I read about this kinda thang somewhere before??