Applied Blockchain was asked by an investor to take look at the inner workings of Terra Luna and didn’t like what it found.
By R Paulo Delgado 23 May 2022  00:03 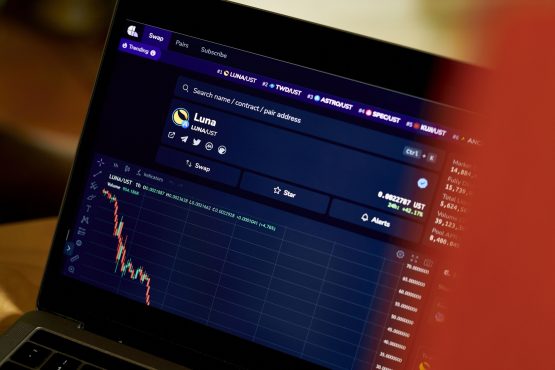 Luna has all but disappeared, though there is a brisk trade among speculators hoping for a rebound. Image: Gabby Jones/Bloomberg

Applied Blockchain, a blockchain solutions provider in the UK, predicted in January that Terra’s smart contracts protocol would run out of funds within nine months.

“In reality the collapse has been quicker,” CEO Adi Ben-Ari wrote in a recent LinkedIn post.

The company was approached by an unnamed fund at the beginning of the year to “investigate and produce a report on the risks associated with the Terra ecosystem, as well as insurance products available to mitigate those risks,” said the LinkedIn post.

The crash has been called crypto’s 2008 moment – a reference to the financial collapse of 2008.

After the crash, Applied Blockchain received permission from the fund to publish the study’s findings.

Blockchain protocols, the Luna token, and the Earn dApp

Terra’s blockchain is based on an open-source blockchain, Ben-Ari told Moneyweb in an interview. Terra deployed the blockchain itself and put the Terra brand on it.

Blockchains lean on technical implementations called protocols that are composed primarily of smart contracts which have rules of how things are going to function on that blockchain.

The Terra blockchain is made up of a number of protocols, or smart contracts, one of which is the Anchor Protocol. According to its website, the Anchor Protocol is a lending and borrowing protocol that provides “a stable high interest rate, offering up to 19.5%”.

Terra deployed both an algorithmic stablecoin on its blockchain, the TerraUSD (UST), and a cryptocurrency token called Terra Luna (Luna).

The company also deployed a number of applications, the most interesting of which was called Earn, a decentralised application or what is known as a dApp.

It was through Earn that Terra offered investors annual returns of up to 20%, said Ben-Ari. To use Earn, you needed UST, and it all ran on the Anchor Protocol.

But UST wasn’t backed by the USD. It was backed by Luna, and what kept UST ‘pegged’ to the USD was an algorithm, not actual dollars in a bank.

Luna’s fall dragged Bitcoin (BTC) with it, though the latter appears to have found support around $30 000. Luna has all but disappeared from view, though there is a brisk trade among speculators hoping for a rebound.

It’s clear that Applied Blockchain spared at least one major investor from pouring funds into a dodgy stablecoin.

A key question Ben-Ari’s team asked itself when looking into Terra was: Where did the 20% return come from?

The Anchor Protocol made use of something called a ‘Yield Reserve’ which was designed to hold excess funds that could make up for shortfalls. This reserve would supplement the lending annual percentage yield (APY) when the ‘Anchor rate’ did not match the interest rate charges.

“We came to the conclusion that much of the 20% was coming from Terra’s own reserves,” Ben-Ari told Moneyweb. “We felt this was unsustainable over time and recommended that the fund not invest in Terra.”

The study found that the yield reserve was “decreasing at a steady rate” and that it would “drop to zero within the next couple of weeks without intervention”.

At the time, it appeared that Terraform Labs, the company behind Terra Luna, was planning an injection of $100-300 million into the yield reserve to bolster it.

Presciently, the study reported: “Without intervention the APY will be forced to drop and if it falls significantly enough it could result in a large withdrawal of funds from Earn. This will either bring the lending rate closer to the borrowing rate and stabilise the system, or, if enough liquidity is withdrawn it could trigger a run on Anchor and cause a UST depeg.”

Ben-Ari explained that there was nothing particularly wrong with Terra’s approach to paying out returns from reserves.

Paying initial returns from reserves is not uncommon in the cryptosphere and it’s often used to build interest for a new cryptocurrency until that cryptocurrency can support itself.

Increased interest in the Terra blockchain would have resulted in the creation of dApps – which are applications, many of them designed to generate yield for investors – and that should have attracted sufficient funds to cause the Luna price to rise sustainably, while TerraUSD would be able to retain its value at $1.

There were also other mechanisms in place for Luna’s value to increase over time, Ben-Ari’s team found.

So there did seem to be a plan in place to make those 20% returns come from new earnings – eventually. “But it grew too fast,” Ben-Ari says.

But it turns out that a 20% APY was too good to be true. Too many people got involved too quickly, and it all came tumbling down, as Applied Blockchain predicted it would in its report.

* R Paulo Delgado is a crypto writer with an eye for the bizarre and the human stories behind the always fascinating leaps and stumbles of this new asset class.