Will we finally see crypto regulation in SA in 2022?

What local regulations could look like and what crypto exchanges will need to do to survive these.
By Wiehann Olivier 5 Feb 2022  00:01 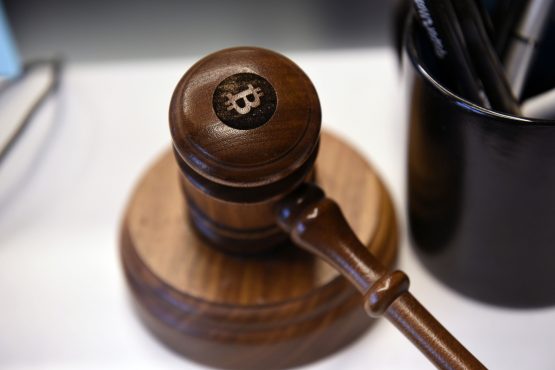 Towards the end of last year the news broke that Binance, the world’s largest international cryptocurrency exchange by volume, had withdrawn their application for a license to operate a crypto exchange in Singapore due to regulatory issues. While the news may have fallen on deaf ears in many other jurisdictions, it provides stakeholders in every crypto industry around the world with something to think about.

Various jurisdictions had taken different approaches on how to regulate their crypto industry. Firstly, by imposing a total outright ban on cryptocurrencies and related trade; or secondly by implementing extremely strict and cumbersome regulations from the get-go without a thorough understanding. Lastly, certain jurisdictions have avoided regulating the industry at all – with an aim to slowly implement regulations once they obtain an understanding of the technology and its impact on fiscal, economic, and regulatory environments.

To regulate or not to regulate? This is the question

Whether to regulate the crypto industry or not is an ongoing debate, but most informed stakeholders believe we need a regulated environment to further grow the industry and provide protection and recourse to consumers.

From a growth perspective, a regulated crypto industry could increase overall adoption and give birth to a new sub-sector of publicly trades funds holding crypto as their underlying assets as we have seen internationally with the hype around ETF’s.

That said, it is paramount that these regulations do not stifle innovation.

Currently we have no idea what local crypto industry regulations will look like. But there have been rumours of what regulators are planning to impose and that they will do so within the second or third quarter of 2022. The big question is whether virtual asset service providers (“VASPs”) are agile enough to organise themselves operationally to be able to adhere to these laws and regulations.

What is the possible impact on both VASPs and their customers?

In the case of Binance, regulations had such a massive operational impact on their business that the knock-on effects resulted in their customers trading accounts being closed by the 13th of February 2022.

In South Africa, where the crypto industry currently remains unregulated, we are fortunate to have been able to observe other regulated jurisdictions and learn from their mistakes.

At the moment, South African VASP’s must adhere to general  regulations including, but not limited to, the Companies Act, Statutory Audits, Tax Administration, VAT and Income Tax Act and Exchange Control regulations. But, as soon as crypto-specific regulations are introduced they may also need to adhere to the Financial Intelligence Centre and Financial Advisory and Intermediary Services Act. With “normal” financial service providers already navigating this regulatory mine field for years, VASPs will need to catch up quickly.

In addition, VASPs will come under increasing compliancy pressure from commercial banks who are the lifeline for most of them; creating a bridge between fiat currencies and cryptocurrencies. Over the last couple of years we have seen certain commercial banks in South Africa implementing blanket bans for servicing VASP’s. Others have followed an alternative strategy by ensuring that their risks are mitigated by demanding that their VASP clients are compliant from an overall regulatory standpoint and have the necessary Know Your Client (KYC) and Anti Money Laundering (AML) policies and procedures in place.

Hopefully we will also see amendments made to the Income Tax Act during February, possibly including crypto investment bundles as part of the collective scheme of investment, or further guidance from SARS as opposed to merely stating that “the ordinary rules apply”.

Who will be left standing?

Since the introduction of Bitcoin in 2009, the biggest reason for cryptocurrency exchange failure internationally has been as a result of security hacks. Not far behind however, has been their inability to adhere to the applicable laws and regulations.

When regulations kick in locally, and the industry is increasingly actively monitored from a compliance perspective by the FSCA and other watchdogs, some of these VASPs will likely drop out of the race due to compliance struggles – as we have seen internationally. This illustrates the importance for stakeholders to understand their preferred VASPs stance on regulations and in doing so mitigate their risk of being affected.

To remain in the game it is imperative that VASPs proactively manage ongoing regulatory risk as opposed trying to play catch up and eventually falling behind once regulations are imposed. What remains to be seen is whether it will only be the larger VASPs left standing or if there is scope for smaller players in a regulated crypto industry.

When will we ever learn: All regulation does is create an admin burden to entrepreneurs and make auditors and lawyers rich. The whole idea of crypto is to create flows of currency where it does not matter what governments day, especially criminal governments such as ours. Even in banking where the banks are regulated to death you still get scamsters stealing money from widows and tax payers. It is not regulation that prevents loss, it is quality of the management of whom you entrust your money to that matters.