ZARP, the rand stablecoin opening up a world of DeFi possibilities ZARP is built on the Ethereum blockchain. Image: Shutterstock

Why would you want to purchase a crypto imitation of the rand? And is it legal?

The answer to the second question is yes, it is legal, in the sense that it is not regulated under the Banks Act or the South African Reserve Bank Act, nor is it legal tender. That privilege is reserved for rands issued by the Reserve Bank.

Rand stablecoins mimic the ‘real’ rand but in the cryptosphere, so they can’t be used to purchase coffee or groceries without first converting them to fiat rands, and that comes at a cost.

There’s an ever-expanding number of stablecoins like USD Tether, Dai and USD Coin (USDC), all pegged to the US dollar, that allow crypto traders to park their profits in something less volatile than bitcoin (BTC) or ether (ETH) without having to off-ramp their funds back into fiat currencies and incur the costs of that conversion.

The problem that bedevils some stablecoins, USD Tether in particular, is a niggling doubt about whether they really are backed 1:1 by cash reserves and near-cash assets. USD Tether is the fourth-largest crypto asset with a market cap of $76 billion, with USDC about half its size at $36 billion.

EURS is a rapidly-growing stablecoin pegged to the Euro, and now ZARP offers South Africans an opportunity to park their crypto profits in something a little more stable than more conventional crypto assets.

It is not inconceivable that stablecoin forex pairs will eventually nibble into the giant $6 trillion-a-day fiat forex market, which operates through a multitude of brokerages and banks, and allows all manner of inefficiencies, such as wildly differing spreads and commissions, to creep in.

ZARP is the brainchild of Simon Dingle, one of the founding employees of crypto exchange Luno, and Kenny Inggs. 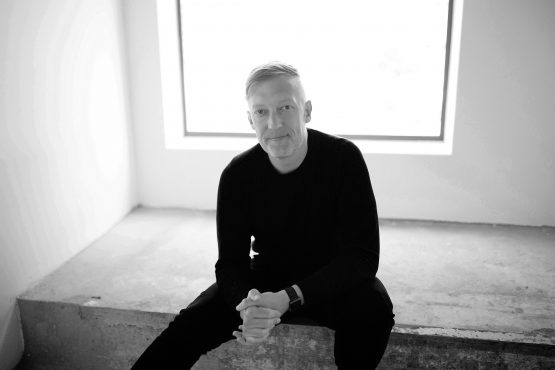 Says Dingle: “A true stablecoin is backed by hard currency and is independently audited so that users can trust that it won’t lose its peg or that the owners can just mint as much of it as they like.

“We’re proud to be audited by the Kempen Group who regularly attest our token supply and cash held in our treasury account. Our smart contract has been audited by the Solidity Finance team in terms of application and security, and passed in all categories with flying colours. We’re confident that we’ve ticked all the boxes in creating the ultimate stablecoin for the rand.”

Where to find it

The first SA crypto exchange to offer ZARP is OVEX, though Dingle says he hopes to see other exchanges adopt it shortly.

Says OVEX CEO Jon Ovadia: “One of the advantages of owning ZARP is that you enjoy the flexibility of a stablecoin operating on the blockchain. That means you can not only park your crypto profits, you can use this as an on-ramp to decentralised finance (DeFi) where annual percentage yields from ‘staking’ are higher than you would expect in traditional markets, though with commensurate risk.

“ZARP can also be used to conduct arbitrage across markets more efficiently. The number of use cases will continue to grow, and we’re excited by this development.”

Ovadia says liquidity providers for ZARP on OVEX are able to earn substantially more than can be earned in more traditional markets.

What about the risks? Dingle says the risk of any stablecoin is that it is genuinely backed 100% by hard assets, and that assurance must come from trusted third party auditors.

“We went looking for a rand stablecoin to use in our projects and were surprised to find that none existed, so we started one ourselves,” he says.

Not just ahead of the curve …

ZARP is also listed on Curve, an exchange liquidity pool on Ethereum designed for efficient stablecoin trading at low risk, and supplemental fee income for liquidity providers, without an opportunity cost. This means that yield incentives will soon be available on Curve in native ZAR value.

ZARP has also been integrated with the Keep3r Network, a decentralised platform designed to facilitate the coordination between projects that need to source outside development operations and service providers.

Also behind the project is legendary Ethereum developer and DeFi architect Andre Cronje.

ZARP is built on the Ethereum blockchain and plans to launch on additional networks soon, as voted for by its community of users.