Raubex’s appointment of Felicia Msiza is a rubicon moment for the industry, and SA.
By Webster Mfebe 16 May 2022  11:00 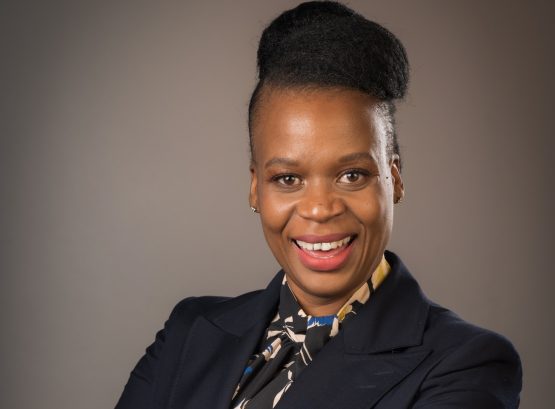 Felicia Msiza will be taking over as Raubex CEO in August. Image: Supplied

[It is] an unprecedented milestone in the history of the construction industry in South Africa. Raubex Group, a diversified infrastructure development and construction group, and currently one of the JSE’s best performing construction companies, [recently] announced the replacement of current CEO Rudolf Fourie with a black female candidate, Felicia Msiza.

Msiza becomes the very first female, of any race, to become CEO of a JSE-listed construction company.

A humble but incisive, self-driven and results-oriented individual, Msiza (47) hails from Soshanguve, Tshwane. Her simplicity and humility are the most defining characteristics [noticed] upon first interaction with her.

Msiza holds a BCom, HDip (Tax), and MBA degree, and is a qualified chartered director (SA).

She previously served as group chief audit executive at Denel, director of risk and assurance at City Power, head of internal audit at the Independent Development Trust, and as a partner and director at SizweNtsalubaGobodo VSP.

On April 12, 2022, in my capacity as the CEO of the South African Forum of Civil Engineering Contractors (Safcec), I met the current CEO Rudolf Fourie, who was accompanied by Msiza at their head office in Highveld, Centurion, as part of my ‘CEO to CEO Outreach Initiative’, with a view to strengthening relations and communication between member companies and their industry body …

At that successful meeting, Fourie mentioned to us that he had big plans for Msiza and all of us, including Msiza herself, looked perplexed about what those plans might be. There was a passage of almost a minute of dead silence in the boardroom … as we looked at each other expecting Fourie to elaborate, but instead he forged ahead with the purpose of our joint meeting.

The big announcement on May 12, 2022, confirmed that Msiza would take over from Fourie with effect from August 1, 2022. Msiza herself was surprised by the [development] as she revealed to me in my congratulatory teleconference with her and Fourie …

Having recommended Msiza’s appointment to the Raubex board as his successor, it is clear that Fourie is confident that he is handing the reins to a safe pair of hands, as he remarked during our teleconference: “If Felicia fails, it means I have also failed.”

It turned out that during the five solid years that Msiza worked closely under Fourie’s tutelage [with continuous guidance and support], the silent mentor who never revealed nor raised any expectations on Msiza’s part, indeed had big plans for her.

Fourie revealed to me that he was impressed with Msiza’s strong work ethic, competence and professionalism. I think these are some of the attributes that can be emulated by all who aspire to climb the corporate ladder, provided that there are many silent mentors like Fourie out there, to break down the barriers of entry into meaningful corporate positions by previously disadvantaged groups, especially women.

The key success factors here are proper mentorship and continuous support, complemented by the right attitude and skills of the person being mentored.

Implications for the construction industry and beyond

This is a milestone to be celebrated by all in the industry; it is a rubicon moment that has been successfully crossed by Fourie and the Raubex board …

The Safcec Transformation Declaration, aimed at encouraging member companies to, inter alia, ensure inclusive industry participation by all, with special emphasis on designated groups, was adopted by the Safcec Council on June 26, 2019, at the time when we had the first female president, Isabella Makuta … And three years later we now have one bold JSE-listed construction company with its own transformation agenda appointing a black female CEO.

This also impacts positively upon and adds impetus towards the achievement of the elusive employment equity in South Africa in terms of corporate upward mobility of black female executives, in particular, and blacks in general.

Lest we forget, the purpose of the Employment Equity Act (No 55 of 1998 as amended), is to achieve equity in the work place by means of:

According to a Business Unity SA (Busa) study in 2010, black corporate executives and directors were still lagging far behind as some of the major findings revealed that:

While there may be some positive gains since the comprehensive Busa study, the reality is that the top executive level positions are still tilted in favour of white South Africans, who, by the way, were reported by the World Bank Inequality Report of March 9, 2022, as being the constituent part of the 10% that owns 80% of the country’s wealth, making South Africa the most unequal society in the world.

In addition to the employment equity crisis of the low levels of blacks in corporate top executive level positions, is the grim picture of the high levels of women unemployment in South Africa as evidenced by the 2021 Q4 labour force figures. [They] show that black African women, in particular, are still the most vulnerable, with an unemployment rate of 42.4%, approximately 4.2% higher than the national average.

The historic appointment of Msiza … is a moment of great celebration that should precipitate an urgent and radical paradigm shift in order to achieve the objectives of employment equity in South Africa.

This article has been edited and cut.

Congratulations to Felicia. For many years, there have been broad, cultural biases against women and stereotypes die slowly. People have long believed that many women elect not to aspire to the highest ranks of the organisation and take themselves out of the running. Lots of research has shown that unconscious bias places a significant role in hiring and promotion decisions, which also contributes to the lower number of women in key positions.