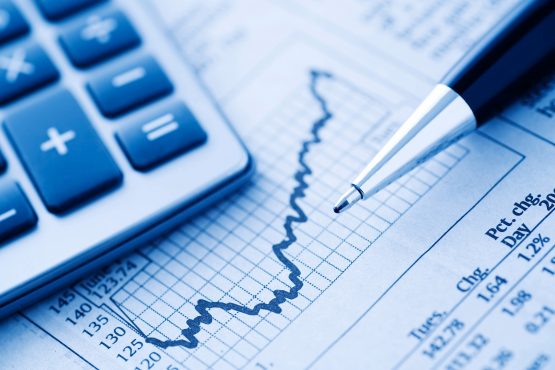 The biggest issue by far for markets is the looming start of an interest rate hiking cycle in the US. Image: Shutterstock

In the end, last year was very kind to local investors. Despite multiple Covid waves, a surge in global inflation and all manner of unpredictable local events, including unrest and destruction, all the major asset classes available to South African investors were positive with outstanding returns from local and global equity and property. Within global equity, the US was the clear winner, but emerging markets had a torrid year, dragged down by Chinese shares.

As a result, the traditional and much maligned South African balanced fund returned 20% according to the Asisa Multi-Asset High Equity category average (Source: Morningstar). There are now an incredible 206 funds in the category, and the spread of returns was wide, ranging from 40% to -2%.

As we ask what 2022 has in store for us, it is useful to remember that bad news and uncertainty do not automatically equate to bad returns. Sitting tight and exercising patience usually pays off.

That said, we shouldn’t expect 20%-plus returns every single year. It would be a mistake to now increase return expectations, and with it spending patterns.

But it is also true that years like 2021 contribute meaningfully to long-term wealth creation. Miss them, and you miss out permanently. In the meantime, there is much to ponder. The new year hasn’t completed its first full month yet, and already the spectre of geopolitical conflict has increased with energy superpower Russia menacing its smaller neighbour Ukraine. But the biggest issue by far for markets is the looming start of an interest rate hiking cycle in the US.

When the US central bank moves interest rates, it is like tectonic plates that shift underneath all global financial markets – bonds, equities, currencies, the whole lot. If all goes according to plan the shifts will be gradual and barely noticeable. If not, we should expect tremors. So far this year, it hasn’t been pretty.

With US unemployment almost back at the historically low pre-pandemic levels, and inflation running at 40-year highs, the Fed laid out plans in December to tighten policy at a faster pace.

It will end its quantitative easing programme by March this year and expects to hike interest rates three times in both 2022 and again in 2023. By end 2024 rates are expected to be 2.1%. That is historically low, close to zero in real terms, and by itself hardly any reason to worry. The question is not so much whether these modest increases will cause serious damage, but whether there is a large gap between reality and expectations that could close violently.

Since the Fed’s mid-December meeting, investors have increased expectations for rate hikes as inflationary pressures remain. Supply chain pressures are softening in some areas, but remain a feature in others.

In particular, China is sticking to its strict and disruptive zero Covid policies, responding to any outbreak with lockdowns and forced quarantines.

The recent jump in global energy prices will also put renewed upward pressure on inflation gauges in the near term, and means it will take longer for base effects to kick in and lower inflation prints.

The US labour market also remains very tight, and this is crucial for the Fed since it has historically seen wage increases as a source of inflation pressure. The latest numbers still point to a record level of job openings and record numbers of people quitting their jobs in search of something else (when jobs are plentiful, people typically have the confidence to quit, while in tough times workers stay with their employers no matter how unhappy they are).

The Fed has been trying hard to signal its intentions, and if all goes according to script, the tectonic plates will shift gradually and imperceptibly.

The risk is that the Fed is forced to hike at a faster pace because inflation remains stubbornly high even if the impact of the pandemic on global supply chains fades.

Money markets are now pricing in four hikes this year and the whole range of short-term interest rates have moved up sharply in response. Interestingly, longer-term bond yields have not moved nearly as much. In the past two months, two-year bond yields have increased 70 basis points to 1%, but the 10-year yield has only moved 20 basis points to 1.8%, while the 30-year bond has barely budged at 2.1%. It seems investors are still expecting the longer term to be characterised by low inflation and low rates even if the near-term story is all about high inflation and rising rates. Nonetheless, rising yields have put pressure on equity markets, or rather on parts of the equity market. Traditionally, higher interest rates hurt equities through both parts of the income statement: increasing the cost of borrowing, and by slowing sales as the economy cools. This impact takes time to materialise and the market often rises with rates initially. After all, it is usually a strong economy that gives rise to rate increases in the first place.

However, in the low-interest rate environment of the past decade or so, the impact has been more on valuations. In other words, how much investors are prepared to pay for each dollar worth of profit, rather than for how many dollars of profit are generated. The small increases in interest rates the Fed is planning are unlikely to dent economic growth and company profits much as they will still be low by historic standards.

But they do signal the end of free money, and will therefore push investors to put more realistic valuations on assets where too much blue-sky growth is priced in. Therefore, the corners of the market hardest hit were the most expensive. The technology-heavy Nasdaq index is down double digits since the start of the year, but it was trading at a steep 32 times forward earnings. The more speculative the investment, the harder the decline has been. Bitcoin is down 35% in January (inflation hedge it is not). The end of free money means investors (and speculators, a different category) need to think more carefully about the risks they take.

Meanwhile, other sectors and markets are not very sensitive to bond yields. Some, like financials, even benefit from rising yields. In terms of global equity sectors, energy, financials and materials are positive, while IT and communication services have suffered. In terms of regions, China and other emerging markets (including South Africa) are positive. The UK FTSE 100, home to large oil and mining companies, is also positive. The Eurostoxx index is mostly flat. For the first time in a long time, the US S&P500 is lagging the rest of the world.

Another way of slicing it is to divide the MSCI All Countries World Index into ‘growth’ and ‘value’ indices. The former is more sensitive to bond yields, and is down 10%. Value shares are only slightly lower.

There are other items on the radar too, notably China’s growth outlook and the implications of the current energy crunch. But for now, let’s ask the question: what sort of return can investors expect after a blockbuster year?

Future returns cannot be precisely forecast. The best though imperfect clue is the starting valuation of an investment. If you buy something cheaply, returns tend to be better. This approach won’t tell us what 2022 returns will look like, but works better over a horizon of five-plus years.

Starting with local equities, they are still attractively priced despite the recent run. The local economic growth outlook is not exciting, though it is better than in recent years (excluding 2021). But also remember that JSE-listed companies derive most of their revenues abroad, and therefore the local market is not nearly as exposed to the local economy as is commonly assumed.

There is some risk to the local bond market if global bonds continue to rise, but the risk is minimised by the wide margin of safety. SA 10-year bonds trade at a yield of 9.3% compared to only 1.8% in the US (amid much fanfare, the German equivalent hit a yield of 0% last week after three years in negative territory). Investors can count on a high level of interest income that is likely to more than offset any adverse price movements.

The local property outlook is cloudier. Yields are high, but fundamentals are still challenged by oversupply in retail and office. However, it is a small asset class and does not form the bedrock of any diversified portfolio.

That role increasingly falls on global equities, which is perhaps the biggest headscratcher. In aggregate, global equities are expensive relative to history, but this is largely due to the US, and within the US, largely due to the megacap technology shares. There is a wide gap between US and non-US equity valuations, with the latter now back to pre-pandemic levels – as measured by the forward price-earnings (PE) ratio.

In other words, you write off a massive asset class like global equities just because the headline PE multiple is high. Especially not while profit growth is expected to remain robust. The one asset class that is extremely unattractive to South African investors is investment grade global bonds, where interest rate increases risk inflicting large capital losses. And even after yields have risen, a typical 3% monthly move in the rand can wipe out a year’s return. We are fortunate to have very high yields available to us (though the reasons why are not something to celebrate).

However, globally fixed income is too big an asset class to ignore. You can’t run a balanced fund in the US, UK or Germany and not have some exposure to bonds. This is one of the reasons why there is a natural ceiling to how high bond yields can rise. At some not-terribly-high point, yields will become attractive to large swathes of investors.

After last year’s fantastic returns, global markets are off to a rocky start with both bonds and equities selling off as investors attempt to price interest rate increases in the US and elsewhere. These kinds of wobbles are normal and not a cause for panic. 2022 might still deliver a number of surprises – there is still a global pandemic raging after all – but with a positive global growth outlook, equity markets should recover. However, investments that were premised on free money and rampant risk appetite will probably face a tougher road ahead. In any event, shorter-term market moves are completely unpredictable.

On a longer-term horizon, five or so years, the return outlook from an appropriately diversified portfolio still looks good.