Can political criticism cause ‘wrongfulness’?

Applicant loses her defamation suit against the DA, its Free State leader and the media with costs.
Barbara Curson 19 Aug 2019  00:20 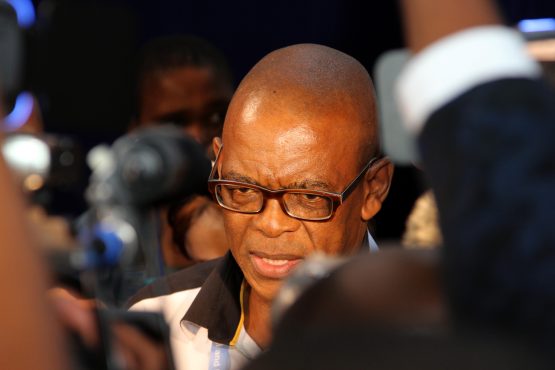 Court says the DA did not claim to have ‘incontrovertible evidence’ of a corrupt relationship between Magashule (pictured) and the accommodation provider. Image: Moneyweb

Allegations of corruption in the awarding of lease agreements for government accommodation found their way to court in June, with the judgment delivered this month.

Mayula Procurement and Property, together with its sole director Hantsi Matseke, launched a defamation claim against Patricia Kopane, leader of the Democratic Alliance (DA) in the Free State, as well as the DA itself and various media outlets.

The defamation claim concerned a statement made by Kopane at a media briefing in April 2019, the subsequent press release, and the publication thereof by certain media outlets.

The judgment, in describing the four-page press release, states: “To summarise, the existence of a corrupt relationship between Mr Ace Magashule, secretary-general of the ANC, and the two applicants is suggested in the statement.”

Mayula and Matseke claimed that Kopane and the media outlets had defamed her and Mavula “as part of a smear campaign”, and submitted that they had a clear right not to be defamed by statements that are false.

The respondents, in opposing papers, pointed out that Matseke is not only a “business woman but that she is a public figure who holds public office as the chairperson of the FDC, which is a public owned creature of statute”.

The court said that Kopane and the DA did not claim to have “incontrovertible evidence about the alleged lease manipulation” in the media briefing and press statement. They only had “information pointing to such manipulation”, and suggested that this information be investigated by the Zondo Commission of Inquiry into Allegations of State Capture, which would come to conclusive findings.

In brief, Kopane and the DA submitted that the statement is substantially true, constitutes fair comment, and is in the public interest. The statement falls within the realm of robust political speech, “coupled with a [hint] of electioneering”, reads the judgment.

The court stated that whenever a final interdict is sought, the applicant must establish a clear right, that a clear injury has been suffered (or reasonably apprehended), and that there is no other suitable form of relief.

Onus is on the defendant

If a person has been defamed, the onus is on the defendant to allege or prove that there has been no wrongfulness, such as that related to truth and the public interest.

The court said it was clear that Kopane and the DA did not have final proof, and that the commission would ultimately make a finding.

The court said that it must strike a balance between the constitutional values of the protection of freedom of expression on the one hand, and the value of human dignity on the other.

The court referred to the case of Khumalo and Others v Holomisa in which it was held that if a publisher cannot establish the truth, or it is too expensive or difficult to do so, it “may show that in all the circumstances the publication was reasonable”.

The publication and republication of said statements took place during a time of national election preparation, when there was an emphasis on the need to root out corruption and questionable transactions. The applicants could not have expected to be spared the attention of critics and opponents.

The court also referred to the case of Mthembi-Mahanyele v Mail and Guardian Ltd and Another, in which the court found that an article was not unlawful as it was justifiable in all the circumstances, and was not negligent.

Did the statement and publication cause wrongfulness?

Did the applicants suffer financially?

The defamation action was dismissed with costs.

Jirre, these ANC cadres are incapable of telling right from wrong.

Does a word like wrongfulness exist? Sounds horrible to me and I am a second language English speaker.

Not only is it a word but it is a great scrabble word.