Coega aims to become the champion of socio-economic development 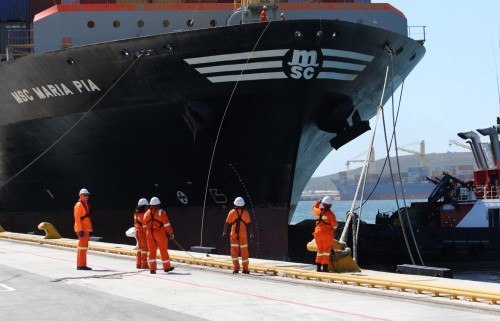 Government has already poured R5.5bn into Coega, and recent funding difficulties have seen it incur tax and creditor interest and penalties. Image: Moneyweb

Coega Development Corporation (CDC) was established in 1999 as an industrial development zone (IDZ). In 2017 it became a special economic zone (SEZ). SEZs are intended to target specific economic activities. Various incentives are available to attract foreign direct investment (FDI) and to ensure international competitiveness, such as a preferential 15% corporate tax rate, a building allowance, and the advantages of being in a customs-controlled area.

To date, CDC has attracted 45 operational tenants (25 local and 20 international) with a combined investment value of R9.53 billion; 15 831 jobs have been created and 7 406 people have received training.

Unfortunately, this is somewhat marred by Coega not having published its 2018 annual report.

The 2018 comparative figures have been restated in the 2019 financial statements.

No reasons were proffered for the errors made in the 2018 financial statements (nor the absence of the 2018 integrated report from the Coega website) – it appears that the statement of the financial position and the statement of profit and loss were completely restated.

The key findings highlighted in the external audit report note that: key financial ratios have deteriorated, the 2018 comparative figures have been restated, the company operated without receiving the full amount of requisite funding for operational expenditure, and effective steps were not taken to prevent fruitless and wasteful expenditure of R3.5 million.

It is to be noted that funding difficulties led to Coega having to incur interest and penalties to the South African Revenue Service (Sars) and creditors.

The CDC has secured 18 new investors with a pledged investment value of R2.06 billion.

However, 82% of this new investment is from domestic entities.

The new investments include a cold storage warehouse for packing export fruits, an abalone farm, processing facilities for artichokes and other crops, and a freshwater aquaculture system. Another business provides goods and services, and others provide packaging.

This does lead one to question whether these are ‘new’ investments or whether these companies are relocating to take advantage of the tax incentives.

Some years ago, Coega ceded and assigned its rights in the following lease agreements:

I only have one question – why?

Coega’s vision versus cost to government

Coega’s vision is to become the “leading catalyst for the championing of socio-economic development”.

But at what cost to the government? Over the last 12 years government has poured R5.5 billion into Coega, which has been allocated between revenue and construction costs.

Unknown costs include the revenue foregone by the fiscus in offering special tax rates. This of course should be adequately compensated for by the additional tax revenue received by companies in the SEZs. But then, that would be in an ideal world.

At least National Treasury has now realised that the generous tax breaks granted to SEZs may entice domestic companies to relocate (without generating additional revenue nor increasing employment).

Perhaps Treasury should look to streamlining the government’s financial commitments in keeping state-owned entities afloat, including the lucrative tax holidays gifted to SEZs, before it tries to raise further taxes from the public in the 2020 budget.

On the gas to power project.
It is mired in the IRP process. So cant go ahead until the RSA power plan is approved.

No EIA has been started yet so add at least 2 more years.

On the refinery- do we really need a new one if we change to LNG and Electric vehicles…..

It is time for a new local economic development strategy that utilizes the tools of the 4th industrial revolution. This model is outdated.

Have a look at the new model at:

“We can expect a state-of-the-art factory, and 100% worker productivity.”
Good luck with that BAIC.