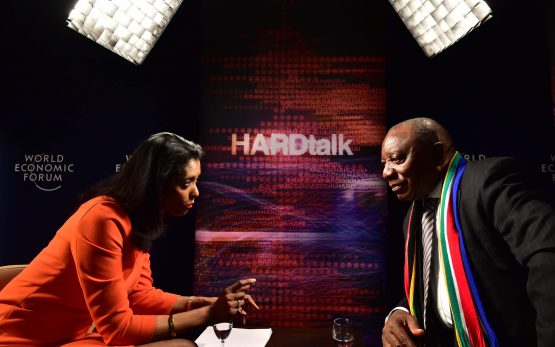 It seems he achieved more in these 40 days than even the staunch ANC supporters expected. Now, with the political landscape having changed so much, some are optimistic that more aggressive change is on the horizon, starting with the imminent removal of Jacob Zuma as president.

In 40 days Ramaphosa has sparked a Damascus moment among law enforcement agencies, and the judicial inquiry into state capture is about to start. He triggered the appointment of an impressive Eskom board, and has carefully guided the debate within the ANC on how to purge it of Zuma.

His activity stands in stark contrast to the five years he served as deputy president of the ANC and the three and a half years as deputy president of the country. His leadership was underwhelming, to put it mildly. During this period he kept a very low public profile. He did not stand up in public the way Pravin Gordhan, Nhlanhla Nene, Mcebisi Jonas and Derek Hanekom did recently.

Many Ramaphosa confidants claim he did much behind the scenes to secure his election as the new ANC president, but the extent thereof will probably only emerge in the inevitable books that will hit the shelves at some point.

Within this context, and you’d probably agree, Ramaphosa came out of the starting blocks in a spectacular way. He clearly has the reins.

As a result there is a newfound sense of optimism in the air.

This is reflected in the strengthening of the exchange rate, (though Donald Trump may have had a bigger impact) and stronger inflows of foreign investments into the equity market.

Ramaphosa is respected by the business sector. People who worked closely with him in the past are confident that his strategic thinking and tactical negotiation skills will bring all parties in our economy closer, and that this will provide a desperately-needed spark to fire up economic growth.

The only way to achieve this is to convince the private sector (both local and international) that there is a new, honest sheriff in town and that things will work differently in the future. He needs to repair the so-called trust deficit.

It seems as if he has already started this process. Thanks to his statesman-like presence in Davos, South Africa is back on the front pages of the international media – this time for the right reasons.

The key question remains whether Ramaphosa can actually get rid of Zuma and his cronies; the sooner the better. The expectation is that he will do, but Houdini Zuma has survived every single challenge he has faced (except getting his candidate elected president of the ANC).

But South Africans should not expect significant short-term change even if Zuma is recalled. We may see an improvement in business, investor and consumer confidence, but it will take more than a new ANC president to ease our growth trajectory in the right direction.

Ramaphosa cannot fix the ANC in a few weeks.

What he has however, is the wind at his back; there is no doubt that the quest to rid South Africa of corruption has momentum.

If Zuma is recalled before the 2019 general election, Ramaphosa will have an immense opportunity to stamp his authority on anti-corruption efforts. He will be able to reshuffle cabinet and if this is done brutally it will send an even louder message to the world that he is committed to reform.

But there will have to be carnage. All the Zuma lieutenants must go and be replaced by individuals with the stature of Nhlanhla Nene, Mcebisi Jonas, Pravin Gordhan and Derek Hanekom. These types of people need to be “deployed” to key portfolios such as National Treasury, Public Enterprises, Mineral Resources, Social Development, Communication, Energy and State Security.

Imagine the positive sentiment if Nene is reappointed as Minister of Finance, and Gordhan is handed the reins at Public Enterprises.

Admittedly, Ramaphosa started from the lowest possible base, but he achieved more in his first 40 days than many would have anticipated.

If he can maintain this momentum, South Africa’s post-Zuma recovery will be quicker than many people may think.

Nene, Gordhan and Hanekom have had their day. We can do better than that lot. They are not remotely free of responsibility for their part in the Zuma-era decline in our fortunes, being, you know, in charge at the time.

Their early and loud bleating helped them avoid being the ones left holding the bag – and it worked. Let’s have the imagination and good sense not to give it back to them now.

Just a correction- Cyril won the DP position of the ANC 5 years ago not 10 and has been DP of the country for just over 3.5 years. He used this time to get to where he is now. Not saying a lot of bad things happened under his watch. We all should rightfully hold him accountable for not doing more to halt the rot within the ANC and the country and maintain a healthy amount of skepticism about him as a result; but if he didn’t do what he did, we may have had the same history behind us and perhaps a much bleaker NDZ lead future.

You are 100% correct. I have amended the article accordingly.