A million dollars won’t get you very far outside SA 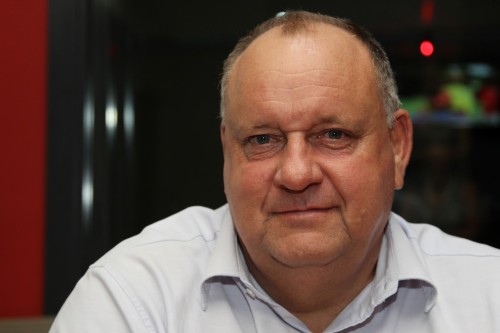 The issue of emigration has, for as far as I can remember, always been a very emotional one in South Africa.

For the first 20-odd years of as my life as an adult, roughly from 1974 to 1994, it was all about getting away from the evils of apartheid. After 1994, the reasons for emigration changed to getting body and assets out of South Africa before the impending collapse of the modern state, like all other colonies in Africa before it.

I have often joked, half cynically, half seriously, that our greatest export product over the last 20 years has been taxpayers, not gold, platinum and the other stuff we dig out of the ground.

It is estimated that over the last two decades more than 600 000 South Africans -mostly white but also a smattering of  so-called coloureds, Indians and blacks – have left South Africa in search of a better life for themselves and their children. They are now paying taxes and creating jobs and business enterprises in other parts of the world, from which we don’t benefit.

Soon-Shiong, born in PE and educated at Wits University, is worth $12.2 billion and is the world’s richest doctor, according to Forbes.

I know of many top executives and ordinary people who have done the ‘Packed for Perth/London/Sydney/Vancouver/London/New York’-trip and come back, kissing the tarmac at OR Tambo.

Others, on the other hand, swear it was the best thing they could have done for their children and grandchildren.

As I said, it’s a very emotional issue loaded with all kinds of undertones, some very nasty and racist. On both sides.

The release last week by New World Wealth (NWW) of a global report on emigration, showed that 8 000 high net worth individuals (HNWIs) emigrated from SA since 2000, mostly to the United Kingdom, Australia, Mauritius, the USA and also more recently Cyprus, Malta and Portugal. Out of an estimated 20 000 HNWIs in 2000 (defined as having more than $1 million in assets, excluding their personal residence), this equates to about 40% of all South African dollar millionaires in the year 2000.

As a percentage of millionaires, this is one of the highest in the world, only Egypt reporting a higher percentage emigration of USD millionaires. And that country suffered widespread civil unrest and the overthrow of a dictator over that period of  time.

History of the world

But we forget that the history of the world is a history of emigration. Australia, New Zealand, South and North America, all were the result of people upping life and limb and moving to another country, sometimes halfway across the world.

South Africa is no exception.

People leave for all kinds of reasons. Some leave the home of their birth because they have experienced the worst brutalities known to man: rape, robbery and senseless murder.

I have, on many occasions, have had these discussions with departing clients: when a gun is put against someone’s head while your wife is being raped in front of your children, you don’t emigrate, you flee. If you have the money and skills to do so.

Others leave for new adventures, new challenges. We live in a globally mobile world and most large cities are made up of expatriates from other parts of the world.

The birth of the internet has made it so much easier to live in other countries and run a global business.

The idea that everyone lives and dies in their city of birth is hugely outdated.

Many countries have what is called their diaspora….when  huge swathes of the population move away in search of a better life. There are more Irish people living in the US and other countries all over the world than people living in Ireland itself. Ditto the Greeks, the Jews, the Portuguese and even the Spanish, who are scattered all around the globe, including South Africa.

So why are people emigrating from SA?

According to NWW the reasons are security, crime, collapsing infrastructure, low economic growth and ANC policies. Some also indicated that they were returning ‘home’, mostly to the United Kingdom, Portugal and Greece, from which a large number of former immigrants came many years ago and had second-passports or could obtain one.

There is also a fear driving emigration that the rand could decline even further over time, making emigration more difficult and more expensive.

As it is, the sharp decline of more than 80% in the rand against the US dollar over the past four years, has made emigration even more difficult, if not impossible for anyone but the very wealthy. Even one million US dollars won’t get you very far today. Australia now requires an investment of 5 million AUD (about R45 million); very few South Africans can afford that kind of money.

Mauritius, another new favourite for South Africans not wanting to move too far away, requires an investment of $500 000 but most properties on the island in terms of the IRS and RES schemes cost closer to one million dollars in order to obtain residency and eventually citizenship. And then you still need money to live.…

There are other countries offering cheaper options for citizenship, including Cyprus, Malta, Saint Kitts and Nevis (both Caribbean islands), but the uptake has been slow due to high cost and other reasons. The bottom line is that most people in South African cannot afford to emigrate and are destined to live out their years in this country.

Would I ever consider leaving South Africa?

That is a question I often get in polite circles.

My standard answer is always the same:  As a fourth generation South African there is nowhere else for me to go, perhaps only Mauritius as a second home, due to its proximity, weather and crime-free environment. Added to that is the fact that it’s only a four-hour flight.

Do I see myself living in Australia, United Kingdom or even the United States? Absolutely not.

But will I invest all my money in one country? You know the answer to that question.

*Magnus Heystek is investment strategist at Brenthurst Wealth. He can be reached at magnus@brenthurstwealth.co.za for ideas and suggestions.

ja well no fine – as they used to say! when I posted similar remarks on immigration agents facebook page in aus (need one million dollars at least) – I was banished, branded and blocked! clearly everyone is looking after their own interests. on the assumption that the wealthy have looked after their own interests a long time ago and the poor have no money but barely survive – we are left again with the middle classes who aren’t quite rich enough to move – but have a very comfortable life in sa (esp with domestic servants). so it is to those that magnus is pitching his remarks. well if you are over 40 – forget it. if you can somehow get a permanent visa to Canada, aus or NZ – just go – but we are talking a handful of people (aus allowed 2500 families into aus last year. if you have a uk, euro passport somewhere – hold onto it – you may just need it sometime in the future. we left sa in ’86 just when the aus $ was down and got one to one for sa rands and more importantly were able to get into Sydney property market at the exact same price I had sold my house in tokai. those days are long gone. all I say is beware the carpetbaggers, the smooth immigration agents who promise you everything, take your money and forget about you

South Africans who up and move on do so on the quiet and its because they are made to feel they owe the country.
If they have paid honestly for their existence, then they owe nothing to South Africa and have the right to go where they please and one should see them not as fools but wise in-light of how the ANC is governing.

As an alternative to “buying” citizenship in Australia for R 45 million ,I would live in areas with less crime ( Karoo, Khalahari), and invest my capital in USD or pounds. You don’t even need R45 million to do that.

@ Beeshaas – Spot on! For most of us this is the only way to go!

I’m posting this on behalf of a reader:

My name is Mohammed, I’ve read your above mentioned article as well as Death of Rainbow Nations and would like to share with you the following notes which might be helpful:

– As an Iraqi person lives in Saudi Arabia suffers from the deep shit situation of the middle east, I’ve found (as a foreigner) South Africa a very very beautiful and attractive country.
– I have 3 properties at Cape Town which I can not buy here in Saudi or at my home (Iraq) due to regulations, very high prices and the most important thing is the security stability. South Africa was an easier choice.

The above two points means South Africa had all the factors to be the destination of medium to high wealth persons which indeed what happened to me starting to increase my portfolio asset especially currently the weak Rand is attractive to us as foreigners. Security situation of South Africa is a heaven compared to ongoing war of middle east countries. The corruption at your country is small compared in ours.

To me South Africa is reachable easier than European countries whom asking XX$ amount. At the end it is a matter of choices, we look to countries like South Africa to live and those countries people are looking for Europe, America, Australia,….etc. and the latest are not happy in their countries and looking for better life !!!!!!!

“Do I see myself living in Australia, United Kingdom or even the United States? Absolutely not.

But will I invest all my money in one country? You know the answer to that question.”

No prizes for guessing the answer to that, by the way.

With all due respect, Magnus, you really need to consider broadening your topics base, because, yet again, this is more of the same from you.

Many countries benefitted from democracy long before south arica and such a change will always bring about changes to people’s life styles bothe politically and socially and as a results advantages and disadvantages will olways be there. so for people with more financial muscle will olways capitalise on olready developed states.Now we have those people like myself who can’t see him self migrating anywhere out of South Africa and not for any reason but simply because of the love and the filling i have for this country. As for governmant we need to keep on changing untill the formuler is right then those who left or new once will join us by paying more