An astrologer’s guide to stock-picking

It’s up there with the Magic Faraway Tree. Financial astrologers believe we are in for a torrid time this October. Picture: Shutterstock

It has been a very intense month on planet Earth, what with force five hurricanes battering the Gulf of Florida, the Caribbean and Puerto Rico; a powerful earthquake in Mexico and the sabre-rattling of two mad men on opposite sides of the earth.

For astrologers this makes perfect sense because Saturn and Rahu (one of the nine planets in Vedic astrology) are passing each other and this apparently leads to complex problems and potentially world disasters.

Financial astrologers, who use the movements of planets to predict market movements, believe we are in for a torrid time this October. Indeed astrologist Barry Rosen says that October will be ‘stormy’ in financial markets, while Mahendra Sharma who claims to have predicted the Nasdaq technology crash between 1999 and 2002 among other things, goes a step further: “In October you have to hold sell or short positions in market because before October 30 market will crash and the fall will be huge without any bad news. It will be biggest shock to investors and even to hedge funds, big traders and the FED,” he told investors in one of his weekly newsletters.

Really? I would have dismissed it as pseudoscience if a good stockbroker friend hadn’t mentioned that he has short positions on a lot of his stocks at the moment, and part of the motivation for that is the predictions of astrologers like Sharma.

I understand that neither fundamental nor technical analysis can help one time the market, but can astrology really predict the movement of the markets? Skeptics would answer that the only thing astrology can predict is a person’s gullibility. Fundamental investor Warren Buffet reportedly snorted “the only real function of financial astrologers is to make fortune tellers look good.”

But could there be something in this? After all the belief that the relative positions, or “aspects”, of astral bodies have impact on Earthly lives has existed for thousands of years. Ancient civilisations in China, Egypt, Babylonia, Greece and Rome all used the stars and planets for the purpose of divination.

US-based Raymond Merriman, founder of the Merriman Market Analyst, believes that it is possible to use complex planetary charts to decipher where an economy, or investment, is heading.

Like fundamental or technical analysis, one can approach the subject from the top – a big picture look at the whole economy, or from the bottom, which examines an individual company.

To do that kind of research, analysts need the company or country’s birth date in order to see where the planets were traveling through the solar system, and through which constellations, at the time.

Financial astrologer and share trader Marlene Pfeifle is adamant that astrology is a precise market timing tool. However she adds that it cannot sensibly be used as a stand-alone strategy for financial investing.  For example, it cannot be used to identify market trends like technical analysis, nor can it be used as a key to determine whether a particular stock has a sound and solid economic basis like fundamental analysis.

Success in the financial market begins first with the understanding and use of the principles of what has been considered traditional types of market analysis, she says, and then applying geocosmic principles as a final step in one’s investment strategy.

It seems there may be a grain of truth in all of this. After all, while the very complexity of the movements in the heavens makes it likely that patterns will be detected where there are none, the same could be true for those who study stocks. The financial markets have so many variables, how do you predict what’s going to happen tomorrow, let alone in a year’s time?

* In our cover story, Cheap at the price, we look not the stars, but at whether a combination of low PE and high dividend yield is enough to identify a value buying opportunity. 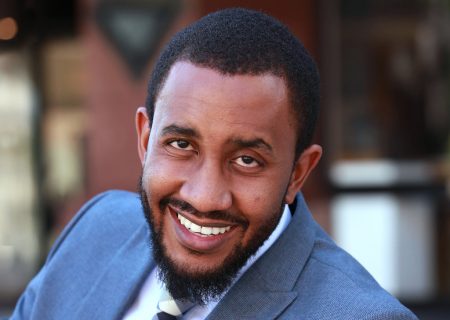