Outdated statistics ought to be an indictment on the sector.
By Hilton Tarrant 23 May 2017  00:10 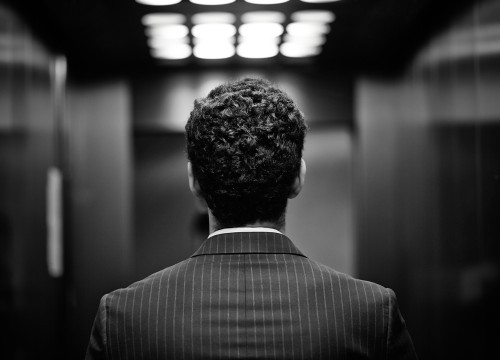 These statistics, presented by Asisa chair Thabo Dloti, are based on the draft 2015 Financial Sector Charter Council report. That this is still not published and that these (at least) 18-month-old statistics were presented to parliament is an indictment on the sector. Asisa’s submission states the rather obvious fact that “some members will have performed better and some worse than the industry scores”. It is also not yet clear which institutions provided data to the council for this report. In 2013, only eight out of 75 asset management companies, which were members of the council, provided data.

On employment equity measures, i.e. the number of black managers in junior, middle and senior ranks, the asset management industry trails all the retail banks but one (Capitec) (see Where banks fail (and win) on transformation). But, Capitec outperforms the investment management industry on the junior management score. Where asset managers do outperform banks is on the amount of black executive directors and top management. Here, only Nedbank fares better (at 54%), versus the industry average for money managers of 39%. Obviously the size difference of the two sectors makes them impossible to compare directly (Coronation, for example, has 286 permanent staff in South Africa, versus the 13 000 at Capitec and ±30 000-40 000 at the four other banks).

Coronation, the largest asset manager in the country, has done far better than most peers when it comes to transformation. In its annual results presentation in November last year, chief executive Anton Pillay made the point that the business had “achieved meaningful and sustainable transformation”. Three of its four exco members are black, and “more than half its total staff complement in South Africa are black, of which more than 60% are female”.

Coronation also says that its “SA-focused investment team has transformed materially over the past decade”. As at the end of September 2016, 43% of senior portfolio managers in the team were black, while three out of four leadership roles were filled by black investment professionals (head of Fixed Income, head of SA Equity, head of SA Equity Research).

In its 2016 annual report, Coronation says that “transformation is a business imperative which makes practical business sense, the benefits of which extend to clients, partners, shareholders, employees and the South African economy”.

Old Mutual Investment Group’s representation of black employees in management (as at June 2016) was: 36% senior managers, 66% middle managers and 77% junior managers. This is also significantly above the industry average as reported by Asisa.

The 2015 review on transformation of the financial sector in South Africa will make for interesting reading when it is finally published. One hopes, however, that a far broader list of asset managers provided data to the council this time round. One could hardly assume that Allan Gray, Cadiz, Coronation, Investec Asset Management, Maitland Group, Prudential, TriAlpha and Vunani (those who provided data for the 2013 report) are representative of the entire market.

Perhaps Asisa itself could draw on the work already being done by its Transformation, Skills Development and Education Board Committee and produce authoritative research on the industry? After all, it represents a sector that manages nearly R10 trillion in unit trust savings, retirement savings and life offices.

*This is not intended to be an exhaustive list, rather the ten largest unit trust managers by assets under management, as well as those listed.

*Hilton Tarrant works at immedia. He can still be contacted at hilton@moneyweb.co.za.

Thabo Dloti looks quite different, even with his back to the camera.

Pretty sad that we need to record racial and gender stats then point at that industry for not magically finding the right colour candidates.

I personally think that active racism against anyone should be reported, efforts should be made to uplift and educate the poor to bring them into the economy and those two will organically diversify the work place in the right direct.

Instead of doing this 20 years ago, the government decided to not educate or uplift the poor in any meaningful way. Now they want to force people into positions who can’t do the job, I don’t believe that in this day and age, if a black woman candidate who is amazing at her job will struggle to get a job anywhere, that bias already exists. Absa reported that something like 80% of all new hires and promotions are black. I just don’t understand what the process will be here, is it to hunt down anyone who doesn’t meet the stats level is going to incur fines regardless of anything other relevant information?

You look at this along with the BEE guidelines and the way the ANC stifles business and it is a small miracle that we are not in a heavy socialist style recession. It seems like some will not be happy with any improvement until that happens.

This fixation with transformation is bewildering / amusing.

Asset Managers are highly qualified people. These cannot be mere appointments – as we have in National / Provincial and Local Government.

Why don’t we talk about transformation within the Medical Profession?

No problem – just appoint a few doctors and specialists and surgeons.

I work in the industry. Reality is that nearly all recruitment is limited to EE, but the candidates – except at junior levels are not available. More senior roles typically require CA/CFA – ideally both. There are not many black candidates with these qualifications, if you exclude Zimbabweans.

The question I would like to ask is where are the black asset managers targeting the savings pool of the black middle class? Or is it similar to the legal and medical professions where black people view white doctors and lawyers as superior?

Maybe it is time to stop expecting existing white businesses to “transform” (what an idiotic phrase) and for black people to build sustainable businesses that do not only rely on the crumbs falling of the PIC’s table?

A lot of fuss about something that is soon going to be irrelevant. In two years time the only active managers left standing will be those beating an acceptable and appropriate index / benchmark – the rest will be replaced by ETF’s that do not have a racial profile

That means 60% + of the current active managers will be selling sandals at the Saturday morning flea market. Out of this will emerge the genuinely talented active managers and it is going to be difficult to racially profile them as well!

this drive for BBEEE is having a massive detrimental effect on the caliber of frontline staff at the big 4 banks- they are in such a hurry to be compliant the screening and training factor seems to have been left behind
Every time i need something done at my retail banker i brace myself for an ordeal.
I tried the ”STEVE” bank and that proved to be even worse.
Investec is streets ahead of these guys- they are a pleasure to deal with.