Layers of choice behind its ‘three simple accounts’ means there are actually 12 different pricing options.
By Hilton Tarrant 13 Aug 2019  00:23 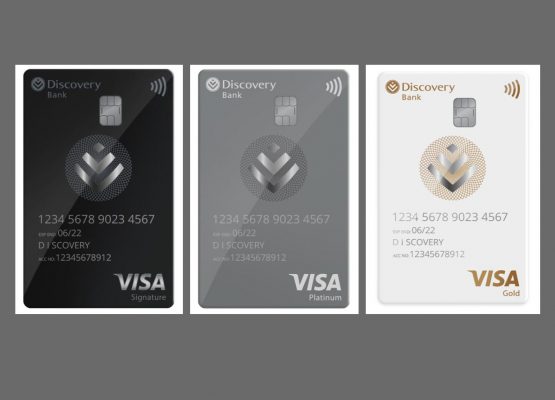 With customers crying out for simplicity, one has to wonder who Discovery Bank has been listening to. Image: Supplied

Discovery Bank’s monthly account fees compare fairly favourably with those of its rivals, especially when one looks at the prices of its bundled offerings.

However, a separate Vitality Money premium is levied on the accounts which means their effective costs per month are higher. Whether Discovery separately charges for Vitality Money because of legal or compliance reasons is unknown.

The entire proposition of Discovery Bank is premised on Vitality Money, which rewards clients for ‘banking healthier’ with dynamic interest rates on both savings and credit, as well as boosted Vitality discounts and cashback.

Vitality Money behaviour will effectively ‘boost’ a customer’s core Vitality rewards discounts. For example, the up to 35% discount on local flights on partner airlines can be boosted to as much as 60%. On savings, rates of up to 6.5% per annum on so-called lazy balances and 7.5% per annum for demand savings can be achieved. On borrowings, up to prime less 1% can be achieved, depending on behaviour.

Without Vitality Money, much of the proposition disappears and any of the three accounts arguably becomes just another bank account.

A more accurate comparison would be to use the total price paid per month; the account fee plus the Vitality Money premium. For Gold, this means the effective (bundled) monthly price is R125, for Platinum it’s R180 and for Black it is R380.

** Once bundled limits are reached for cash withdrawals at local ATMs on the Platinum and Gold accounts, a fee of R4.50 plus 1.5% of the amount withdrawn is charged.

At first glance, transaction fees are simpler than those seen at many other banks. Much of this is due to the fact that Discovery Bank does not have a physical footprint, either through branches or ATMs.

Discovery Bank has not yet disclosed a fee for cash deposits, and it is uncertain how this will even be possible given the absence of a physical footprint. It could, like Investec, reach an agreement with one of its rivals to use their ATM infrastructure for deposits.

The banking suite products (effectively the bundled accounts) are, however, not the only ones on offer. Customers can have just a transactional account, where they pay either a flat monthly fee (which would include bundled transactions) or per transaction. Per transaction pricing is not dissimilar to rates on offer at other banks.

Customers can also choose to just have a credit card. This means the over 300 000 existing Discovery cardholders don’t necessarily need to move all their banking to Discovery. It also means that the bank’s pricing options are not quite as simple as they seem. Far from a proposition which seemed to offer just three different accounts, there are actually 12 different pricing options for the accounts and cards on offer.

There are no major differences between the transactional accounts, save for the number of free cash withdrawals at ATMs locally as well as the charges on Platinum and Gold accounts for real-time payments and international cash withdrawals. Black and Platinum accounts get automatic warranty extension of up to 24 months, as well as short-term protection against theft and accidental damage of purchases made with the debit card.

The real differences are in the credit cards (and therefore the ‘full banking suite options’), where the dynamic discounts vary between the three.

* Six free visits each year (for the cardholder and a guest) to more than 1 000 airport lounges globally also included.

** Special offer until September 30, after which the max will drop to 50%.

The overly complicated fee structure, however, shows that the bank’s product designers (and actuaries?) have been suckered into trying to cater to every possible type of customer across its base. But customers are crying out for simplicity.

Taken as a whole, its pricing is nearly every bit as complex as core account options at its more established rivals. If it needed to try and appease its existing credit card base, it could’ve simply offered three credit card-only options and the three full suite options (comprising the credit card and transactional account). How large would the market realistically be for only a Discovery Bank transactional account?

Perhaps it will get to a simplified offering over time. Judging from most of its competitors, however, that’s highly unlikely.

So who qualifies for what card?

Do pensioners get the ”peanut gallery” option etc?

I think you can make that assumption. I have it in writing from Discovery Card that ‘investment income is irrelevant for credit assessment’, so why would, say, income from a living annuity be any different ?

Does BP give up 15% on fuel, or does Discovery?

Hopefully some very auditors somewhere have their heads around revenue recognition, costs and contingent liabilities and reserves and provisions before they sign off. Constantia Health & Racquet (for older readers) turned out to be just a Racket

We waited the whole year for this?

Discovery are finally tripping over their shoelaces…

More smoke and mirrors from the master illusionists.

Hilton has me confused already..in the text ‘discount on local flights on partner airlines can be boosted to as much as 75%’, while in the table this is ‘up to 60% local and up to 50% international’. The operative words being ‘up to’, this won’t just be a bank incentive but involve cross links with other products, and subject to various limitations.

It’s really on all those detailed Ts&Cs that the value of an account will be judged, rather than the basic charges.

Discovery banks on complexity as it’s business model (see what I did there?)

Thanks for the article Hilton. Been with Discovery Card since its inception. I use this card considerably…to purchase practically everything. Most disappointed with this new complicated offering. We waited so long for this product offering, which leaves a lot to be desired for (and the usual smoke and mirrors). There are a number of hidden costs. Like you pointed out, the additional cost for vitality money and also the additional cost for secondary cards, which is not clear to customers. One would have thought that a new online bank would have kept the bank fees low…much lower. However, not Discovery though. Always complex and giving you less benefits than one had before, consistently year on year. I have always been a huge supporter and fan, however I am seriously considering not taking up the new offering.

If you are an existing Vitality member, you already get flight discounts and 50% off fuel on Vitality drive – so how does having the bank account help? So confused. I thought Discovery bank and Vitality would go hand in glove. More like foot and mouth.

Aye, as with “Medical Aids” and insurance, Discovery have twigged that in essentially unregulated SA, a confused mumbo jumbo of “offers” essentially matching other banks can, like the other banks, make a great deal of money.

Could not wait to migrate from Discovery Card to Discovery Black Card – reason : the carrot dangling of 75% off local flights!

However beware – only noted small print on app this weekend under dropdown How may flights can I book per year:

As you only entitled to the extra discount on ONE return flight, one wonders why would you pay all these monthly fees – it would by far exceed the discount!

Pity in all the advertising of up to 75% discount on flights by Discovery, they omit to say the discount is limited to ONE return ticket….

Having now experienced it for a month, pricing is definitely not comparable to its rival and cannot be compared as there’s a huge lack of service, support and features on Discovery Bank. Let’s be realistic they are not ready / up to the standard to operate yet as a bank and should just solve basic issues. Right now I’m fully refocusing back on my other legacy banking facilities and prefer to forget “healthier” banking given the stress caused. I find Discovery Bank terribly unhealthy as I write this.
1) customer service: phone only, long waiting time and staff is not competent address banking.
2) Forex SWIFT transfers: Discovery Bank has a Swift address but no licence from SARB for forex inwards or outwards. It’s not advertised obviously…. It’s only after trying to transfer from overseas that my transfer was refused and my funds are still lost after 3 weeks with a pathetic communication held with their customer care and refusal to give me a proof of a return transfer.
3) Rewards:as mentioned buy other people, the 75% flight reward is a low hanging fruit which is only valid…. once… same for local flights.
4) the credit card management setting are a nightmare to handle and their thinking is all wrong with a crazy list of 18 limits to set for each card for daily/monthly use: local online / local contactless/ local instore purchase / location ATM withdrawal / local in-store withdrawal then international online / international contactless / international in store and international ATM withdrawal. From a practical perspective: your cards gets blocked … and you end-up deactivating all these features which defeats the purpose of the whole thing.
5) then last cosmetic comment… try to read the credit card number on the black card (dark laser engraved on black color…) & the find the difference between your credit card & motor card….

To conclude: don’t just compare & contemplate the fees, but the service / support and reliability and right now legacy banks are far ahead with great Digital Banking apps.
Discovery & Vitality unconditional lovers will love Discovery Bank obviously but it’s a spiral dive with an additional privacy infringement layer added to their portfolio