An inconvenient truth: SA’s consuming less electricity than ten years ago and the cost of renewables is falling fast.
/  25 October 2016 13:42
5 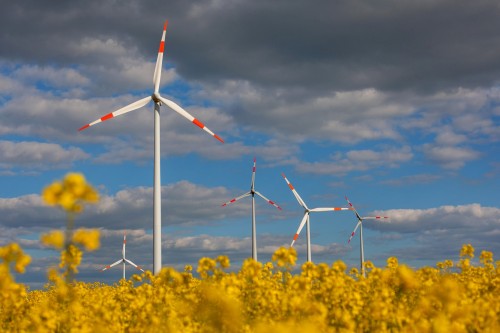 Eskom CEO Brian Molefe is not running the country’s largest utility, he is running a propaganda campaign.

That was the opinion of Chris Yelland from EE Publishers, who was speaking at the Life After Coal seminar held in Cape Town on Monday.

Yelland revealed that Eskom has, since May this year, neglected to publish information it used to routinely make available via its website – for years. This included basic information such as the utility’s weekly energy availability capacity and electricity demand. He has since reverted to the courts via Public Access to Information (PAIA) requests and other legal applications, in an attempt to get Eskom to publish the information.

But while the utility has been increasingly elusive in this regard, Molefe and other executives including Matshela Koko (group executive for generation) have been intensifying the propaganda campaign with a number of inaccurate and misleading public statements that make the public question their motives.

One of the narratives Molefe and Co. have attempted to propagate is the fact that South Africa needs new capacity – in addition to the outstanding capacity that is currently being installed at Medupi and Kusile.

The facts plainly indicate the country is consuming (and Eskom is supplying) less electricity than it was ten years ago and, despite the economic growth the country has enjoyed since then, the trend remains downward. Demand for Eskom’s power has declined so sharply that it is now far below government’s low demand scenario, as published in the last official Integrated Resource Plan of 2010. See the weekly Eskom demand graph below: Despite being legislated to do so by the National Energy Act, the Department of Energy has not updated the 2010 Integrated Resource Plan (IRP). So we have no idea whether the government views a lower demand scenario in the next ten years as a real possibility. But in its absence, it conveniently allows Eskom to push the need for nuclear.

The second falsehood Eskom executives have peddled is that the cost of renewables makes them too expensive to implement in relation to other forms of energy, such as coal and nuclear.

This is patently false.

South Africa’s renewable energy sector has been tagged as a ‘follower’ by the head of the CSIR’s Energy Centre, Dr Tobias Bischof-Niemz. “As a follower, we are benefitting from one of the most successful subsidy programmes in the world,” Bischof-Niemz told participants at the Life After Coal seminar. “The subsidies provided by the governments of the US, EU and Japan (collectively referred to as ‘the leaders’) did exactly what they intended to do – they lowered the cost of renewable energy to the point where they are competitive with other forms of energy.”

This has translated into a massive benefit for successive users of renewable energy, including South Africa. The cost of supplying energy from solar photovoltaic (PV) panels and wind has fallen much faster over each successive bid window than what the government anticipated through the 2010 IRP.

Cost of PV (per kilowatt hour) over successive bid windows As can be seen from the above graph, the cost of PV is now approaching what government anticipated the price reaching only in approximately 2022. It’s wind in particular that remains a great untapped source of energy in South Africa, according to Bischof-Niemz. One of the criticisms levelled at PV is that it cannot supply base-load power, because the sun only shines during the day. This is not the case for wind.

A joint study commissioned by the CSIR, Eskom, the South African National Energy Development Institute and Fraunhofer IWES – using data over a five-year period (2009 to 2013) for defined turbine types – revealed that South Africa could achieve wind capacity factors of 30% almost everywhere in the Republic. (By comparison, two countries that have sizeable wind programmes in operation, Spain and Germany, operate on wind capacity factors of 25 and 20% respectively.) “Our conclusion was the potential for economically-viable wind farms in SA is virtually unlimited.”

While there are significant fluctuations in the energy capture of individual turbines, an optimised placing of 100 different farms across the country would mitigate the volatility and deliver consistent, reliable power into the grid.

The CSIR also reviewed Yelland’s model to ascertain the accuracy of his conclusion that nuclear would supply energy at a levelised cost basis of R1.30 per kWh. “We re-engineered his model and we found his numbers to be credible,” says Bischof-Niemz. The numbers (shown in the graph below) do not factor in externalities such as pollution and carbon dioxide emissions into the cost of coal for example. So Eskom continues to misinform, misrepresent and restrict information that does not support the narrative it is so desperate to construct. Why? Because it does not serve the narrow interests of the political masters they aim to please.

Time to smell the roses guys.
Molefe is Zupta’s man, through and through. He was put there so that he could spin this web, that SA had to have nuclear. Now that he has got the message across he will become Finance Minister. On the 2nd of November the court will find some tiny minuscule issue with Gordhan’s case and government will come out howling for blood. How can SA possibly have a Finance Minister who now has an insignificant judgement against him. Some silly early retirement thingy with a rehiring. Standard business practice. He will then be forced to resign, correct he won’t be fired that would reflect badly for the cANCer. We will be told he left of his own accord and Molefe will become Finance Minister. Bingo state capture complete, zupta has his money puppet in charge of the Ronts. Ms SAA will get her money to play jets, Cloudy will have SABC to play with and Escom will go ahead with a nuclear plant and the pigs will be at the trough.

This gentlemen will make the Arms deal look like tuck shop sweets theft.

Who the hell is interested in the country? Surely not zuma and his cronies all sipping marguerites on a tropical island some where. Self imposed billionaire exile.

Why let others finance, build and maintain plants that generate cheap electricity that Eskom can buy cheaply and make a handsome profit on reselling to the good people of SA.

dumbest idea I ever heard of.

spend a trillion, complete late, at a huge per kwh cost. Much better idea.

Molefe is an idiot – remember when his son (who is very much ‘privelaged’ by wealth) was arrested for leading initial ‘fees must fall’ protests that led to artworks being destroyed and campus damage.

One only has to read the power report that just came out to see what a joke eskom has always been.

Renewable’s represent a natural privatisation of public service, enabled through technology. Eskom’s only future function is redistribution through the grid.

Decentralised renewable power should be available to everyone within 10 years, making eskom obsolete.

Eskom is a dinosaur that cannot or doesn’t want to see that the world of power generation is turning towards renewables & clean energy – not dark,dangerous,costly, nuclear.We don’t want to be economic slaves of the IMF/World Bank, China or Russia – or all three.

So Molefe joins Myene, Hlaudi, Sheepie-Shaun and all the other Zupta783 cadres. How can SA survive with all these incompetent cadres at the helm???