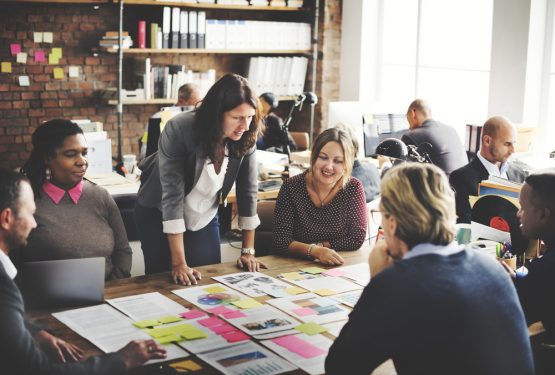 Most companies' customer focus is in an appalling state as shown by poor service delivery and customer neglect, the writer says. Picture: Shutterstock

“Follow the money”, they say, “and you will get to the essence.”

Do that with any company or business and you will confirm a self-evident truth: it comes from the customer.  But here’s a more relevant proposition: follow the meaning! Do that and you are most likely going to arrive at the same point – the customer. Imagine, if you will, what an honest response would be if you asked any business leader: “what’s the meaning of your business?” or “what difference does your business make?”, and “what value do you add?” Will that not reflection their real calibre? Compare the possible answers of Tesla’s Elon Musk and Enron’s Jeff Skilling. It was a similar question to Skilling that brought the Enron empire down.

It’s a question I regret not asking enough on the business programme Diagonal Street many years ago. But it’s certainly a question that’s become far more relevant today against the background of King IV, and going back further to Ed Freeman’s “stakeholder theory”; John Elkington’s Triple Bottom line; and Kaplan and Norton’s Balanced Scorecard. And in their wake: clutter, clutter, clutter: sheets of brown paper with endless bulleted scribbles plastered floor to ceiling on walls of conference rooms, offices and barely missing the office loo. I was present at one of those sessions, when Martin Rosen of Pick ‘n Pay exclaimed: “For heaven’s sake; we are not trying to invade Spain!” The clutter clearly has some value, but all can be distilled into one powerful postulate:

The health and success of a company depends on the meaningfulness of its relationships.

They include the mutually empowering relationship between meaning and money; meaning and means; and meaning and form. The above theories don’t do that very well. Indeed in some cases they create huge volumes of work, resentment, conflicting positions, inappropriate definitions, activities and targets that are difficult to reconcile, especially with the final shareholder accounts that drive the organisation. The Contribution Account© (see format examples here) is the closest you will get to the shareholder accounts; is absolutely reconcilable with them and condenses all of the volumes of information crammed into an integrated report into six or seven lines: income; (less) outside costs; (gives) value-added; (shared with) labour; capital, and state. The abstracts take human form in: customers, suppliers, employees, government and shareholders.

Customers. Hierarchical rankings are mostly juvenile and silly, but if psychologists are right in arguing that meaning is found in the contribution we make to others, then following meaning and following money both lead to customers. That makes them the most important relationship of all. MBA schooling that often defines the market as an “exploitable resource” in profit pursuit is crassly inappropriate, and simply untrue. Perhaps equally inappropriate is to relegate customers to “stakeholders” under Freeman’s theory, or one of the beneficiaries in “creating value for all” under King IV. Being market-driven means being driven by customers’ needs and wants within the rules of ethical, mutually fair and legitimate transaction. That is subject to only one higher order, and that is the interest of society as a whole as expressed in its values, norms and laws.

Those rules do not detract from business’s natural external focus and being the most inclusive institution we have devised. Indeed, those who see the service driver as a “mushy”, soft and ill-disciplined act of charity, fail to recognise that it actually supports sound business principles of prudence, sustainability, productivity and maximum efficiencies. That’s rooted in the understanding that going out of business is the ultimate customer let-down and inefficiencies are mostly paid for by the customer.

There can be no tougher test of any action, behaviour, asset or measurement than simply asking: “does it add any value and is it in the customers’ best long-term interest?” The perfect order is when the interests of society, customers, and the company are aligned.

Customers’ interests should also inform any regulator, policy maker, lobby group, trade union and outside supplier or even a competitor whose actions may impact on a company that is providing a product or service to their society. Including competitors may seem to be a paradox. But only an insecure, immature, inwardly-focused organisation will view competition as an enemy, and not as offering customers a choice while creating benchmarks for excellence and innovation. Enlightened business practice distinguishes between competitor co-operation and collusion, with the former in the interest of customers, and the latter for self-gain.

Outside suppliers: A meaningful relationship with suppliers goes beyond text book theories of being supportive and empowering. Ultimately they have to be subjected to the same customer interest lens, which, if taken seriously enough, will preclude questionable practices such as nepotism, bribery and corruption. (As an aside, I include environmental care in this section, albeit not always quantifiable.)

Here’s an example of how being service-driven supports sound business practice: because outside suppliers are mostly the biggest cost to value added or wealth creation (income less outside supplies = value added) it is tempting to follow the trade union call to eliminate outside contractors or outsourcing and do everything internally. Taken to extreme, you could also argue that all companies should generate their own electricity, make their own paper, build their own computers, etc. None of this would make sense in ensuring the customer gets the best product or service at the best price. It would also not make business sense. Suppliers have become a favourite instrument in economic transformation policy. The question seldom, if ever asked is whether it’s in the customer’s interest.

In this article I have dealt only with the two main categories of wealth creation: customers and outside suppliers. There’s even a bigger problem of dysfunctional relationships in wealth distribution, which I will cover in a future article. But we don’t need more evidence to demonstrate that most companies, and even the country as a whole, simply do not get it. Our customer focus is in an appalling state as shown by poor service delivery, customer neglect, streams of cases before the Competition Tribunal, lack of competitiveness, and poor levels of innovation.

Some may argue that we are essentially a free market economy. But that’s a very far cry from being market-driven or even market-orientated. It is the latter that gives meaning… and money. 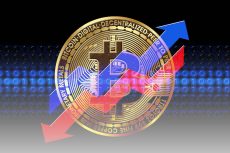