In Zimbabwe, farm and domestic workers’ earnings cannot buy a loaf of bread a day for the whole month.
By Cathy Buckle 10 May 2021  11:00 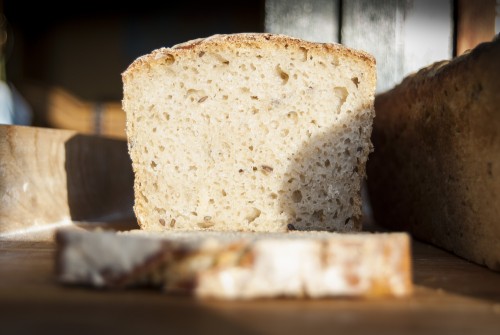 Workers are enslaved and starving, but for each member of the national roads administration – a Christmas hamper worth R135 240. Image: Shutterstock

In our beautiful wide blue skies of early May, winter warned us she was near and sent a cold wind, grey sky and unexpected rain this week.

Temperatures overnight plunged into single digits and during the day into the low teens. Zimbabwe got out her blankets and put on her woolly hats. Half an inch of rain gave us a welcome top-up of water as we prepare to go into the next six months of dry.

On the kopjes the curled clumps of tussock grass which had already dried up revived briefly and were tinged with a beautiful orange flush, and in our gardens the aloes are covered in orange flowers and alive with sunbirds.

Winter 2021 in Zimbabwe looks to again be a time of beauty, hardship and ever more corruption which now seems to be the national pastime.

In the past fortnight the latest corruption scandal has been exposed and we have followed it with gritted teeth and clenched knuckles as we slam into potholes, zig-zag around gullies, tip sideways on steep eroded road edges and sit at endlessly slow queues at toll gates on the highways.

The shame of it

The latest corruption is at Zinara (Zimbabwe National Roads Administration) and was exposed in parliament by the Auditor-General’s reports for 2017 and 2019. Zinara collects fuel levies as well as vehicle licence and registration fees and toll gate fees, and pays them into a road fund that it administers and allocates to road maintenance.

After the audit it didn’t take us long to understand why our roads are in such a diabolical state, as if we didn’t know already.

In the 57-page report the irregularities in Zinara for just two years included how in 2018 each Zinara board member received a Christmas hamper worth US$9 600 (R135 240).

That’s a lot of money in a country where the average civil servants’ monthly salary is less than US$200 (R2 817).

The Christmas hampers were accounted for by Zinara as expenditure for ‘office supplies’.

There were two contracts for the supply of graders, the second one wasn’t tendered or even put in writing. To buy the graders Zinara paid Univern US$17.3 million, an overpayment of US$1.2 million (nearly R17 million).

To maintain the graders Zinara paid Univern US$5.2 million, an amount not tendered for and not even due because the graders were under warranty.

When the graders arrived in Zimbabwe there were “lavish ceremonies”.

The promotional material for grader commissioning cost almost US$23 000 dollars, equivalent to an average civil servants salary for nine-and-a-half years.

The 57 pages of shame also included stories of gym equipment and hairdos, software and non-existent projects, undoubtedly the tip of the Zinara corruption iceberg funded by all Zimbabweans; by our road levies, licences and toll gate fees.

While the Zinara looting was being exposed, Zimbabwe Congress of Trade Unions president Peter Mutasa spoke on May Day, his words exposing the huge contrast between the fat cats and ordinary Zimbabweans.

Mutasa said: “… we took a wrong turn in November 2017 when we supported the coup hoping that there will be progress”.

“Our transport system is pathetic … people are forced to stand in queues for hours to board the few available Zupco buses … over 83% of urban dwellers are not able to buy basic foods like bread, cooking oil and mealie meal.

“Over 70% are in poverty and 40% in extreme poverty … The majority in poverty are workers whose salaries have been eroded due to fascist government policies.

“Workers are enslaved and starving …”

Shortsighted commentators tend to accuse the capitalist system of exploitation because some service providers are wealthier than some consumers. They conveniently ignore the fact that the biggest inequality is seen between the politically connected few, and the rest of the population in socialist countries.

Property rights ensure that a slave is better off under a capitalist system than a free man is under a collectivist system. The slave has capital value and is an asset to the owner who will protect his investment with good food and housing. Any slave lived like a king compared to the average modern Zimbabwean where the wage cannot provide adequate basic nutrition to sustain life.

There is no incentive for the collectivist leader to protect and feed citizens. Collectivism enables and rewards the plundering of the shared resource, while the system of property rights incentivizes accountability and rewards individuals for protecting the resources.

Poverty and hunger are logical manifestations of the land grabs under Mugabe. This implies that the communalist voter used the ballot box as a tool to impoverish himself. In communalist countries, the ballot box is a giant malfunctioning vacuum cleaner that sucks up the value of human lives and dumps it in the trash can of hopelessness. The locals proudly branded this vacuum cleaner as “freedom from oppression”. The communalist mindset always chooses suffering and famine over law and order.

I concur yes but freedom comes at a cost one is only truly free when your mind is free. The collectivist mindset still creates the breeding ground for enslavement and this is how communist governments and countries wield their authoritarianism on the population. To communists freedom is to be liberated physically but controlled mentally. That’s why there’s always a massive imbalance when the mind is controlled the body will follow if you keep telling a lie eventually that very lie will be believed “I think Hitler said so”( do speak under correction). I am not sure about SA’s position but God forbid that things genuinely turn to the reality and life in Zimbabwe to what SA could become. Remember should we get there it could be far more worse than our African Allies. From the written piece Zimbabwe can only save themselves no development finance, no foreign donor, no development agency, no international humanitarian agency, only those themselves can save themselves. History shaped us, the present dictates us, the future sustains us, until we place humanity and value in the same sentence only then will these generational curses be broken.

No one mentioned pre-1994 in South Africa that one is only free when the mind is free or when one has obtained economic freedom. How do you propose that these very opaque definitions of freedom get monitored?

Socialism… Where everyone is equal except the “leaders”.

From what I quickly researched on Univern, its seems that the owners are Laurence Sher and Musekiwa Kumbula with Serge Levy as CEO. Whites doing very well in the old colonies?

They seem to have a steel grip on Zinara, almost as tight as the Guptas had on Eskom.

If you think Whites are to blame for the disaster that is Zimbabwe you are delusional. When Blacks treat Blacks like dirt no one gives a damn. If Whites were involved you can rest assured the ANC would be taking the situation seriously.

I obviously don’t think that whites are to balme for the mess that is now Zimbabwe – if you read my comments you would know it,

My amazement is that a white clique of businessmen have done so well in a country that murdered white farmers and looted their land and properties.

It would seem therefore, that some whites in Zimbabwe have been smarter than others.

I’m trying to reply but it’s been “withheld me for moderation” again. Last time I emailed Ryk and it got resolved tout suite. I’ll have to rethink my subscription, again. Note to moderators: “tout suite” is not racist or offensive.

Maybe they are good at business. Why does all ‘white’ success have to accompanied by a rigged system?

Whites are definitely not to blame for Africa’s woes….but some sure are exploiting the situation!

Thank you Cathy. Lovely image of the broad in the article (reminds me of SASKO’s ‘Low GI Dumpy’ series of loafs…)

But IF that image is home-baked from your oven, then I will have to come and visit you once a year. My PP is still valid last time I checked.

Your contents read like a good story, albeit with plenty of witnessing the ‘hard African life’ around you. Remember, Zimbabweans were once oppressed. Now they are free. Have they forgotten that?

So where’s the lovely pic of the broad?

If you do then tomorrow you will be mobbed by all the people that demand the same !!
This is Africa.

The government was on T V yesterday saying “There are no problems.” South Africa are you watching???

You placed your little X next to ZANU-PF. Again & again. Please enjoy

Who needs bread when you have FREEDOM FROM COLONIALISM!!!

Whips excite me 5 months ago

Where is Mbeki? Still practising quiet diplomacy sir? Two decades later and the African solutions to African problems are nowhere to be seen…

Those who were around during Ian Smith’s time wish he were back. I was told this by a Zimbabwean back in 1986 already. Infrastructure was failing then already.